The Kingsport Times, 30 April 1944
Private Billie Faust Hicks, 19, son of Mr. and Mrs. W.D. Hicks, Route 1, Kingsport, was killed in action in Italy, April 3, according to a message recently received from the War Department by his parents.
Private Hicks, who had been in service since April 8, 1943, had been overseas since October, 1943. Private Hicks, who attended Blountville High School, was formerly employed by the Kingsport Press.
Surviving are his parents and four sister, Mary Ella Hicks, Ruth Hicks, Trula Hicks and Peggy Anne Hicks. 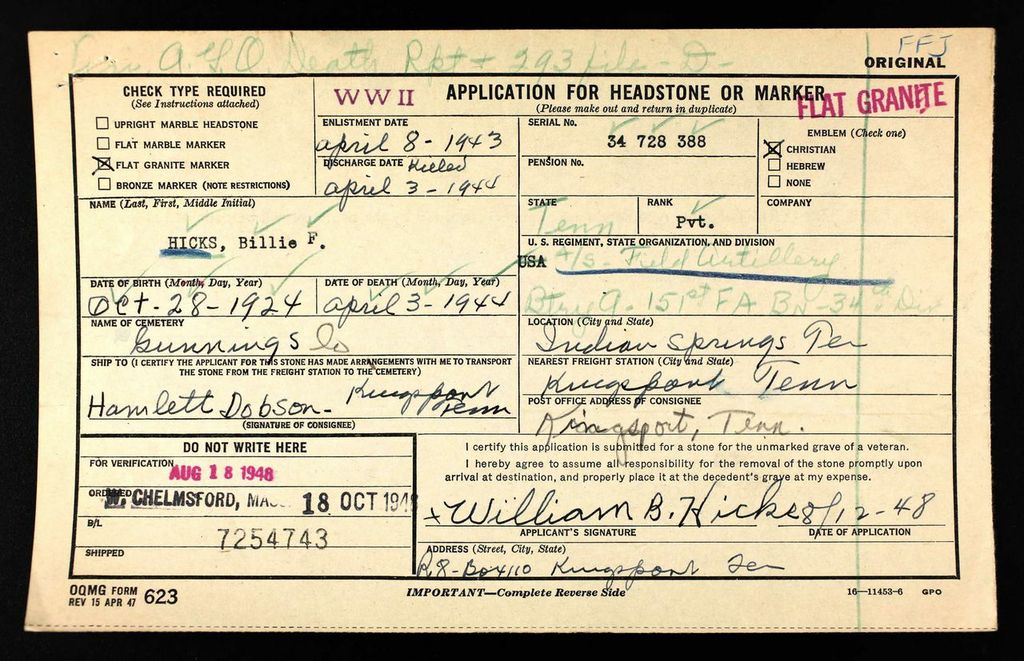 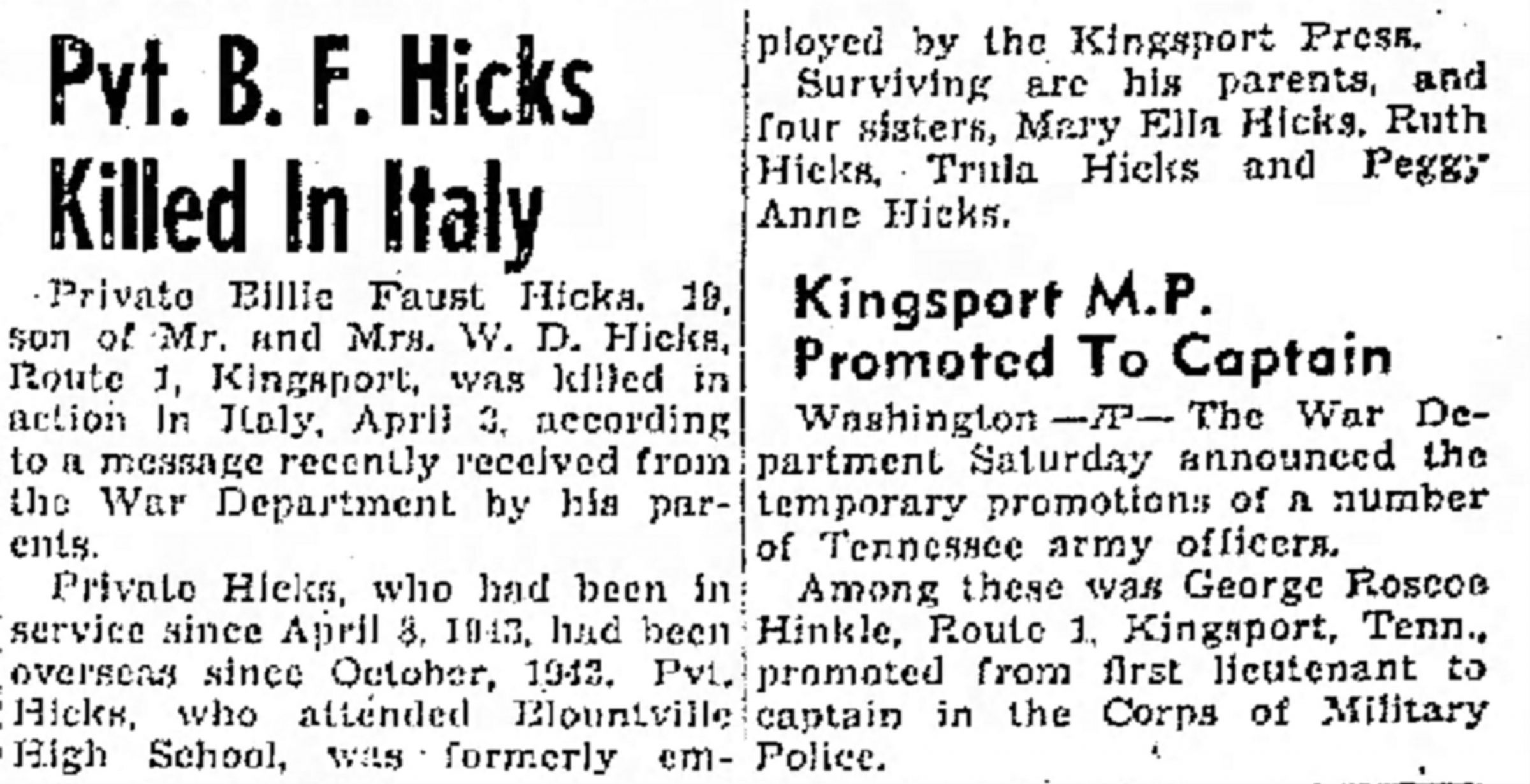