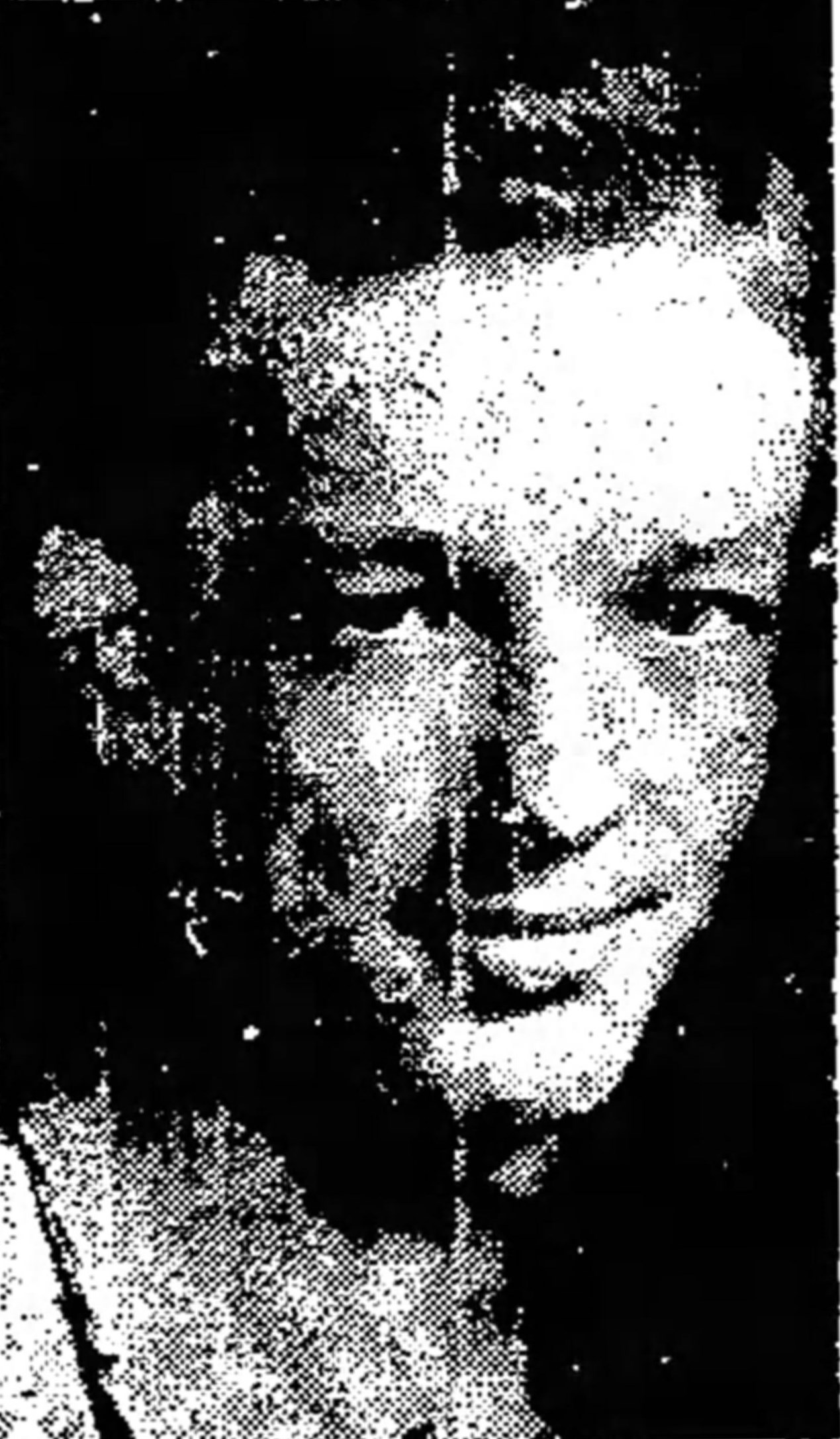 The Kingsport News, 1 July 1948 Soldier killed on Luzon is returned. The body of Pfc. Bill Monroe Bradley, 20, who was killed March 8, 1945, on Luzon, arrived in Kingsport at the Clinchfield Railroad Station at 2:15 p.m. Wednesday, accompanied by military escort from the Charlotte N.C. Quartermaster Depot. A color guard of the DeWitt Byrd Post, VFW, will meet the train. Pfc. Bradley was the victim of a land mine explosion while his squad was on patrol near Antipolo on Luzon Island, the Philippines. He was a member of Troop E.,  Cavalry Division, U.S. Army. He entered service October 8, 1943, trained at Ft. Oglethorpe, Ga., and Ft. Sill, Okla., and went overseas from Ft. Ord, Calif., in May, 1944. He attended Holston High School. Surviving are his widow, Marie Pippin Bradley; a son, Bill M. Bradley, II of 1392 Bristol Highway; his parents, Mr. and Mrs. Walter Bradley; three sister, Joan and Estelle Bradley and Mrs. Howard Greer; a brother, Wallace Bradley, and his paternal grandmother, Mrs. John Bradley, all of Johnson City Highway, and his maternal grandmother, Mrs. John Morrell of Stanford, Ky. Services will be held Thursday at 2 p.m. at Hamlett-Dobson Chapel with the Rev. E.C. Allgood in charge. Burial will be in the City Cemetery with Hammond Post No. 3, American Legion, in charge of military services. 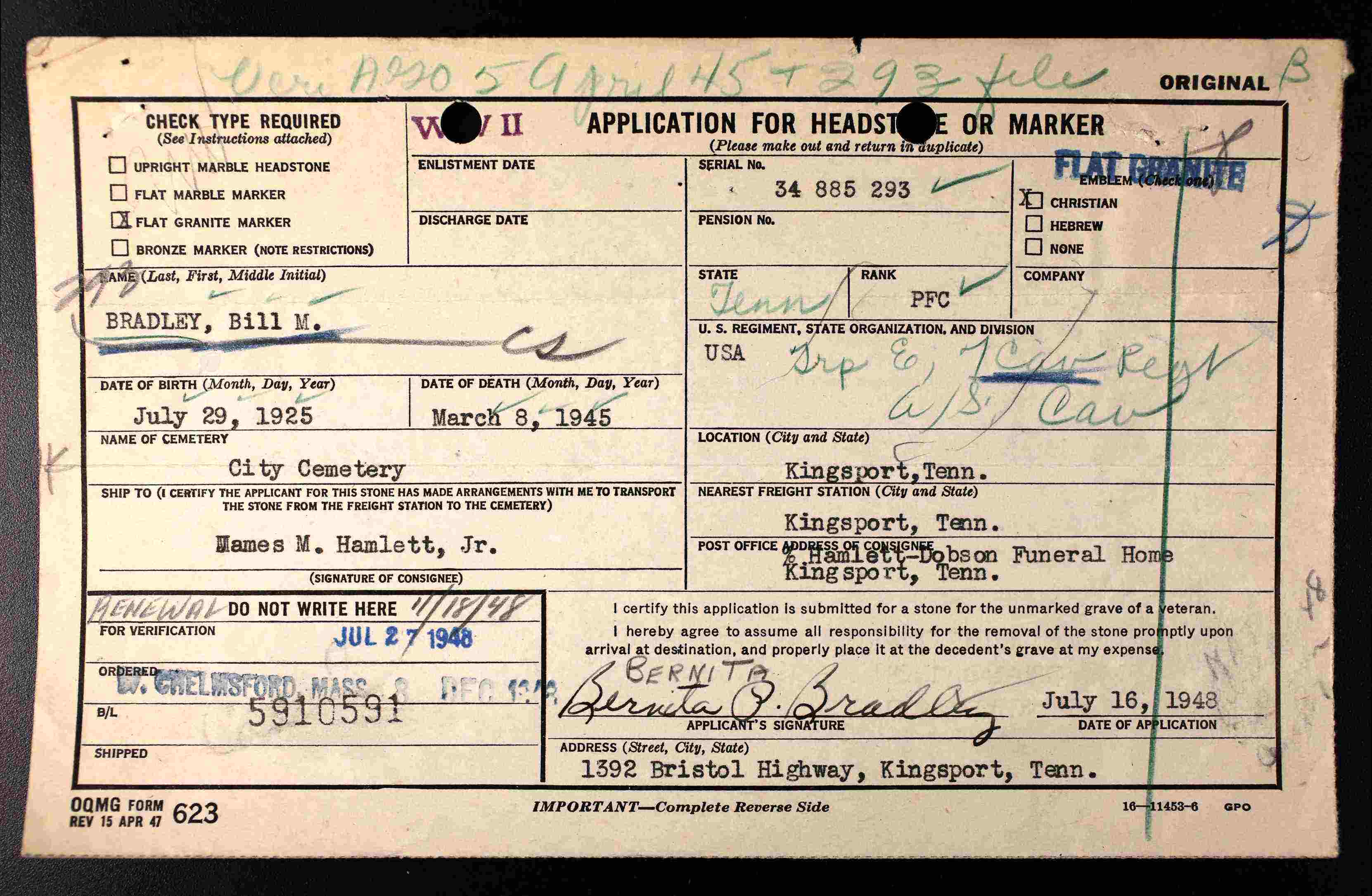