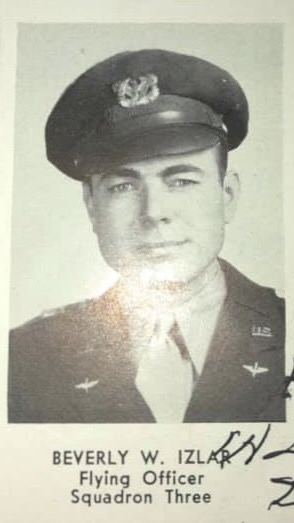 “Funeral services for First Lieutenant Beverly Welford Izlar will be held Tuesday at 2 p.m. in the National Cemetery, Chattanooga, Tenn. Lieutenant Izlar , the son of the late Sydney O. Izlar and Mrs. Mildred Izlar of Hot Springs, N.C., was killed in a plane wreck while on a routine flight in England on July 24, 1945. He was also survived by sister, Mary Lee Izlar. He went into the Army on January 15, 1941, at Fort Oglethorpe, Georgia receiving overseas assignment in June 1944. Before entering the service, Lieutenant Izlar was an employee of Sterchi Brothers store here. He was a Navigator with the 32nd Squadron, 314th Troop Carrier Group.

“Lieutenant Izlar had received the Presidential unit citation for the invasion of Normandy with two bronze stars added for the invasion of Germany and for the evacuation of wounded soldiers from Holland. He was stationed in France at the time of his death.”
-Adapted from the August 14, 1948 Kingsport News, Kingsport, Tennessee

In Memory They Are Not Forgotten.

The crash was found two days later at 5 oclock in the afternoon when Sergeant Pridgeon, an RAF cypher clerk, and his girl friend came upon the wreckage of a Skytrain whilst out walking. He knew of the Lancaster bomber that had crashed at some point on the mountaintop they were on, just nine weeks earlier, and he thought that he had come across the scene of the Lancaster bomber wreck. It was only when he came upon the dead bodies of the crew that he realized that he had come across a new crash scene. It appears that the Skytrain hit the high ground, when the hills were shrouded in low cloud as they so often are.” 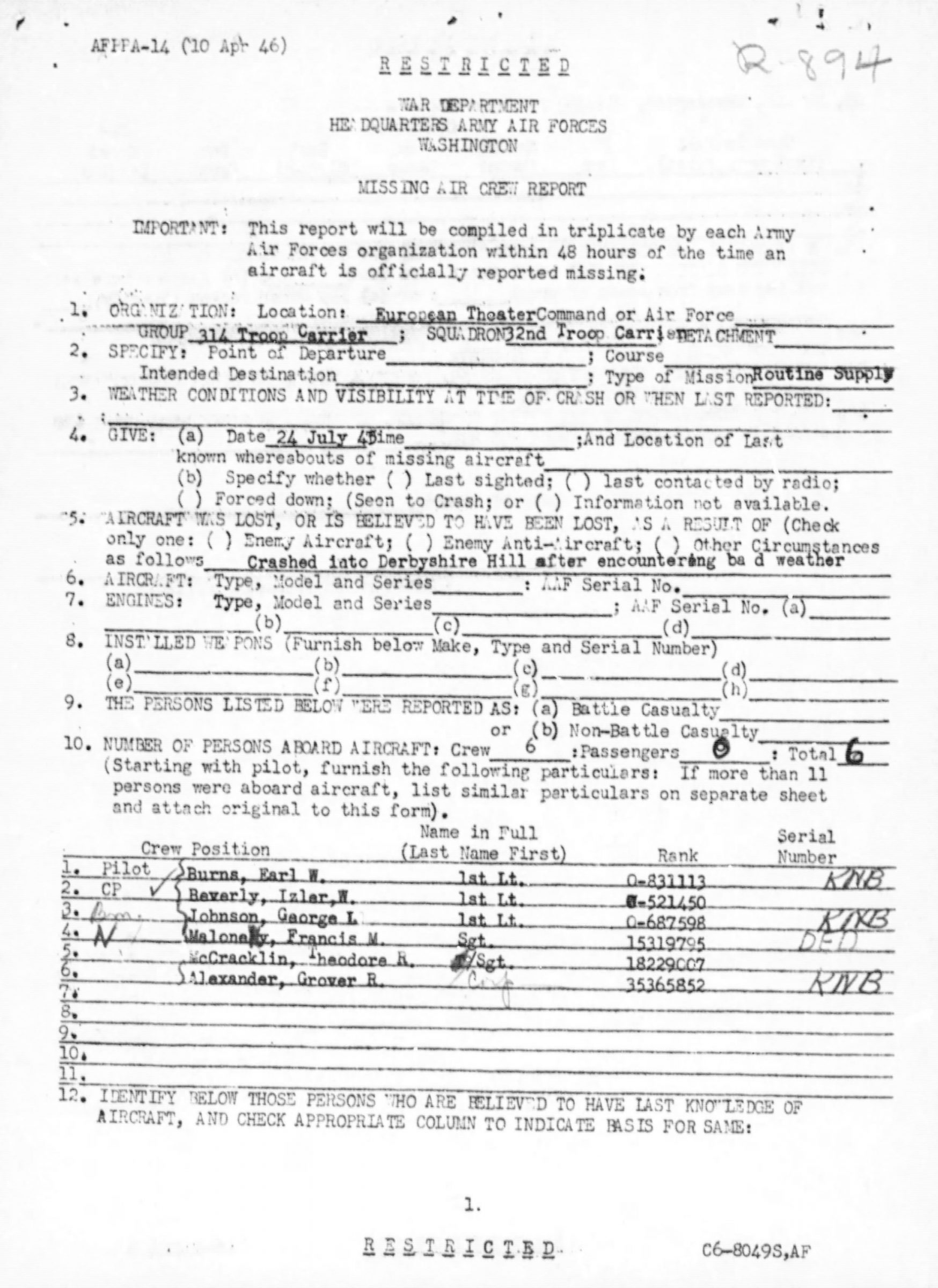 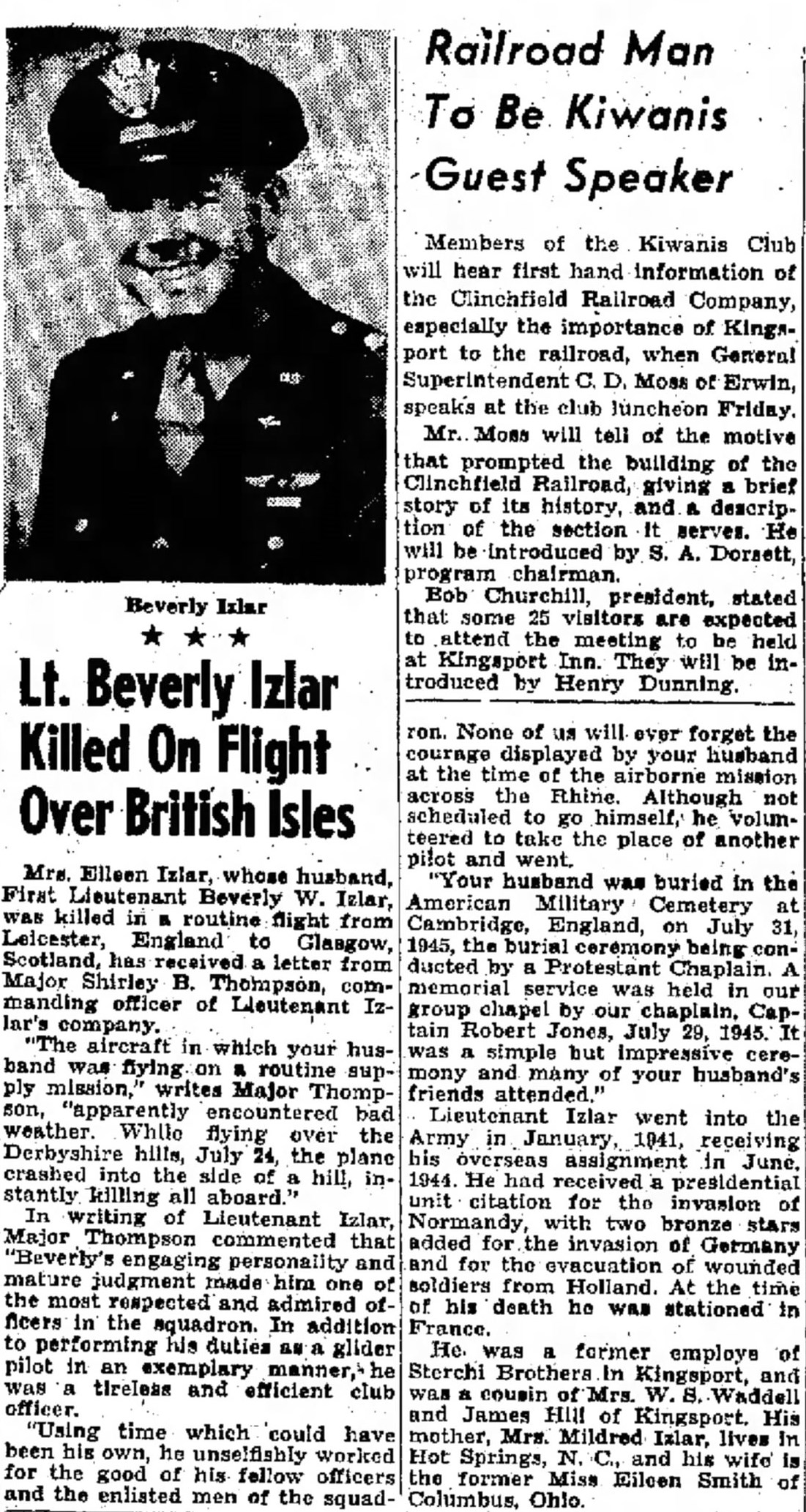 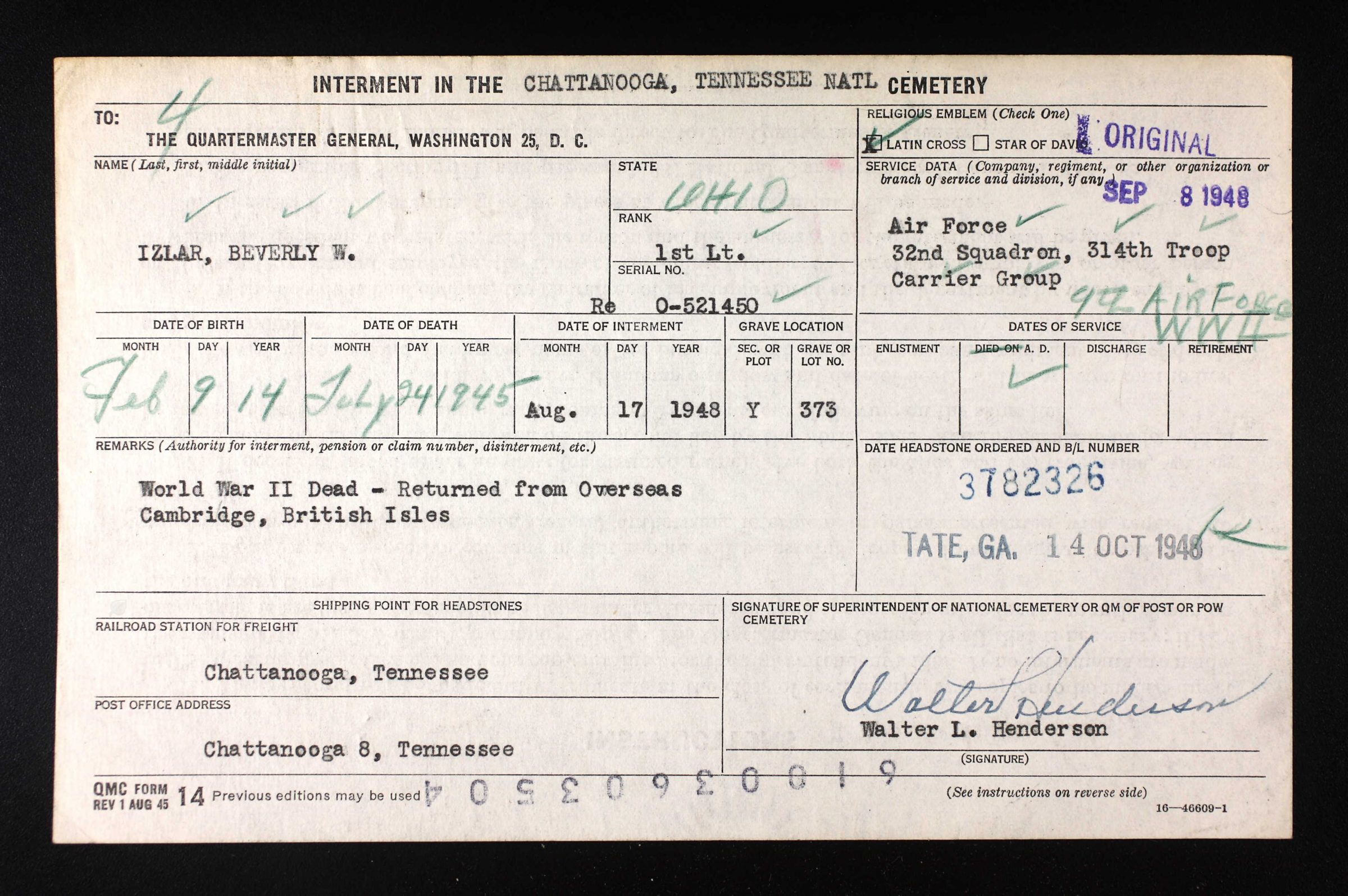