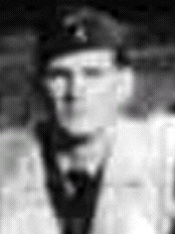 First Lieutenant Swingle was the co-pilot of a B-29A Superfortress Bomber with the 345th Bomber Squadron, 98th Bomber Winger, stationed at Yokota Air Base, Japan. On November 19, 1952, after completing a successful bomb run on Souch’on, Korea, his aircraft was badly damaged by an enemy MiG. The crew bailed out a half mile north of Cho’do. His remains were recovered. Buried at Chattanooga National Cemetery, U, 44-Center

The Chattanooga Times, November 26, 1952
First Lt. Beverly A Swingle, a B-29 pilot first reported missing in action in Korea, was killed, his wife, Mrs. Carolyn Tipton Swingle, 549 South Crest Road, and parents, Mr. and Mrs. J.W. Swingle, 5201 Dayton Boulevard, were notified officially yesterday. “It is now my regretful duty to inform you of the death of your son, Lt. Swingle,” Lt.-Col. Frank E. Marek, commanding the 814th Air Base, said in a telegram to the parents. “After an extensive search the body of your son has been recovered. At this time no exact details are available which might point to the cause of the accident. Very shortly you will received a letter containing further information. Please accept my sincere sympathy in your bereavement.”
When he was reported missing in action in a telegram received Nov. 19, it was stated he was serving as a co-pilot of a B-29 bomber on a combat mission over Korea. He had been overseas for four months this time. During world War II he was in the United States Marine Corps. Lt. Swingle attended Red Bank Elementary School and Central High School. He then entered the University of Chattanooga for pre-engineering, after which he attended the University of Florida, being graduated with a degree in electrical engineering. He was commissioned after training with the University of Florida ROTC unit in 1949. He was a member of the Red Bank Baptist Church. Besides his parents, Lt. Swingle is survived by his wife; two sons, Richard Arthur, 6, and Marvin LeRoy, 3; a brother, Everett Thach Swingle of South Pittsburg, Tenn., and grandfather, E.E. Swingle of Hixson. 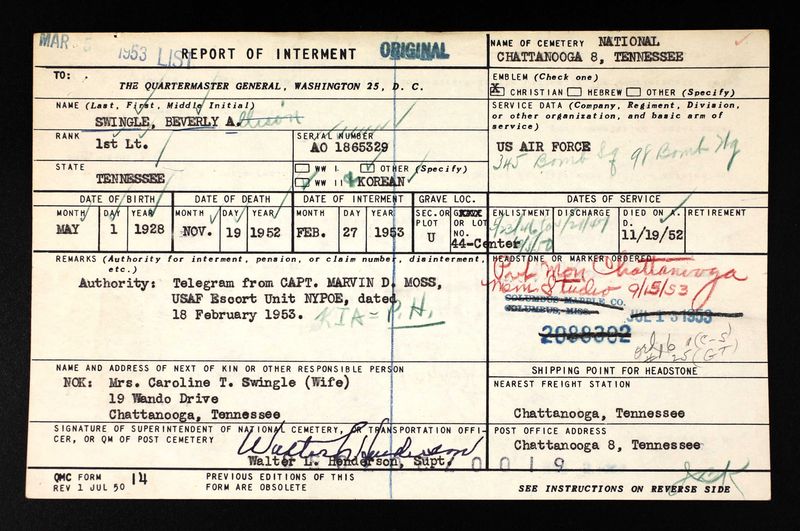 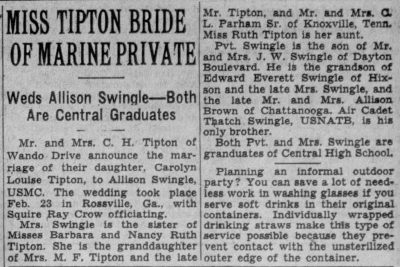 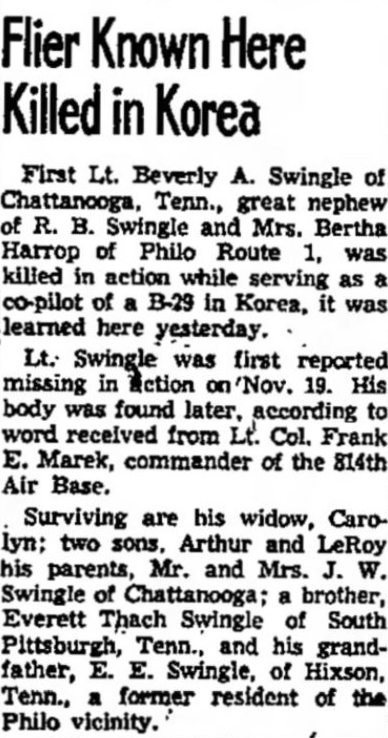 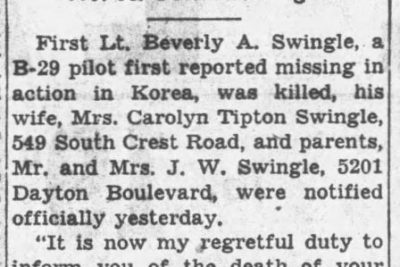