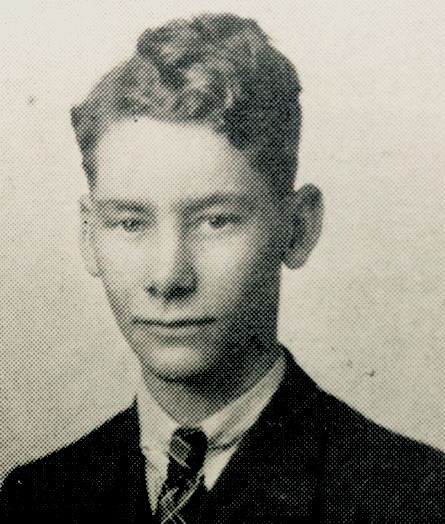 Bert Lee Kidd Jr. was born in Tennessee to Bert Lee Kidd Sr. and Nancy Catherine Tyson.
Graduate of Young High School Class of 1941, Knoxville, Tennessee
456th Bomb Group H, Stornara, Italy
Top Turret Gunner on B-24 Bomber. Plane was shot down over Yugoslavia on a bombing raid.
Enlisted on October 26, 1942, in Camp Forrest, TN, in the Army Air Corps
Buried at Jefferson Barracks National Cemetery, Saint Louis, Missouri, with his crew members from the B-24

Statement
On 13 February 1945, I was flying as Flight Control Officer in Dog 6 position. At approximately 1417 hours, 4635N/1554E, over Marbor, Yugoslavia, I observed aircraft #919, flying in Dog 3 position receive a direct flak hit in the bomb bays. It immediately burst into flames, but under control. The pilot, Lt. George W. Lambert, then pulled the aircraft out to the left of the formation while members of the crew bailed out. Aircraft #919 then fell behind the formation and I saw it go into a spin and crash. I observed five parachutes opening.

The Knoxville Journal, March 5, 1945
SSgt Bert L. Kidd, Jr.,  20, son of Mr. and Mrs. Bert L. Kidd of Neubert, was reported missing in action since Feb. 13 over Yugoslavia, according to War Department notice received by his parents. Formery a filling station employe, Sgt. Kidd volunteered for service with the Army Air Corps in October, 1942. He took his basic and gunnery training in Florida and went overseas in September, 1944. Kidd had completed more than 25 missions as top turret gunner on a Liberator bomber when reported missing. He attended Young High School. 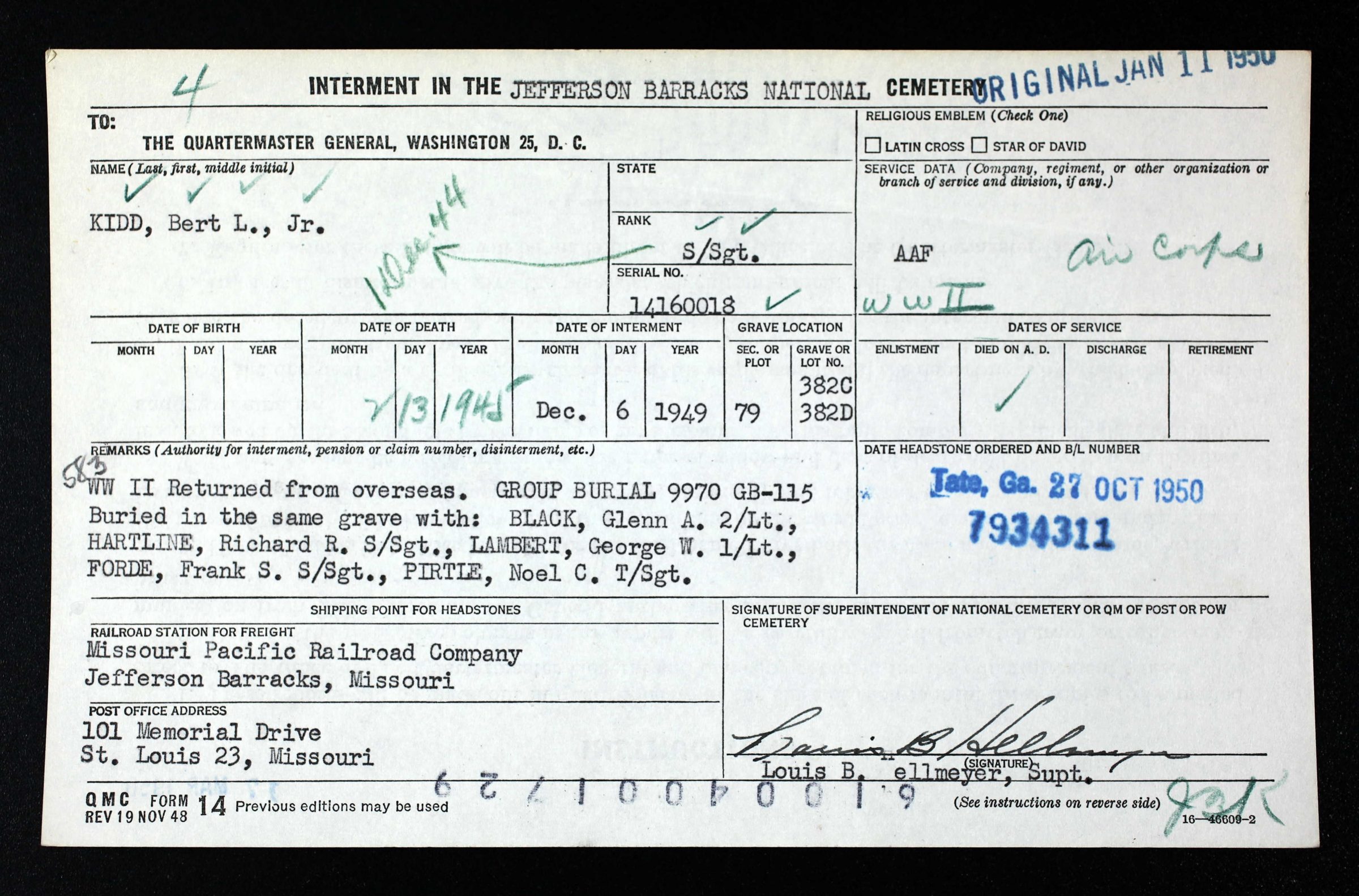 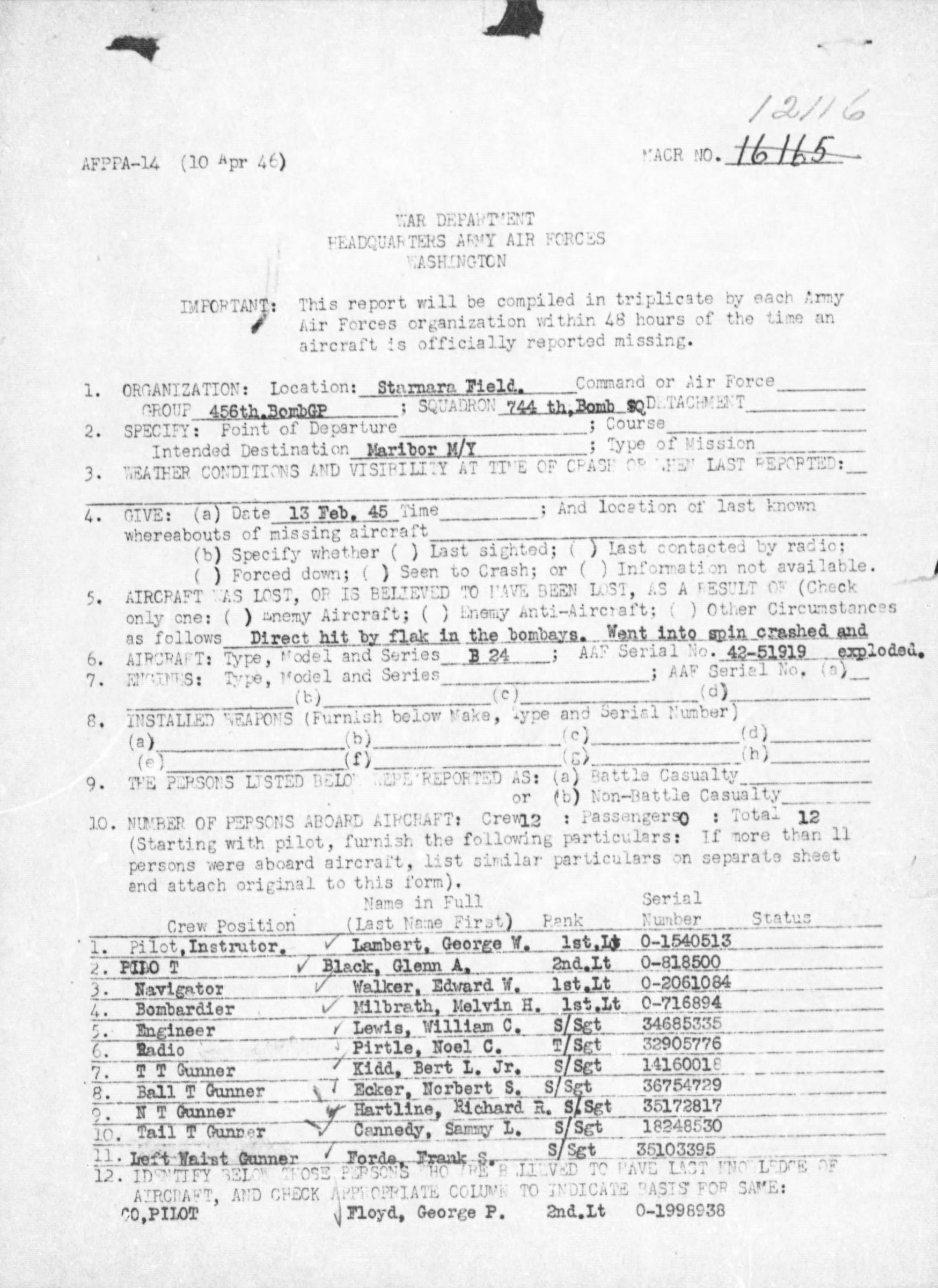 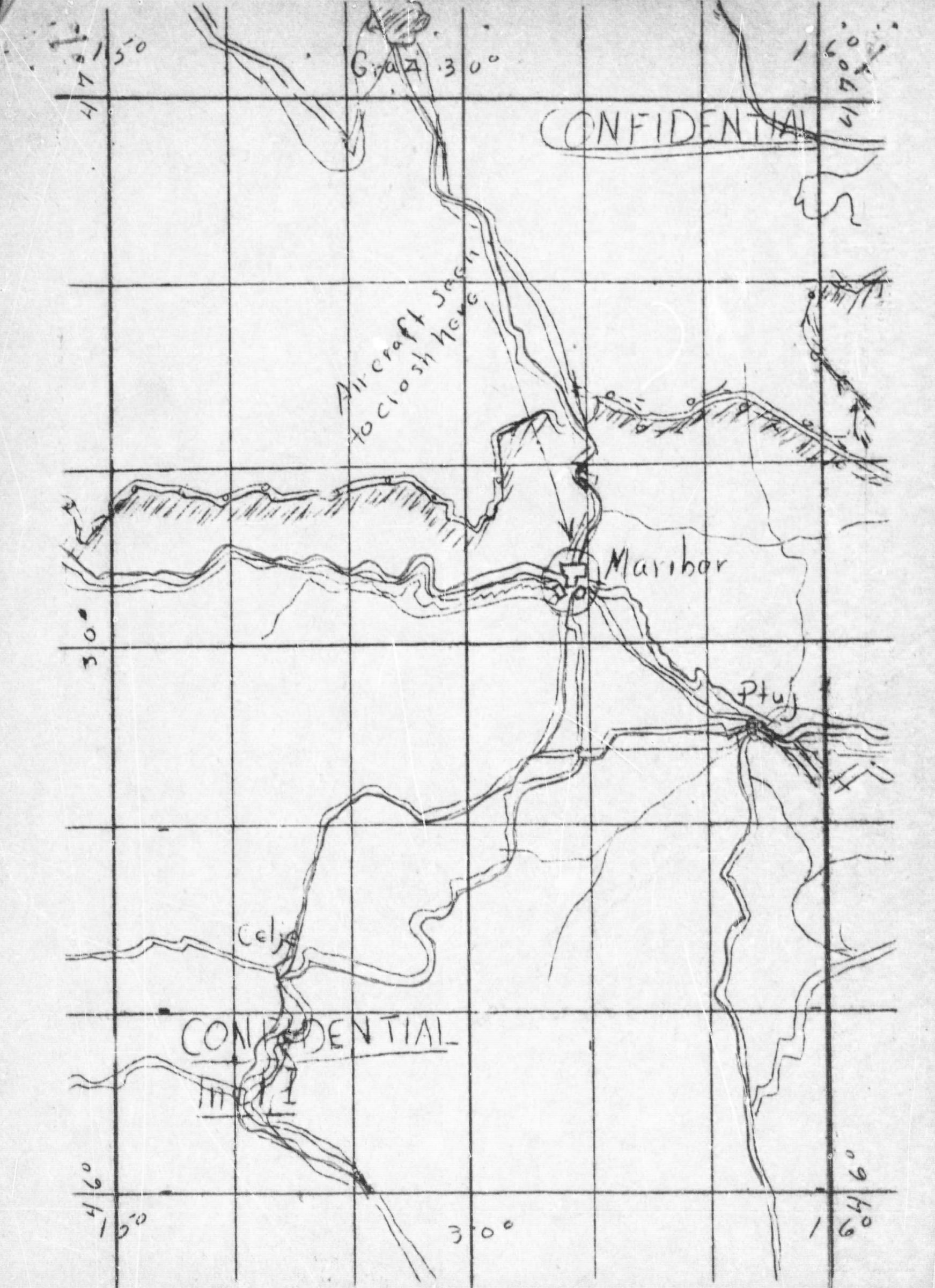 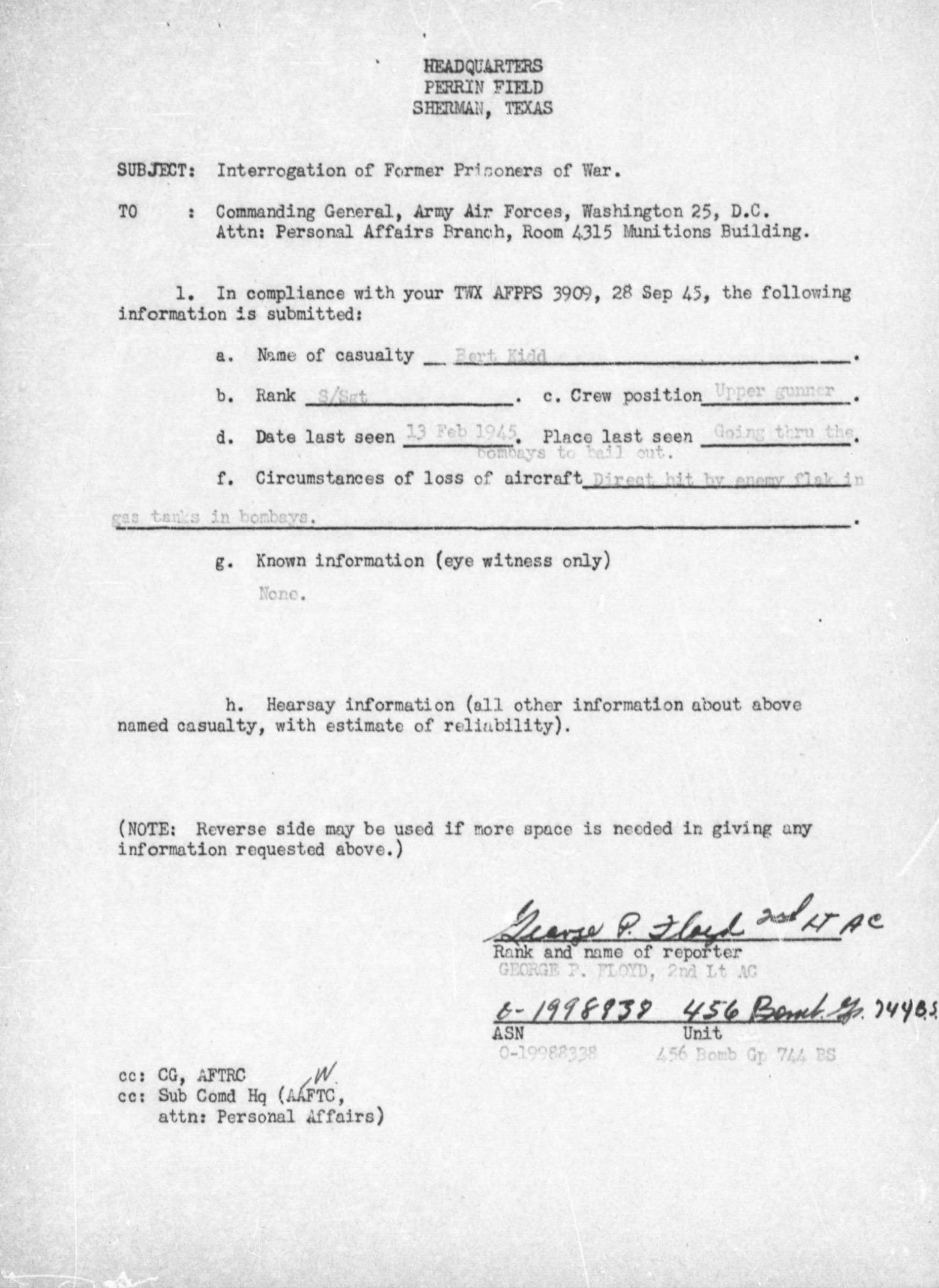 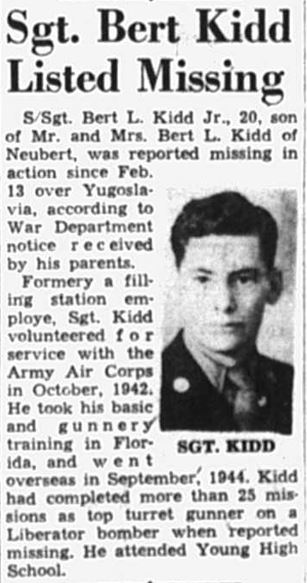