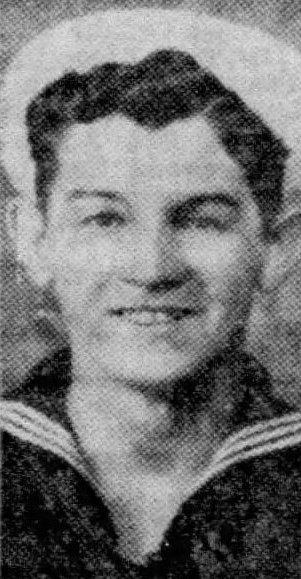 Bernard Henderson Davis was born  in 1925. He served on the U.S.S. Cooper (DD695)
Memorialized at Manila American Cemetery in Fort Bonifacio, Manila, Philippines

The USS Moale (DD693) received her first rude baptism of enemy action while conducting an attack on Japanese shipping and installations at Ormoc Bay prior to the invasion of Leyte. In the short space of four hours on the night of 2 December 1944, the Moale, Sumner (DD692), and Cooper returned the fire of shore batteries, low-flying planes, and surface craft guns. Unaided by other American forces, the three valiant destroyers shot down eight enemy planes and sank three ships. It was during this battle, however, that the Cooper was struck by a torpedo, broke in two, and sank with the loss of 172 men.

The Knoxville News-Sentinel, February 25, 1945
Radarman Third Class Bernard Henderson Davis, 20-year-old son of Mr. and Mrs. James N. Davis, Route 8, was killed in action in the Pacific Dec. 3, the parents have been notified. Young Davis entered service in the fall of 1943, after graduating from Carter High School the preceding spring. He leaves a brother, in the Navy, Seaman Second Class James Arthur Davis; and two sisters at home, Anna Lynn and Betty Carol Davis. He was a member of Riverdale Baptist Church. 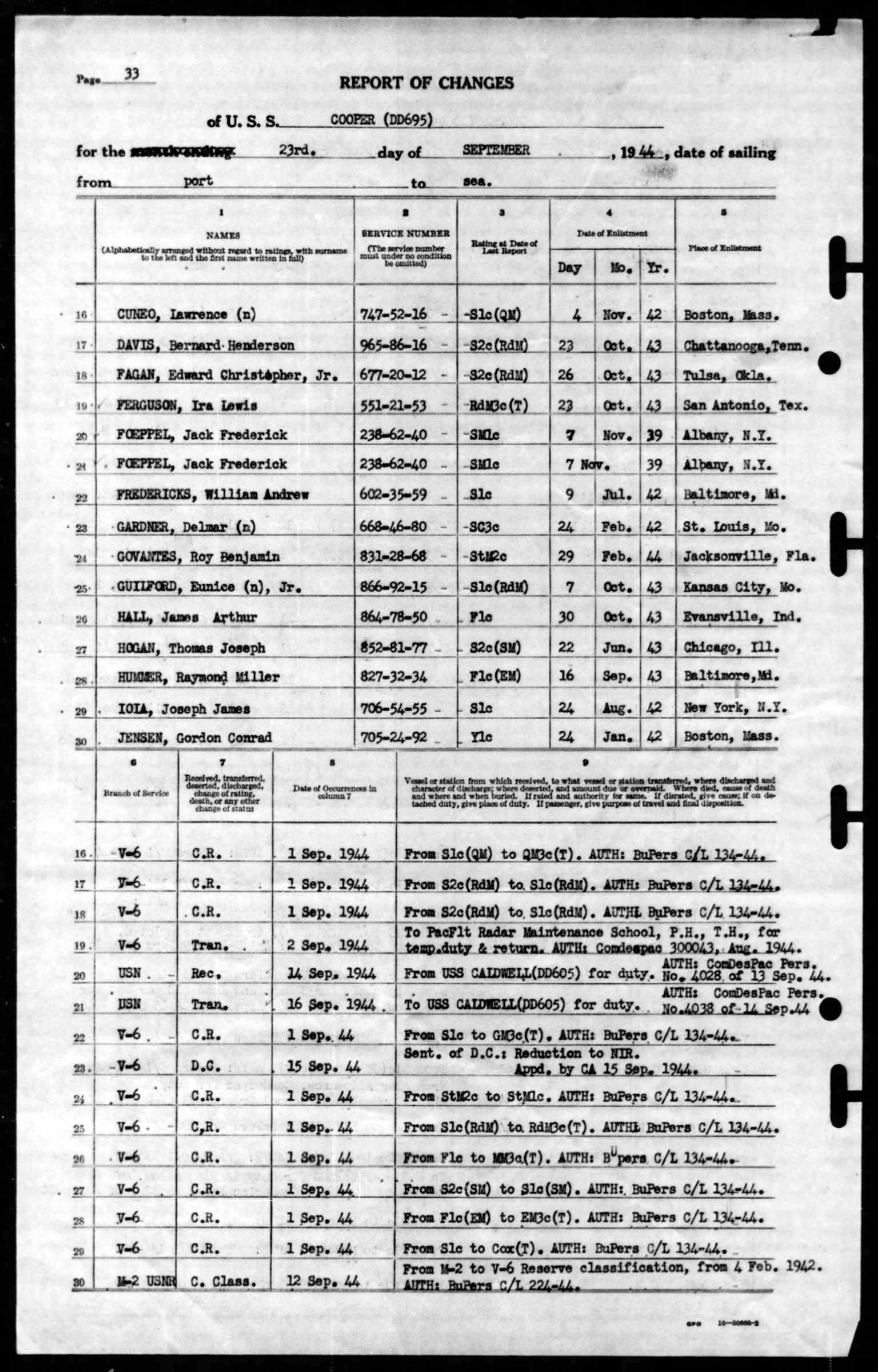 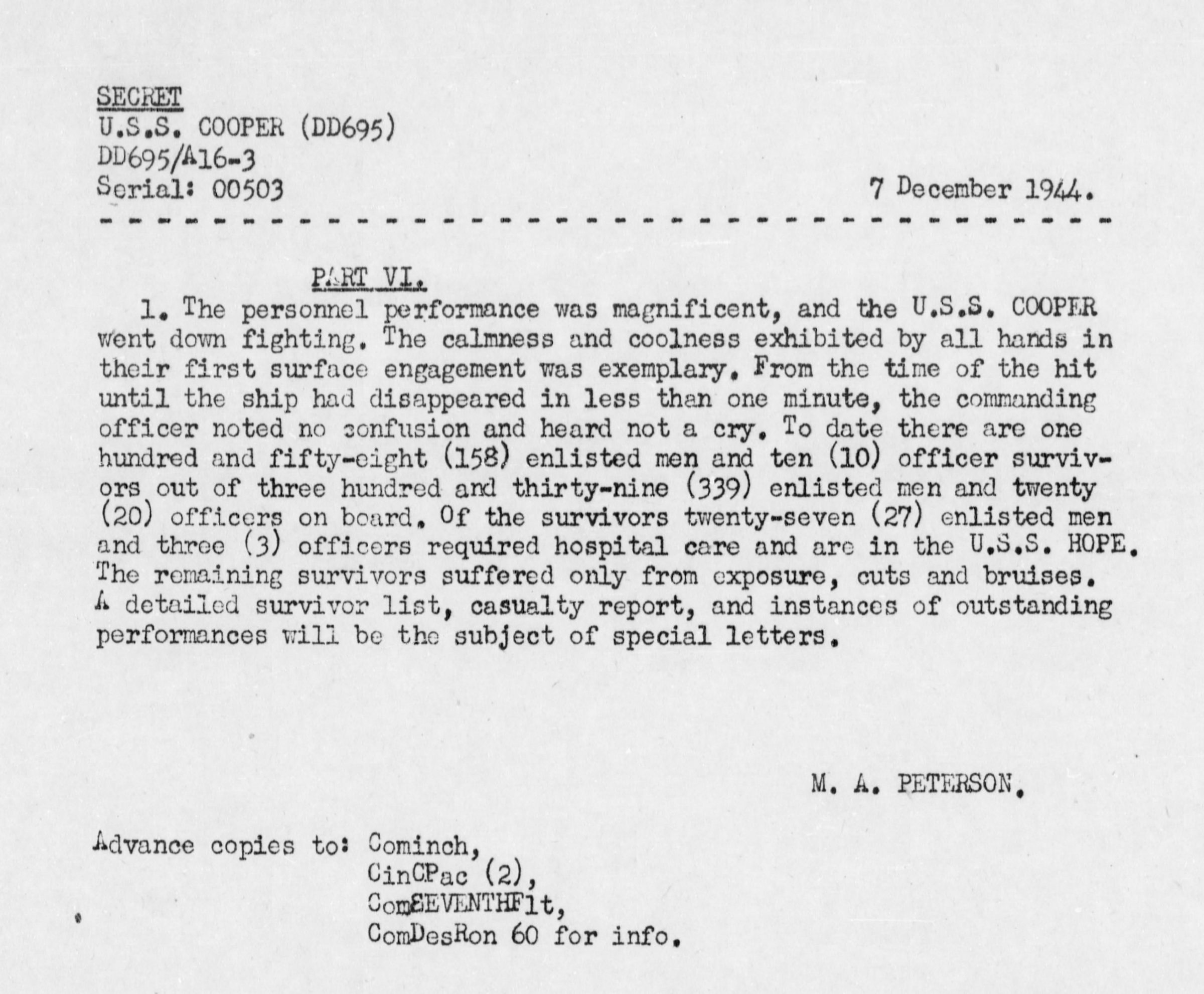 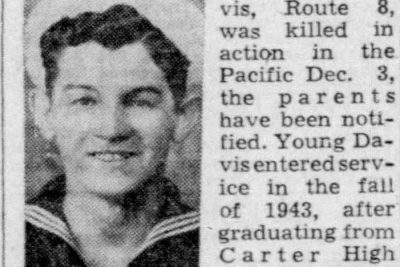 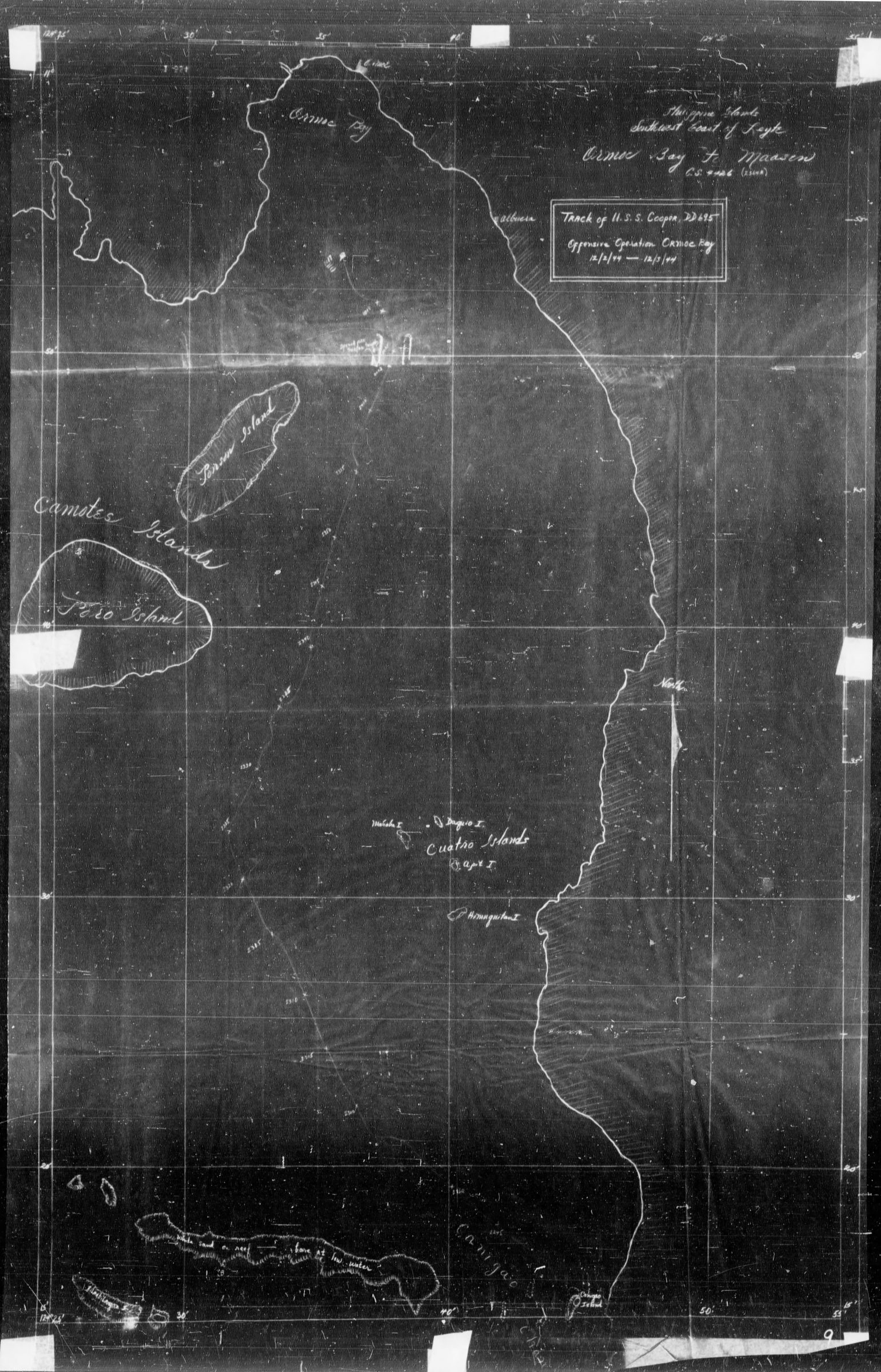 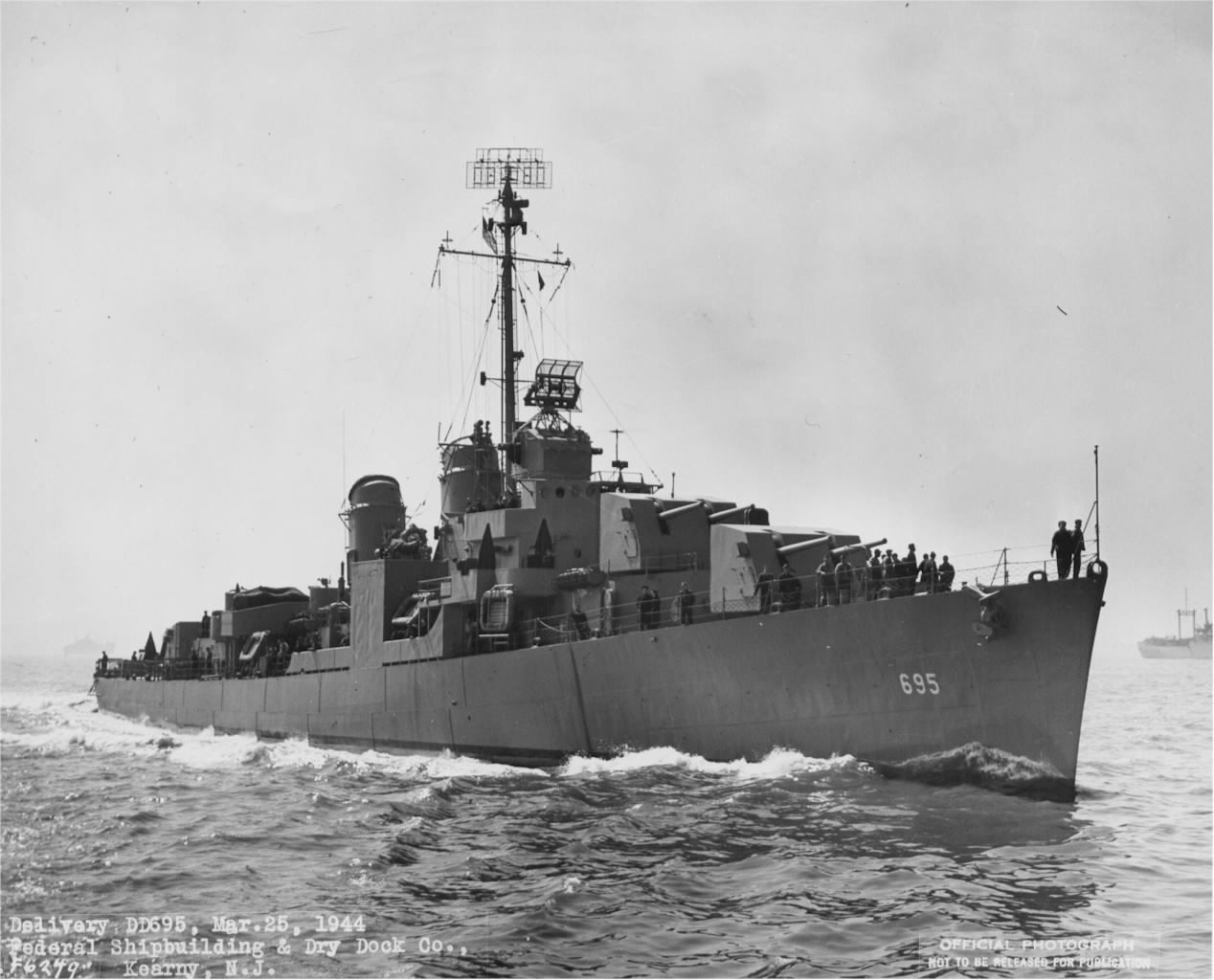