He was killed in action on 21 January 1945, and is listed on the Tablets of the Missing, Florence American Cemetery, Florence, Italy.

The B-17 bomber departed from Foggia, Italy, on 21 January 1945, to participate in a bombing mission to Austria. While returning from the mission, the aircraft was forced to make an emergency landing in the Adriatic Sea because of lack of fuel. Every available type of rescue equipment was sent to the scene. However, the high waves and wind prevented aiding the crew members and all except three of them (Whalen, Couvillion and Gorman) drowned.

The Johnson City Press, 11 February 1945
Staff Sgt. Bernard C. Chapman, 20-year-old 15th Army Air Force aerial gunner, was killed in action in Italy January 21, the War Department has notified his parents, Mr. and Mrs. R.M. Chapman of Gay street, Erwin. One of four service sons, Sergeant Chapman had flown Moore than 31 missions with the 15th AAF since going overseas last September. He had basic training at Miami Beach, Fla., cadet training at the University of Minnesota and Denver, Colo., and won his wings at Kingman, Ariz. His combat training was at Drew Field, Avon Park, Fla. Surviving besides his parents are four brothers, Lt. Roy Chapman, with the AAF in the South Pacific, W.B. Chapman, U.S. Navy and Gene Chapman, who recently enlisted in the Navy’s 17-year-old group, and John Chapman of Erwin. 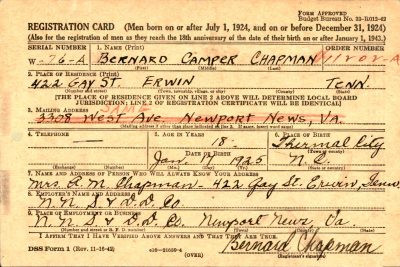 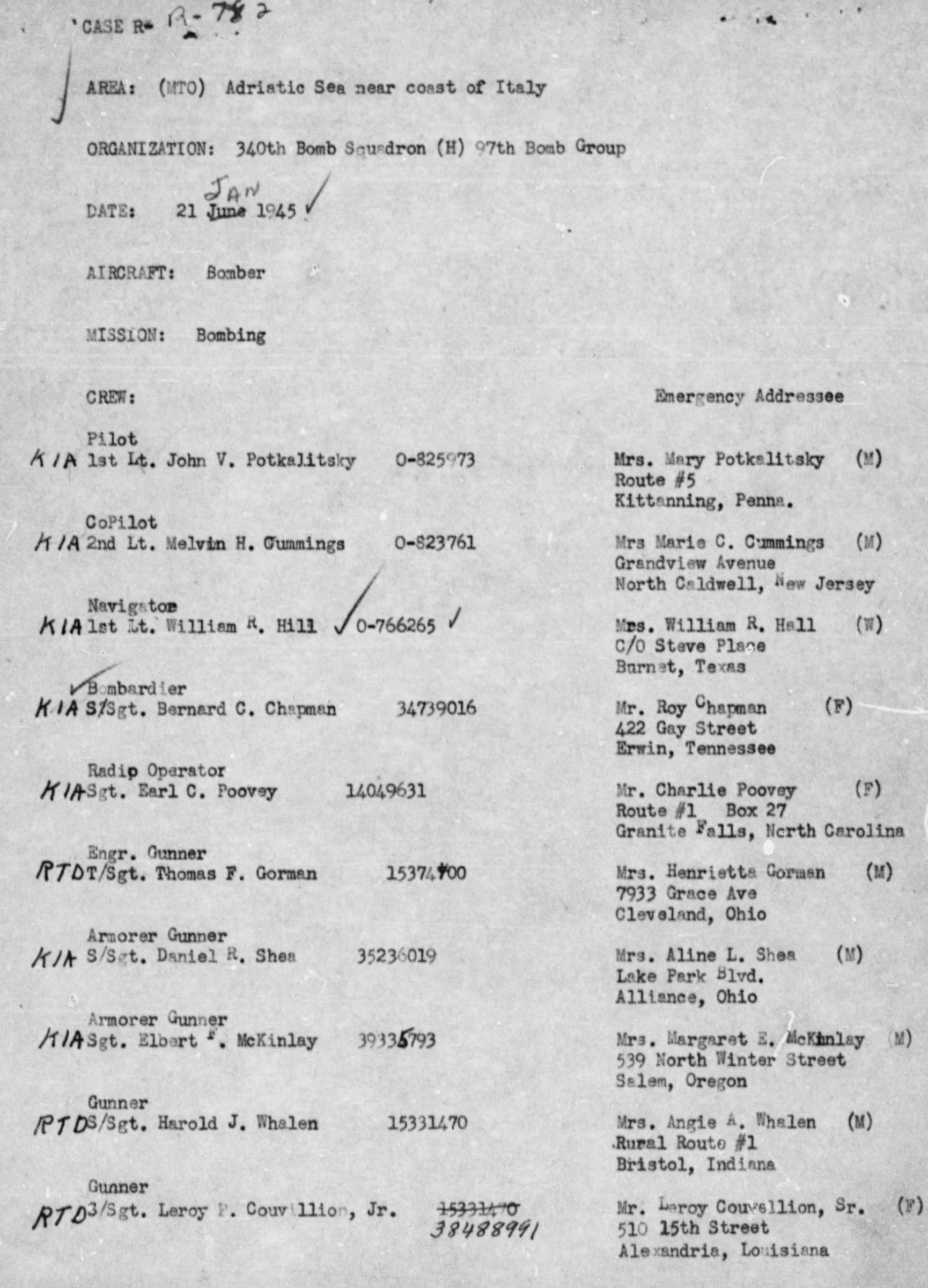 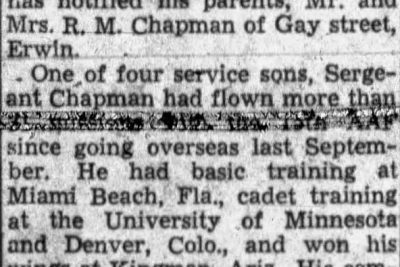