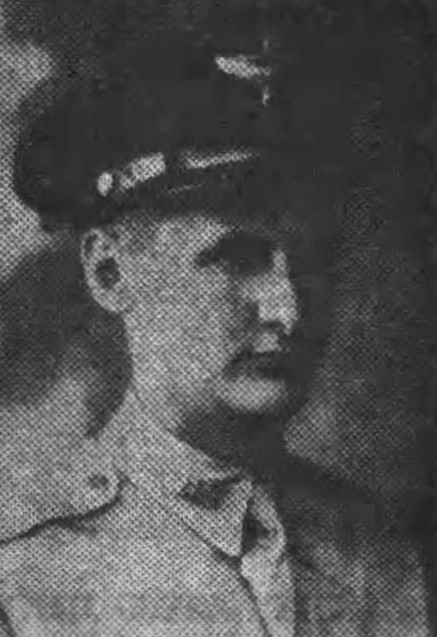 Bernard Austin Brannon was born in Chattanooga, Tennessee, the son of William Wallace Brannon and Magnolia (Margaret) Gamblin. He was a graduate of Chattanooga High School and graduated at the navigation school atFort Monroe, La.

Sheboygan Press, 25 February 1943
Deserted plane continues flight for 2,000 miles Washington – This is the story of an army plane that flew 2,000 miles with no one aboard. Dubbed a Flying Dutchman of the skies by astounded airmen, she reversed course and flew by herself to crash in Mexico after her crew and passengers bailed out because tail flutter vibrations threatened to tear the ship apart over Florida waters. Two men are missing – 2nd Lt Bernard A. Brannon of Chattanooga, Tenn., the assistant navigator, and Pvt Stanley Gutowski of Bayonne, N.J., the radio operator, who lost his life preserver and disappeared in the sea. The four-engines C-87, cargo version of the consolidated Liberator bomber, took off February 9 from southern Florida on a routine flight to South America. Aboard were the crew of six, two passengers, and considerable cargo. The plane was 80 miles out when the passengers, Lt C.K. Knutson of Des Moines, Ia., and Lt A.E. Lloyd of San Diego, notified the pilot that a bad tail flutter had developed. When Ulmer thought he was over the coast, he ordered the others to use their parachutes. Then he headed the airplane out to sea, set the automatic pilot for level flight so the craft would not become a menace ashore, and bailed out. Shortly after noon the next day Mexican authorities reported a C-87 had crashed in the mountains of northern Mexico. Men on foot finally reached the plane, and an investigation produced serial numbers which identifies it as the ship abandoned by Ulmer and his crew. Somehow, its course out to seas had been reversed, and it cut across hundreds of miles of ocean with no one aboard, to crash at last when its gas tanks were empty. 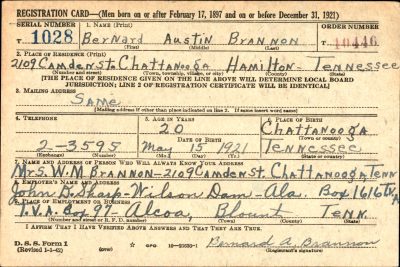 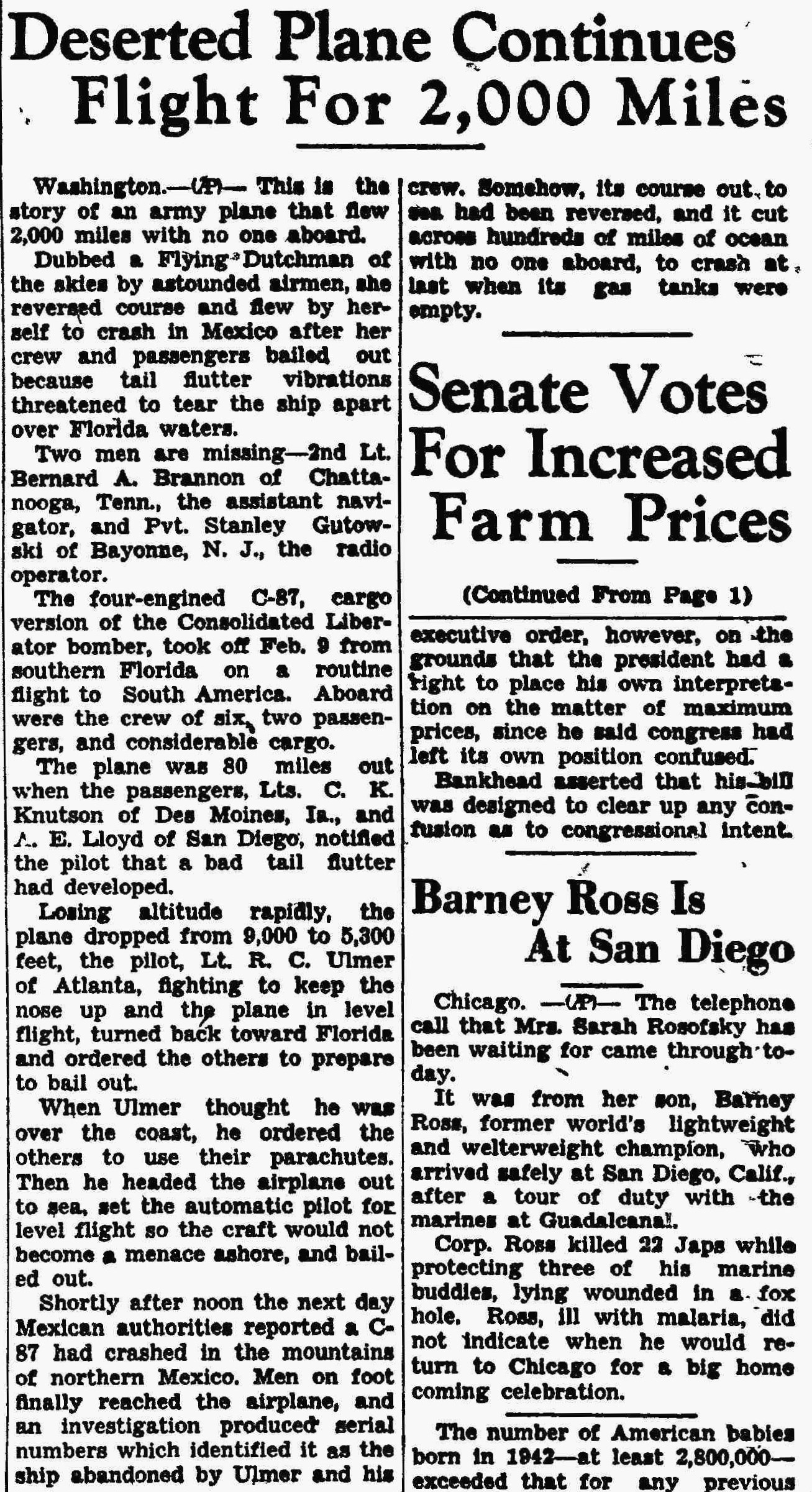 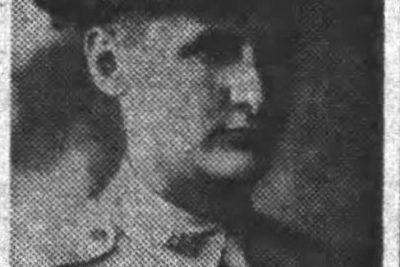