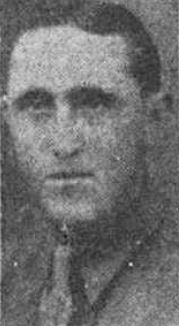 Clinton Courier News, July 19, 1945
Pfc. Bert Ault was killed on Anzio beachhead in Italy in March, 1943, after having served 18 months in North Africa. His wife is the former Miss Blanche Nicholson, of Knoxville. 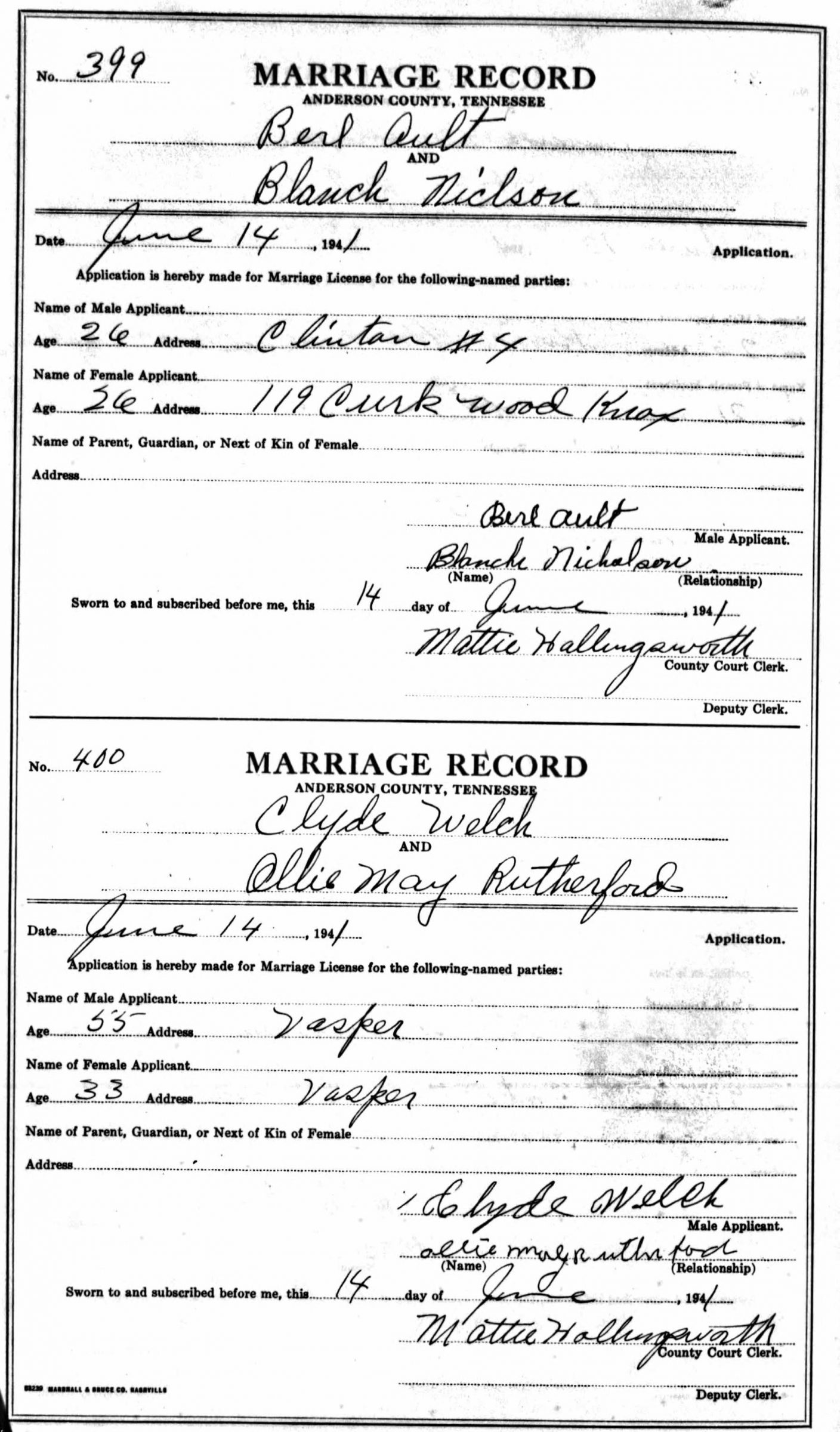 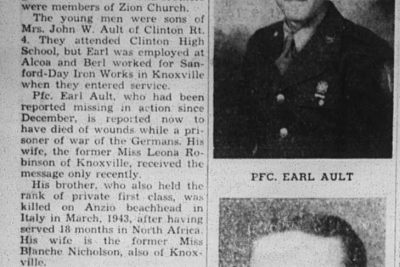 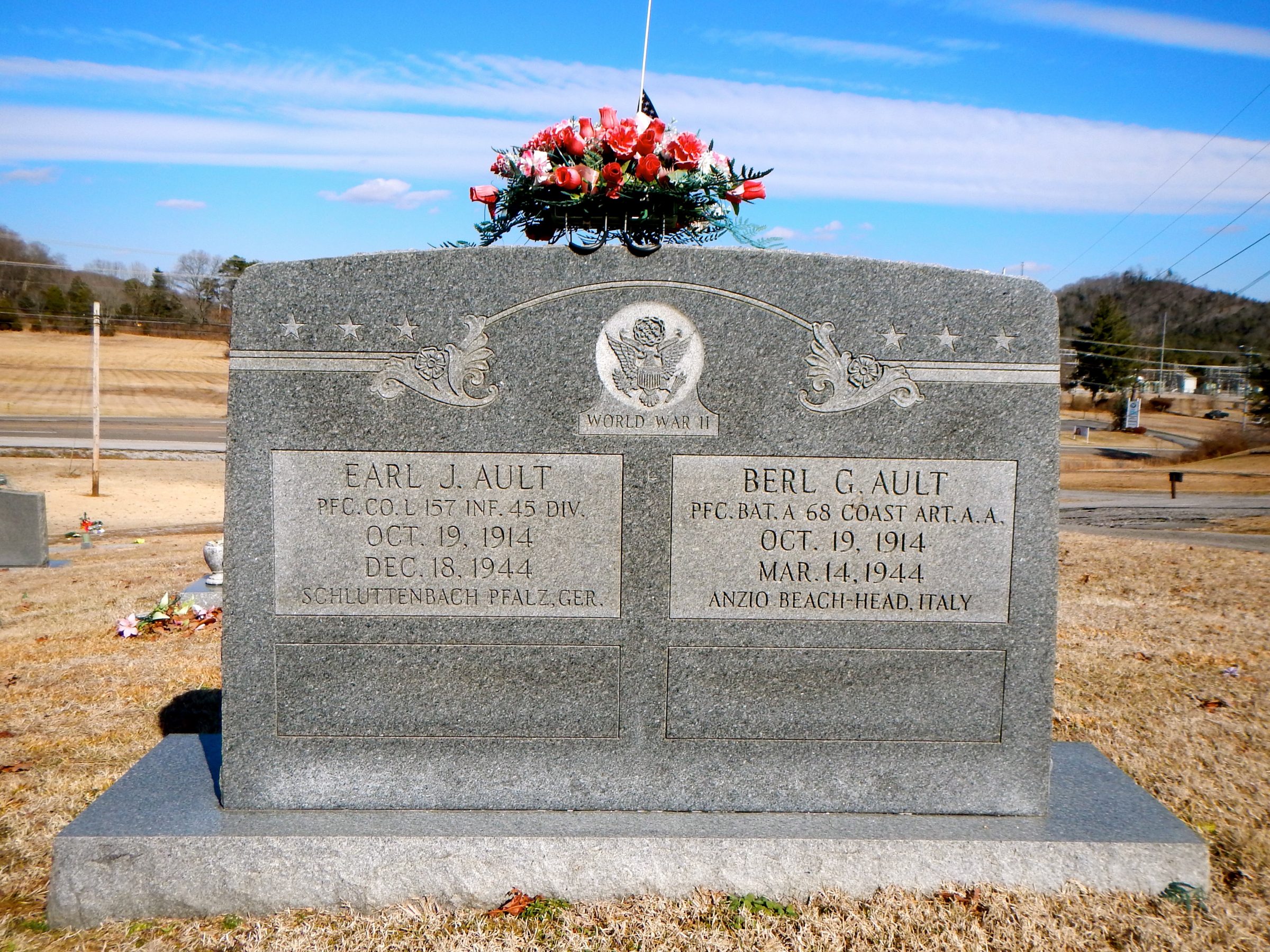