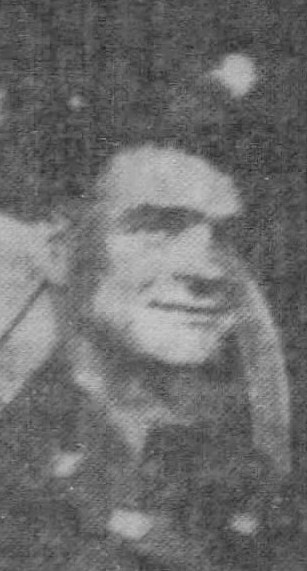 Sergeant Bennie Summey was born in 1912. He was the son of William Summey and Mary Elizabeth Hunt. He had four siblings, Reba Summey, Dutch Summey, Virgil Summey, and Mike Summey. He enlisted in the military on January 14, 1941 in Fort Oglethorpe, Georgia. He served in the European theater of war with the 117th Infantry Regiment, 30th Infantry Division. He fought in Northern France, where he was taken prisoner of war by the Germans on August 7, 1944. He died as a prisoner of war. Although his exact death date is unknown, he was officially declared dead on Friday, March 1, 1946. Sergeant Summey was awarded a Bronze Star for his tremendous service in World War II.

Sgt Summey was prisoner of war at Stalag 3C Alt Drewitz Brandenburg, Prussia 52-14 in Germany. He is memorialized at Netherlands American Cemetery, Margraten.

The Knoxville News-Sentinel, 16 March 1946
Sgt. Bennie Summey, last know to have been a prisoner of war at Stalag II C on Jan. 31, 1945, has been officially declared dead, according to a War Departent dispatch to his widow, Mrs. Mary F. Summey, 1114 West Fifth Avenue. Sgt. Summey was with the 30th (Old Hickory)  Division of the 117th Infantry and was sent overseas in January, 1944. He enlisted in the Army soon after Pearl Harbor and was trained at a South Carolina camp. Mrs. Summey and their 2-year-old son, Bennie Clifford, make their home with Mrs. Summey’s mother, Mrs. J.E. Porterfield, 1114 West Fifth Avenue. 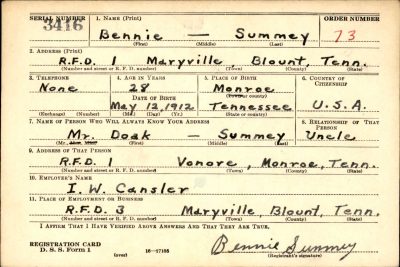 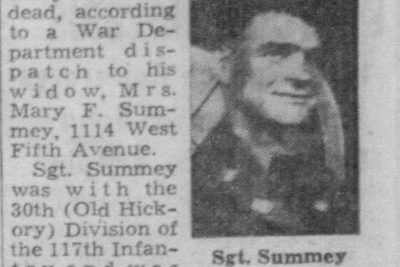 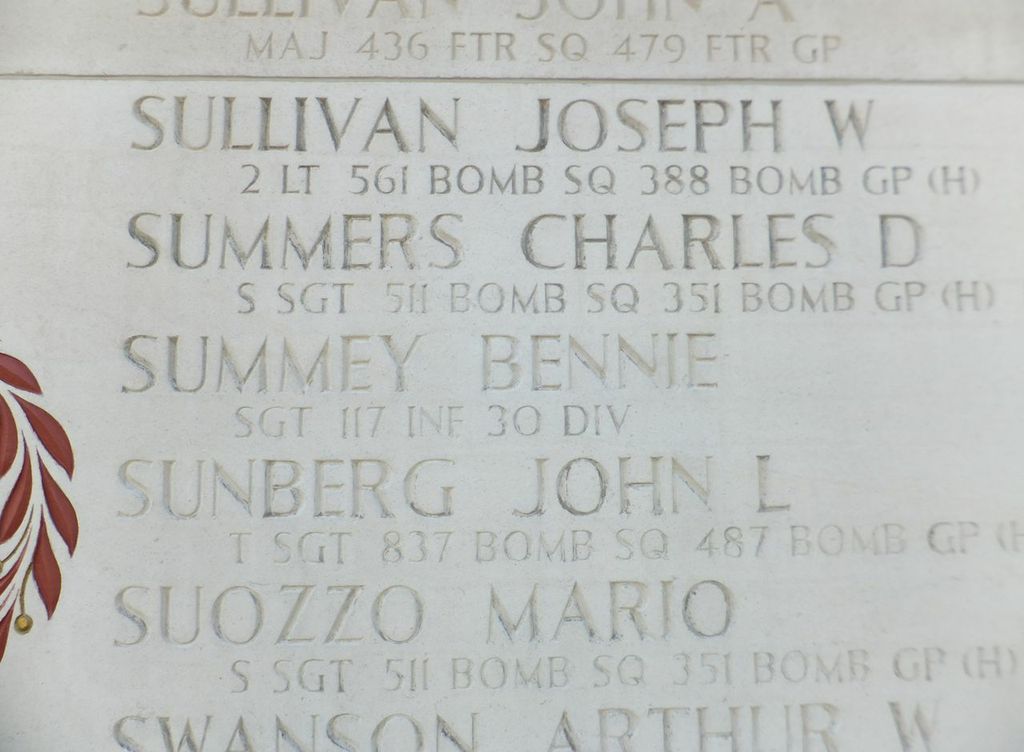