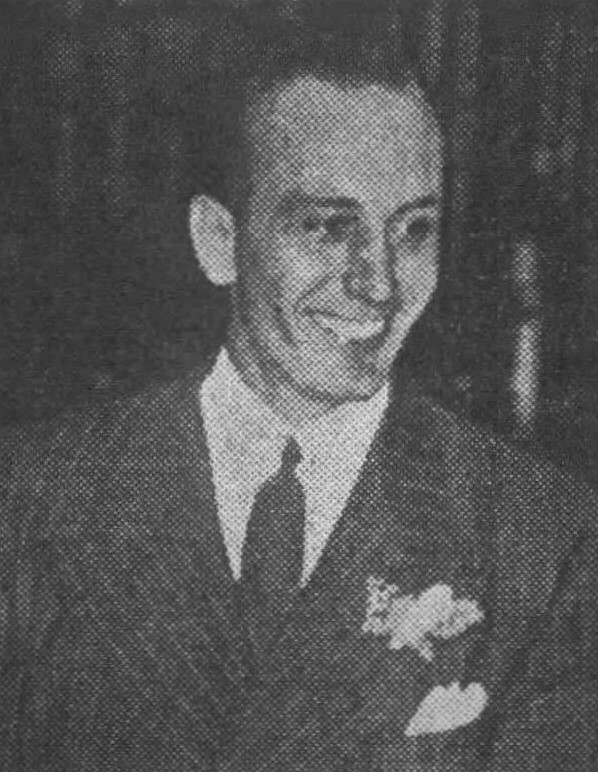 Benjamin John Dominic was born in Chicago, Illinois to Martin Dominik and Sophie Sukta. He married Rebecca Irene Anderson in 1941. He was the brother of Mrs. Emil Hankus, Miss Josephine Dominik and Walter and Stanley Dominik of Blue Island. He was a graduate of the Blue Island High School and the University of Chattanooga where he received his B.S. Degree. He was a member of the Varsity football team at the university. His fraternity was Alpha Lambda Tau. He worked at the Reilly Tar and Chemical corporation in Chattanooga.

Benjamin Dominic enlisted on 17 June 1942 at Fort Oglethorpe in Georgia. He died non battle on 22 March 1944 at Vernon, Louisiana at the age of 31 years.

Services for 1st Lt Benjamin J. Dominik, who was killed while on maneuvers near Camp Claiborne, La., will be held at 9:30 a.m. at St. Isidor’s church in Blue Island. The Lieutenant, who had been promoted two weeks ago, was the son of Mr. and Mrs. Martin Dominik, 2062 Market st., Blue Island. His widow, Irene of Chattanooga, Tenn., also survives. 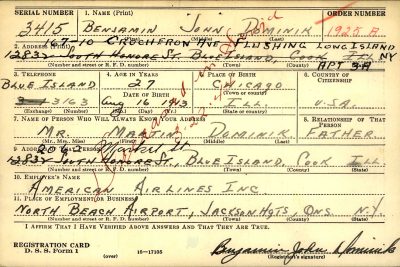 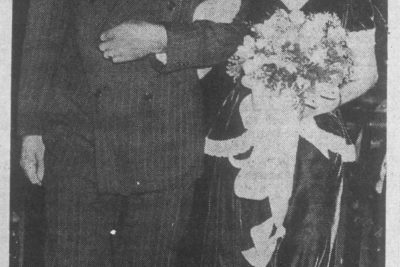 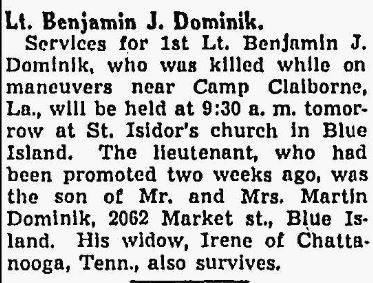