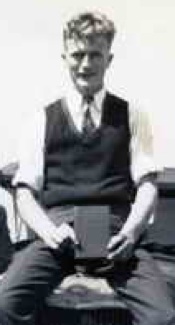 He enlisted December 1, 1940, received his basic training in Norfolk, Va and attended school in Jacksonville, Fl, going immediately after to active duty. His last visit home was Thanksgiving 1941 then he was transferred to a Pacific base. He was at Pearl Harbor for almost a year where he saw several Cumberland county boys, among them Sam Brewer Jr and Loy, Delmer and Ogle Conatser.
He was 24 on October 3, 1942. He’d graduated high school in 1938, then attended the University of Tennessee. Afterwards, he joined his father in the plumbing business.
He became a Master Mason in 1940, and joined Eastern Star soon afterwards. 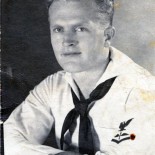