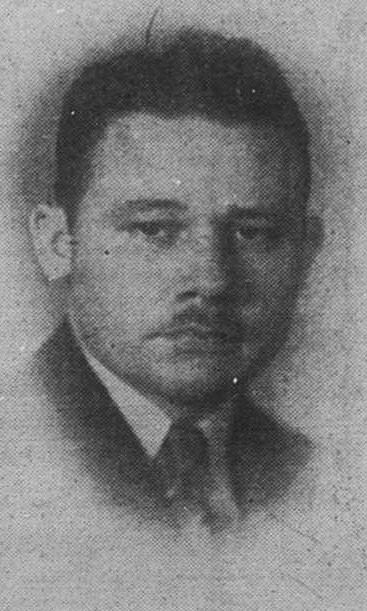 First Sgt. Benjamin F. Harrison was descended from six generations of Tennesseans who fought in both the American Revolution and the War of 1812. He grew up in Loudon, graduated from Loudon high School in 1934 and entered the US Army two weeks later. He had served in Panama and at Ft. Oglethorpe, Georgia, prior to being assigned to Fort Mills on Corregidor Island in 1940. He was captured when Corregidor fell and spent nearly four years in a Japanese prisoner of war camp. In 1944, the remaining prisoners were being moved to Japan to work in the coal mines, on unmarked ships. The ship Benjamin was aboard was sunk by a US submarine. Only nine of the 1775 POWS on board, survived the sinking.
-Submitted by Joe Harrison

Historical Note
Benjamin F. Harrison #6852544, was the First Sergeant of the 3rd Battalion, 60th Coastal Artillery Regiment AA. This was the Anti Aircraft unit that was implaced around Subic and Manila Bay. The Regiment was surrendered to the Japanese in 1942. The Japanese used the POWs for slave labor. On 24th of October 1944 the Japanese Hellship Arisan Maru carrying POWs to Japan was sunk by the USS Shark 225 miles East of Hong Kong.

The Loudon County Herald, May 7, 1942
There was cause for rejoicing when Mrs. John C. Harrison received a telegram that her son in service Wednesday morning stating he was alive and safe in New York and that he hoped to soon visit her. Young Harrison has been on the ship “Marblehead” and several weeks ago it was reported sunk and the familyn and friends of John had been very uneasy about his safety. The message received Wednesday was the first word from him since that tim.
Benjamin Harrison, brother of John has been on Corregidor Island and almost at the same moment the mother received a telegram from John the radio announced the fall of the island to the Japs. The many friends of the family are uneasy about the older youth.

The Loudon County Herald, May 27, 1943
Mrs. John F. Harrison was notified that her son Benjamin F. Harrison, better know to his many friends in Loudon county as “Big Bunny”was being held as a prisoner of war by the Japs. He was on the Philippine Islands and was reported missing in action following the fall of Corrigidor. For over a year his mother held out hope that he was not dead and that sometime she would again hear from him. Her hope became a reality when the message was received that he was still alive. Mr. Harrison has been in the service for the past eight years. He is a brother of “Little Bunny”, who is serving in the Navy and was on a bombed ship in the thick of battle in the Pacific theater of war several months ago. He was though dead for several weeks, but showed up in the States for a period, during which time the ship was under repairs. The Harrison boys are brothers of Mrs. Homer Brooks and Miss Sara Nell Harrison of this city. The many friends of this family rejoice with them in the fact that both the Young men have survived the dark early days of the Jap conflict. 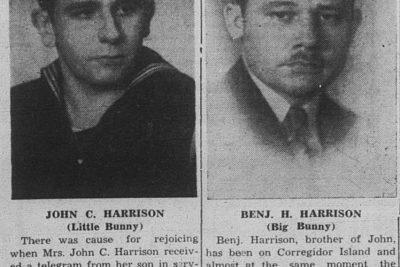 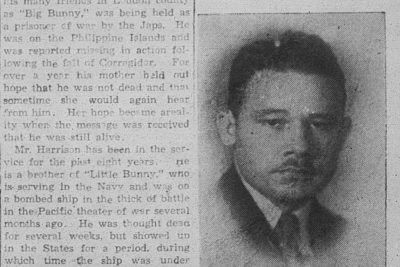