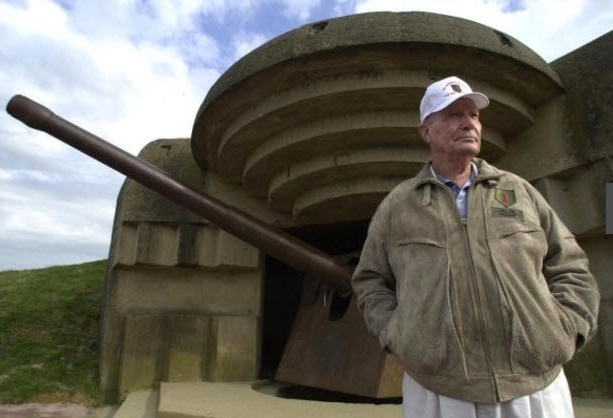 FRANKLIN, BENJAMIN C. – age 87 of Knoxville, passed away January 19, 2012, at Physicians Regional Medical Center (formally St. Mary’s). He was born in Knoxville, TN on January 19, 1925. He attended Stair Tech High School and joined the U.S. Army three days after the bombing of Pearl Harbor. He took basic training at Camp Wheeler in Georgia and joined the First Infantry Division in May 1942. He sailed for England on the Queen Mary with the First Infantry Division on August 2, 1942. After training in England and Scotland from August through October of 1942, he took part in the invasion of Africa. On November 8, 1942, he made invasion of Africa with the First Infantry Division. He fought in Tunisia from December 1942 until the end of the campaign in 1943. On July 10, 1943, he made the invasion of Sicily with the First Infantry Division and finished the campaign in August 1943. He returned to England in November of 1943 and trained for the invasion of France until late May 1944. He landed with the assault wave with the First Infantry Division on Omaha Beach, Normandy, on June 6, 1944. He fought through France, Belgium, Germany, and Czechoslovakia until the end of the war in May 1945. He returned to the U.S. for a couple of months and then rejoined the First Infantry Division, 16th Regiment in Germany in late 1945. He remained in Germany until October 1948. He married Ute B. Keicher in Germany in 1948. He remained in the Army and rose to the rank of Command Sergeant Major with the 26th Infantry Regiment of the First Infantry Division. He retired from the Army in 1963 and became Director of Ski School in Gatlinburg, TN. He was also an avid golfer. Ben was proud to be considered the “Patriarch” for his immediate family and for extended related family members. He also took his role as provider for his family very seriously. His military awards include the Bronze Star Medal, Combat Infantryman Badge, Good Conduct Medal, European African-Middle Eastern Campaign Medal with one Bronze Arrowhead, one Silver Service Star, three Bronze Service Stars for the Algeria-French Morocco, Tunisia, Sicily, Normandy, Northern France, Rhineland, Ardennes, and Central Europe Campaigns, Distinguished Unit Emblem with three Oak Leaf Clusters, World War II Victory Medal, Belgian Fourragere Medal and the French Fourragère Military Medal. In 2009, he was awarded the French Legion of Honor in ceremonies in Paris, France. He also attended the 65th anniversary of D-Day and met U.S. President Barack Obama, French President Nicolas Sarkozy, then British Prime Minister Gordon Brown, Canadian Prime Minister Stephen Harper, and Charles, Prince of Wales of the United Kingdom. He enjoyed classroom discussions with the University of Tennessee Normandy Scholars and joined the students on two trips to the beaches of Normandy. He is preceded in death by parents, Carl and Irene Franklin. He is survived by his life mate his devoted wife of 64 years, Ute; son, Mark Franklin of Knoxville, TN; daughter, Nora Murphy of Big Stone Gap, VA; sister, Mamie O’ Mary of Knoxville, TN; grandchildren, Matthew Franklin of Seguin, TX, Kevin Franklin of Clarksville, TN, Kimberly Franklin of Cookeville, TN, Sean Murphy of Lexington, KY, Brian Murphy of Washington, PA; nephews, Michael O’ Mary, Jim O’ Mary, and David Maher all of Knoxville, TN; niece, Ginger O’ Mary of Knoxville, TN; devoted “daughter” and special friend Travise Wilson and her family. In addition to his family he leaves behind numerous friends and was known by all for his sense of humor and charm. He will be sorely missed. The family would like to offer their thanks to Knoxville Rural Metro Ambulance, the #4 Fire Station, the staff of Tennova Physicians Regional Medical Center ER, CU, CPU, for their kind and compassionate care. Family and friends are invited to attended funeral services at 1:00 p.m. on Saturday, January 21, 2012, at Rose Mortuary Broadway Chapel with eulogy by Dr. John Romeiser. Family and friends will meet at 2:30 p.m. Saturday, January 21, 2012, at Highland Memorial Cemetery (5315 Kingston Pike, Knoxville, TN 37919) for interment services with graveside eulogy by Fred Brown and full military honors by Volunteer State Veterans Honor Guard. The family will receive friends from 5:00 p.m. until 7:00 p.m. Friday, January 20, 2012, at Rose Mortuary Broadway Chapel, 1421 NE Broadway, Knoxville, TN 37917. In lieu of flowers memorials may be made to the First Infantry Division Scholarship Fund, First Infantry Foundation, 1933 Morris Road, Blue Bell, PA 19422. Online obituary may be viewed and condolences extended at www.rosemortuary.com.

“I had the utmost pleasure to meet and assist Mr. Franklin in Atlanta on his way to and from Paris as he went to receive his medal from the French President.He had a memorable conversation with my son Matthew who was 14 years old. Matthew plans to study history now and most particularly World War II. As recently as last week, we went to pay tribute to these fine veterans in Normandy at the Omaha Beach.
RIP Mr. Franklin. I am saddened to learn of your passing today but so thankful to you for your sacrifice and for the conversation you had with my son and the difference you made in his life…”
-Submitted by Normandy native Virginie Durr