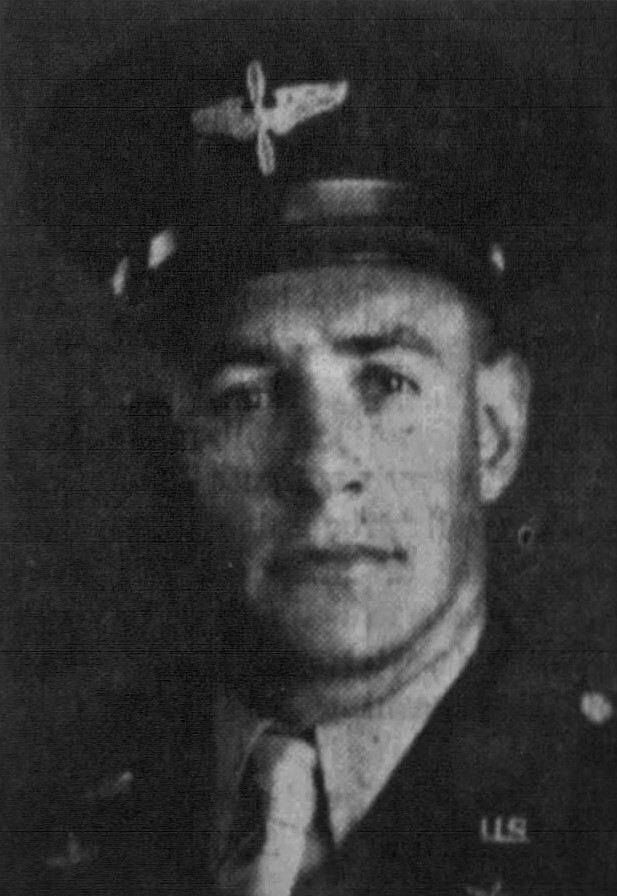 Ben Franklin Huffine was born in Sweetwater, Tenn., the son of Benjamin Franklin Huffine and Mary Rose Byrd.
He is memorialized at Manila American Cemetery, Philippines. He lost his life at sea, Tarakan Island, North Borneo

Morristown Gazette Mail, 5 July 1945
On May 6th, Ben Huffine, engineer-gunner on a bomber in the Southwest Pacific, was killed while engaged in a mission against Tarkhan island, off the northeast coast of Borneo. Huffine formerly resided in Morristown, attending and graduating from Morristown High School, where he was a stellar performer on the football team. Later, he won and aid scholarship at U-T because of his football ability, and was making a good record there at the time of entering the service. He was a son of Mr. and Mrs. Ben F. Huffine of 314 Old Mountain Road, Chattanooga. A brother, Frank Huffine of this city, is now with the naval forces in the Pacific. Another brother, Robert Huffine is in the merchant marine and a third, James, resides in Chattanooga. Four sisters also survive: Mrs. T. Ross Carpenter, Niota, Tenn.; Mrs. Hug L. Simmons, Cleveland, Tenn.; Miss Mildred Huffine and Mrs. Leonard Fraser, Chattanooga.

The many friends in Morristow of Sgt. Ben Huffine will be interested in the following letter received from his commanding officer by his mother: “My Dear Mrs. Huffine: I am writing you in regard to the loss of your son, Sergeant Ben F. Huffine. I am sure that you want to know the facts, as we know them, concerning his last flight. “Ben was flying as engineer-gunner in the lead plane of a very important mission against strong enemy positions on Tarakhan island, North Borneo, on May 6th, 1945. As the airplane left the target, an explosion tore a large hole in the left side of the fuselage, just at the bomb bay. The pilot made a valiant attempt to bring the airplane down for a water landing, but the damage was too great and the airplane broke in two and crashed into the sea. The tail gunner was thrown clear and was picked up by U.S. Navy PT boats which were standing by. The rest of the crew, including Ben, went down with the airplane which sank immediately upon impact with the water. Accompanying airplanes circled the area, even though they knew there was no possibility of anyone else escaping from the airplane. The PT beats also searched the area for hours, but found no trace of the airplane or its remaining crew members. “Your son had been an engineer-gunner in this organization for two and one-half months. He had flown seven combat missions. He was a very brave man whose devotion to duty was an inspiration to all of his comrades. I know there is little that I can say to lighten the burden of grief which I know is yours. But I do want you to know that the officers and men of your son’s squadron held him in very high regard and share your bereavement. It is with grea sorrow that we all extend our deepest sympathies to you and all his loves ones. If there is any way in which I can be of further assitance to you please feel free to call on me.
James F. Robison, Capt., Air Corps.” 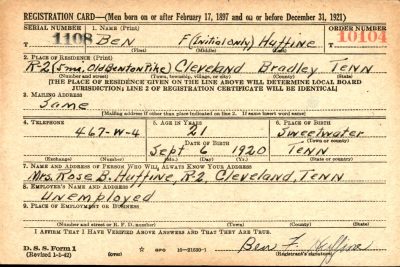 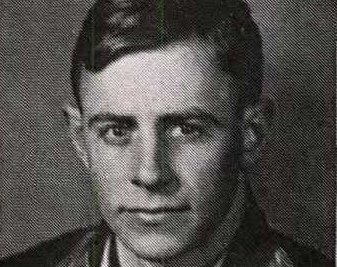 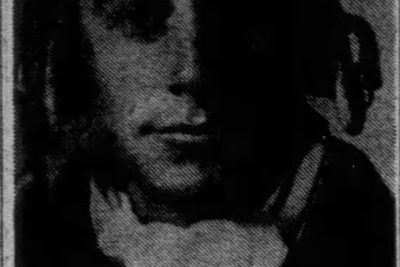 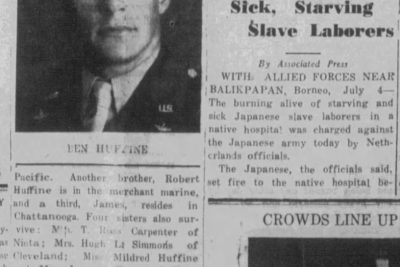