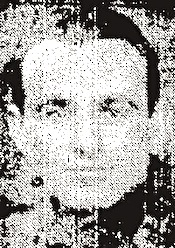 Kingsport Time News, May 1945 PFC Beecher J. Lewis, son of T.V. Lewis of Oak Ridge, was killed in action March 20, in Germany. In a recent letter which the commanding officer wrote to Mr. Lewis concerning his son´s death, he said in part: At the time of his death he was actively participating in the anti-aircraft defense of highly important military installations which have greatly aided in the successful pursuit of our operations. Death was caused as a direct result of enemy action when a enemy airplane loosed a bomb which landed a short distance from his post. The last letter which Private Lewis wrote his father concerned the death of his mother who died two months before. The soldier had been in the service over five years and had been overseas since April 29, 1944. He was a former employe of the Tennessee Eastman Corporation. He has two brothers and one sister residing in Kingsport. T.R. Lewis, Allen Lewis and Mrs. Bob Turner. His wife and son, Jimmy are not at Virginia Beach. 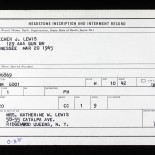 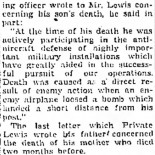