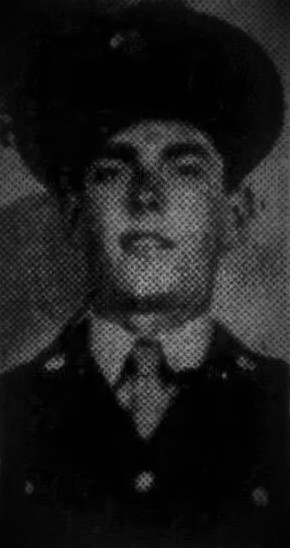 Pvt McMillan was returned from Epinal in France. Buried on April 22, 1948, in Knoxville National Cemetery, B, 6431.

The Knoxville Journal, November 20, 1944
Pvt. Bayless McMillan, 23, was killed in action in France Oct. 8, his family learned from the War Department last night. Private McMillan, son of Mr. and Mrs. John B. McMillan, Knoxville, Route 4, was in service 16 months, eight months of which hes pent overseas. He was a farmer at the family home before entering service. He is survived by two brothers who are in service, and two sisters, Mary and Lucile. His brothers are Fred, in the U.S. Navy and James in the U.S. Army.

The Knoxville Journal, April 18, 1948
The body of Pvt. Bayless C. McMillan, 21, Knoxville Route 4, Strawberry Plains Pike, who was killed in action Oct. 8, 1944, in the European theater of war, will be taken to the family home. Pvt. McMillan received a citation from President Roosevelt for his bravery and extraordinary performance while in action. It also is recalled that Mrs. McMillan was presented the Purple Heart which her son was to have received.
Pvt. McMillan was a son of Mr. and Mrs. John McMillan. Survivors include the parents, two brothers, James and Fred McMillan; sisters, Lucille and Marie McMillan; grandmother, Mrs. Matilda Luttrell. 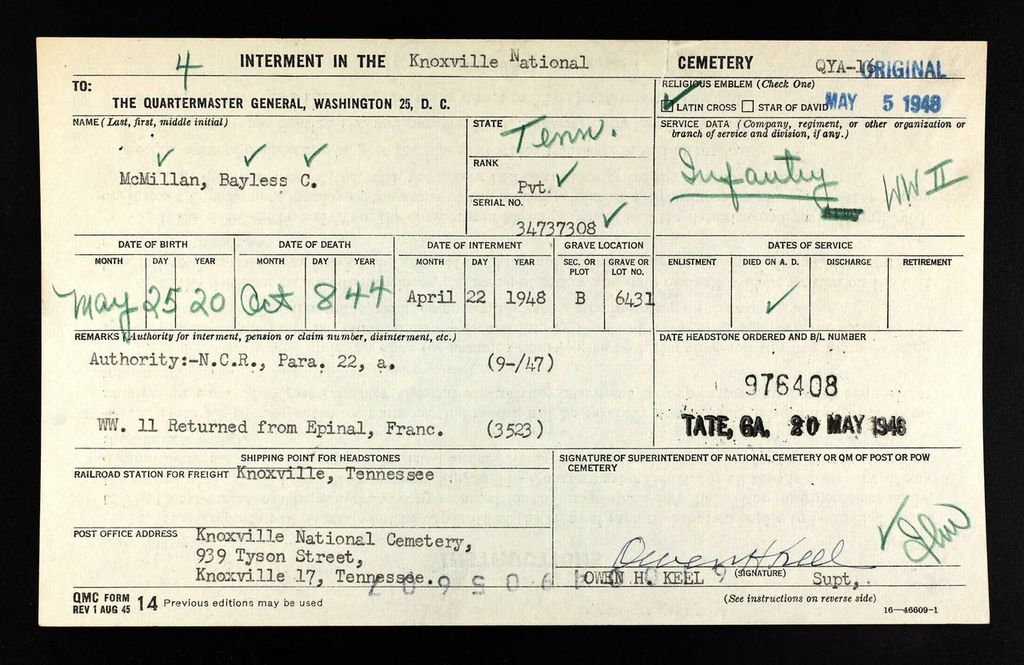 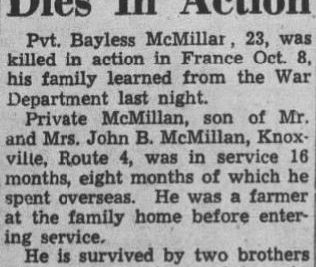 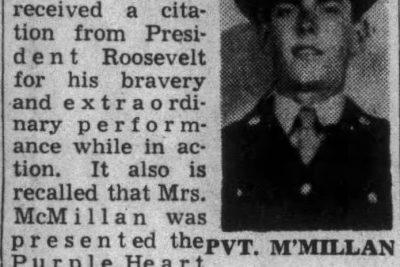