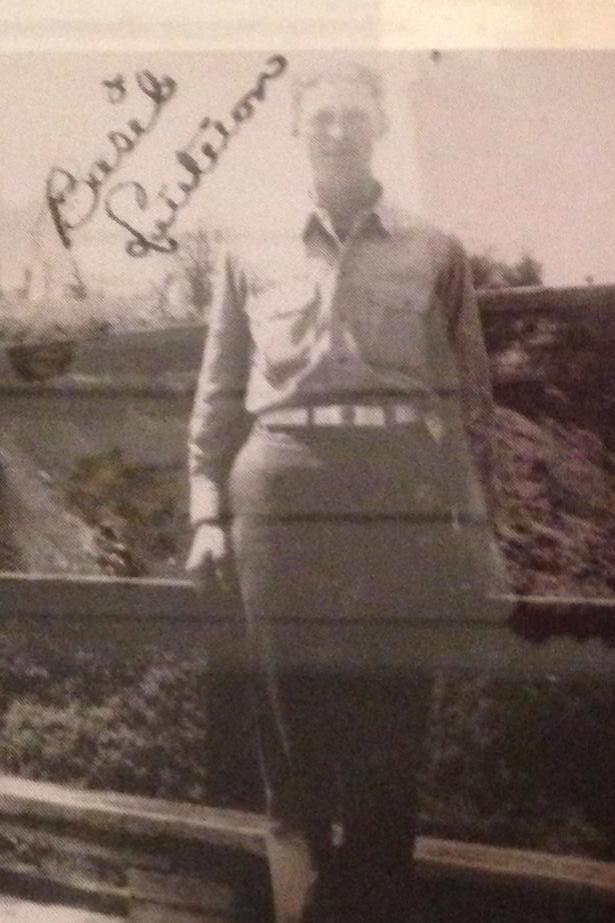 Basil enlisted in the United States Army on 10 September 1943 at Fort Oglethorpe, Georgia. He completed training at Fort McPherson, Georgia, Camp Shelby, Mississippi and Fort George G. Meade in Maryland. Basil was assigned to the 23rd Infantry Regiment, 2nd Infantry (Indianhead) Division and sent to Northern Ireland. He completed his training with them here and in Wales.

Their preparations for the invasion of France and Fortress Europe were completed in May 1944 and they relocated to southern England for their trip across the English Channel. Basil landed on Omaha Beach with his unit on D+1 (7 June 1944) near St. Laurent-sur-Mer, France. The rest of the 2nd off-loaded on the 8th and they crossed the Aure River on the 9th and liberated Trevieres, France on 10 June. Afterwards, it was on to St. Lo, but first Hill 192, a key German strongpoint on the road to St. Lo had to be taken.

Hill 192 was being guarded by the 5th and 9th Parachute Regiments of the 3rd Parachute Division, Wehrmacht (German Army). A battle hardened and very experienced fighting force that was dispatched from Brittany to stop the American advance. Basil and the 2nd halted near Hill 192 on 17 June to await supplies and more American units to arrive. On 11 July the order was given to take the hill and the 2nd had the honor. The 38th Infantry Regiment started their assault at 0545 hours (5:45am) and Basil’s regiment, the 23rd moved to secure the St. Lo-Bayeux Road. After securing both objectives and after 56 days of combat the 2nd was given a short rest to receive replacements and to resupply.

They reentered the fight at the Battle of St. Lo on 26 July and after the breakout from St. Lo, Basil and the 2nd crossed the Vire River and liberated Tinhebray, France on 15 August 1944. The 2nd then raced 300 miles west towards the port city of Brest, France. Brest a very heavily defended fortress was a major port for the German Navy’s Wolf Packs, U-Boat Force (submarines). It was here during the Battle for Brest that Basil was Killed in Action on 10 September 1944, exactly one year from the date he enlisted. Basil was 19 years old and participated in two Unit Campaigns: Normandy and Northern France, he was awarded the Purple Heart.

The War Department has notified Mr. and Mrs. Frank Littleton of Jonesboro, route 7, their son, Pvt. Basil P. Littleton, has been reported missing in action in France, since August 30. Private Littleton, who is 19 years old, was with an infantry outfit. A farmer in civilian life, he entered military service October 1, 1943, and trained at Fort McPherson, Ga., Camp Shelby, Miss., and Fort George G. Meade, Md. He had been overseas only about two weeks when he was reported missing. One brother, Pvt. Frank Littleton, Jr., is serving in Italy, and another, Pvt. Orlan Littleton, has been stationed in a hospital on New Guinea since last June 26. 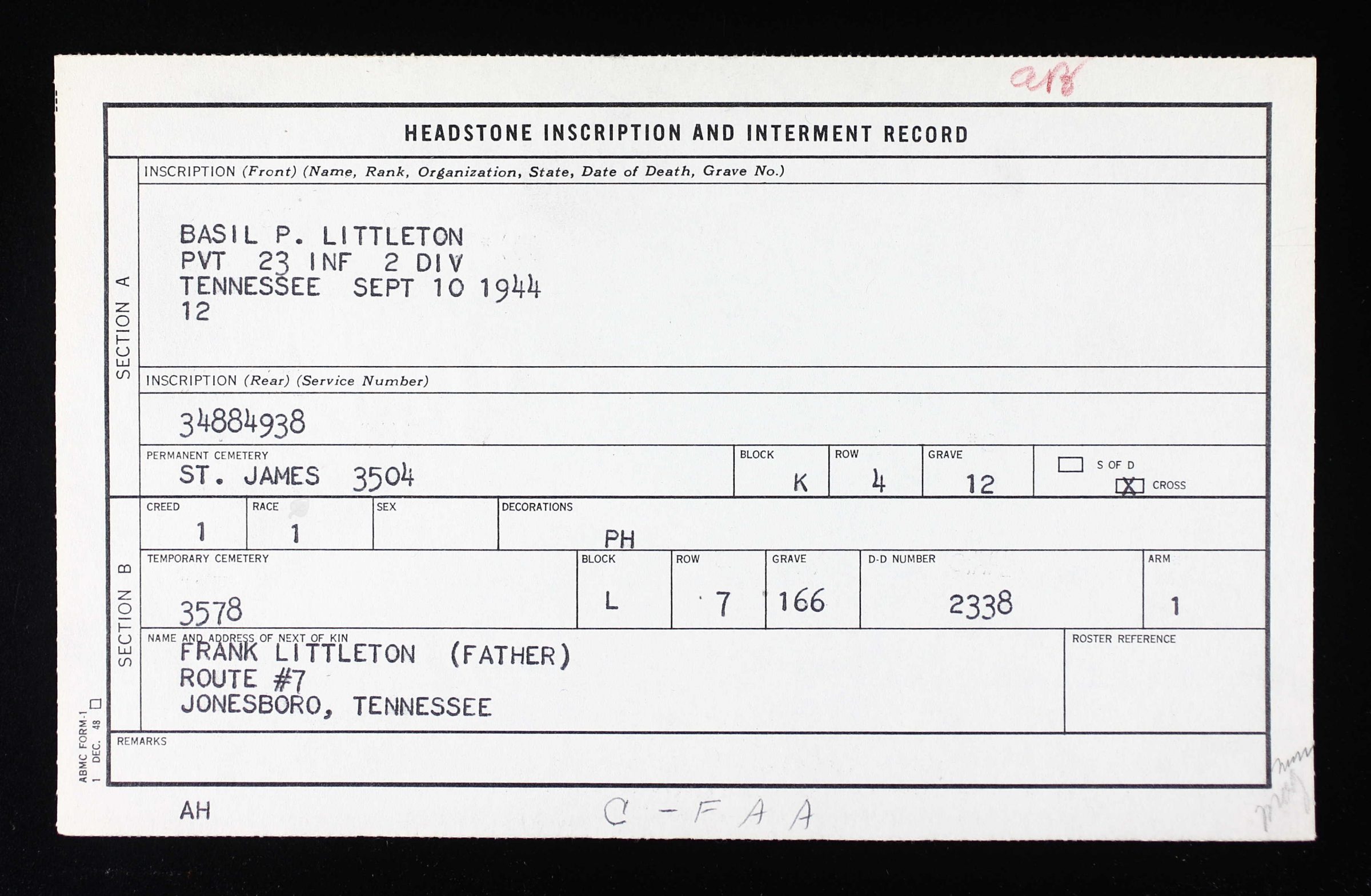 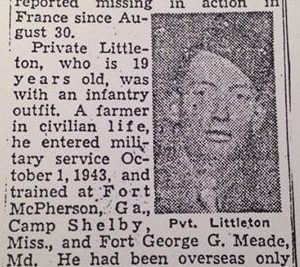