Bascome Breeden was the son of William Bayless Breeden and Ella H. Derreberry. He was killed by bandits at Santo Domingo on 13 August 1918.
Buried at Greasy Creek Cemetery, Polk County, Tennessee 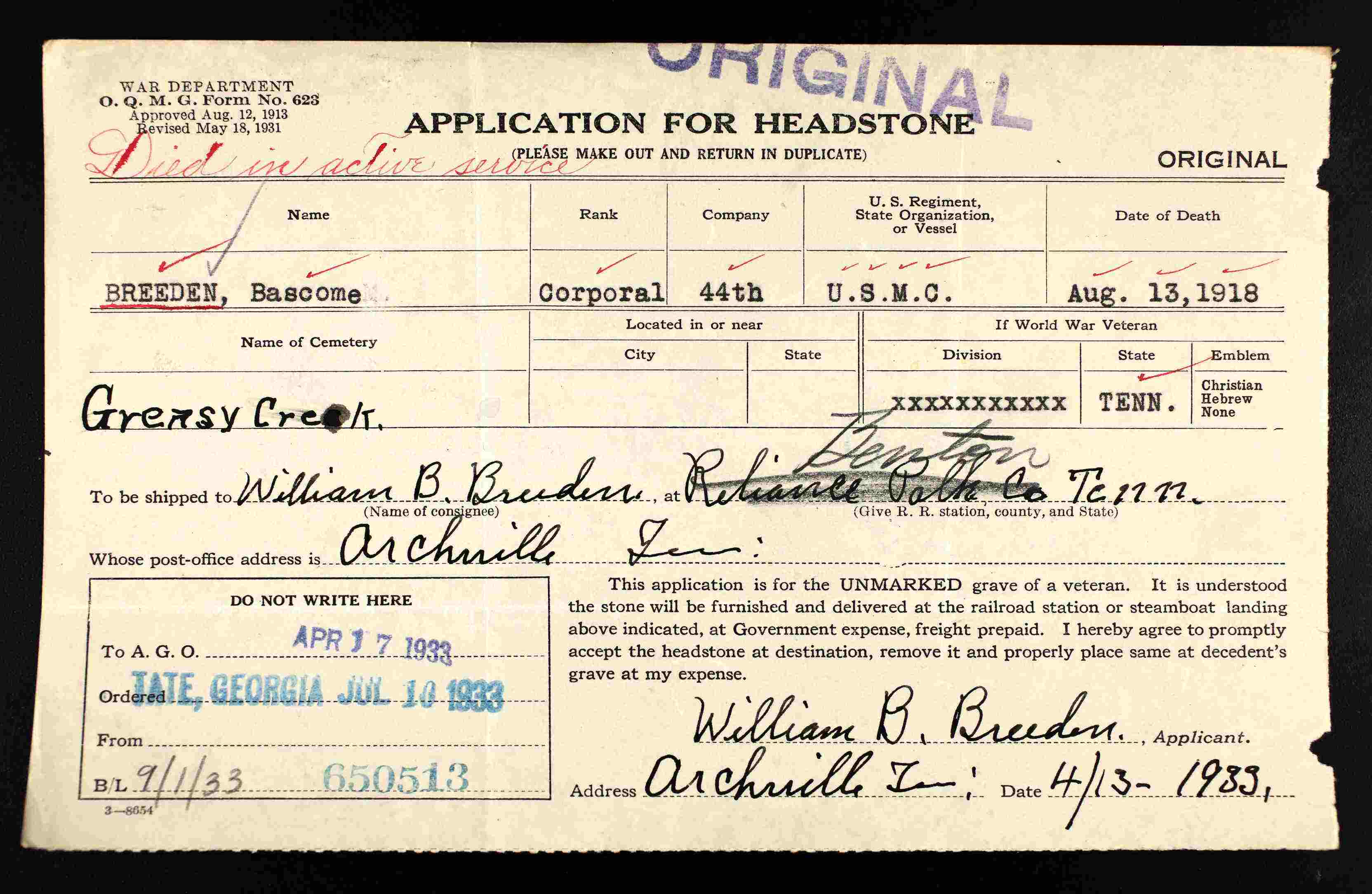 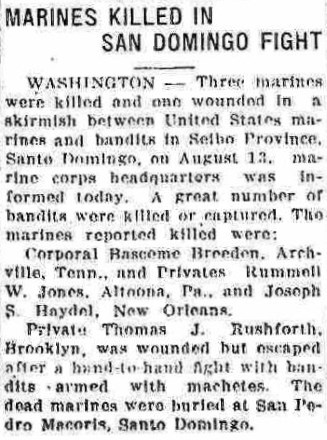 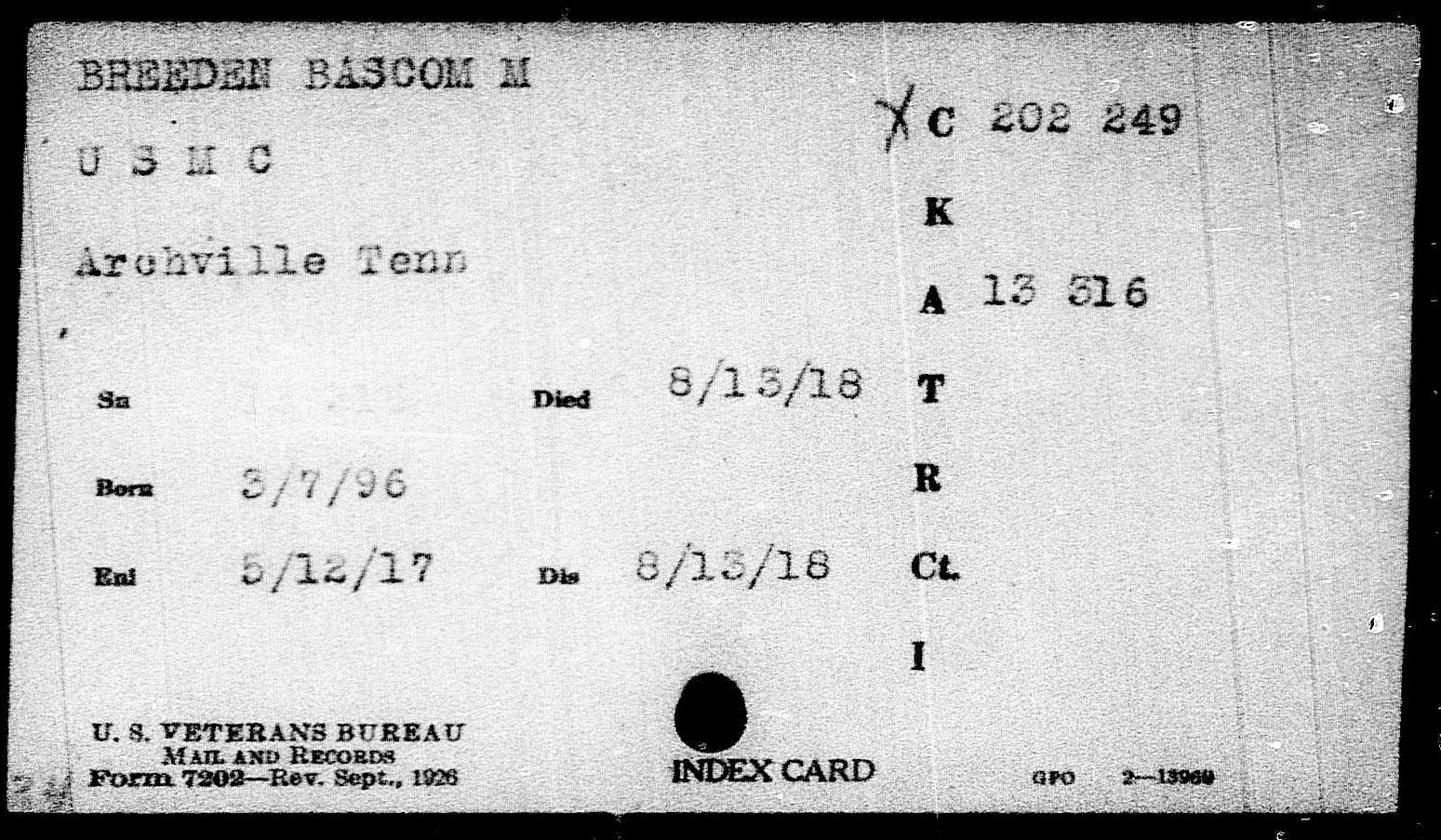 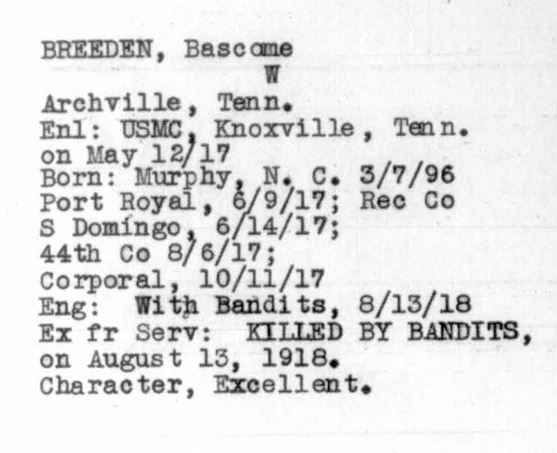