On 18 April 1944 Aircraft B-24DR, Serial number 42-40622, departed from the base at Kweilin, China on a sea sweep mission. Japanese radio reported a heavy bomber shot down near Hong Kong the same day.
The plane was afire and ditched in the Pearl River, Hong Kong, China. It is believed that Barton Owens did not get out of the plane when it ditched.

Of the 12 crewmembers only the Pilot and Assistant Radio Operator survived. 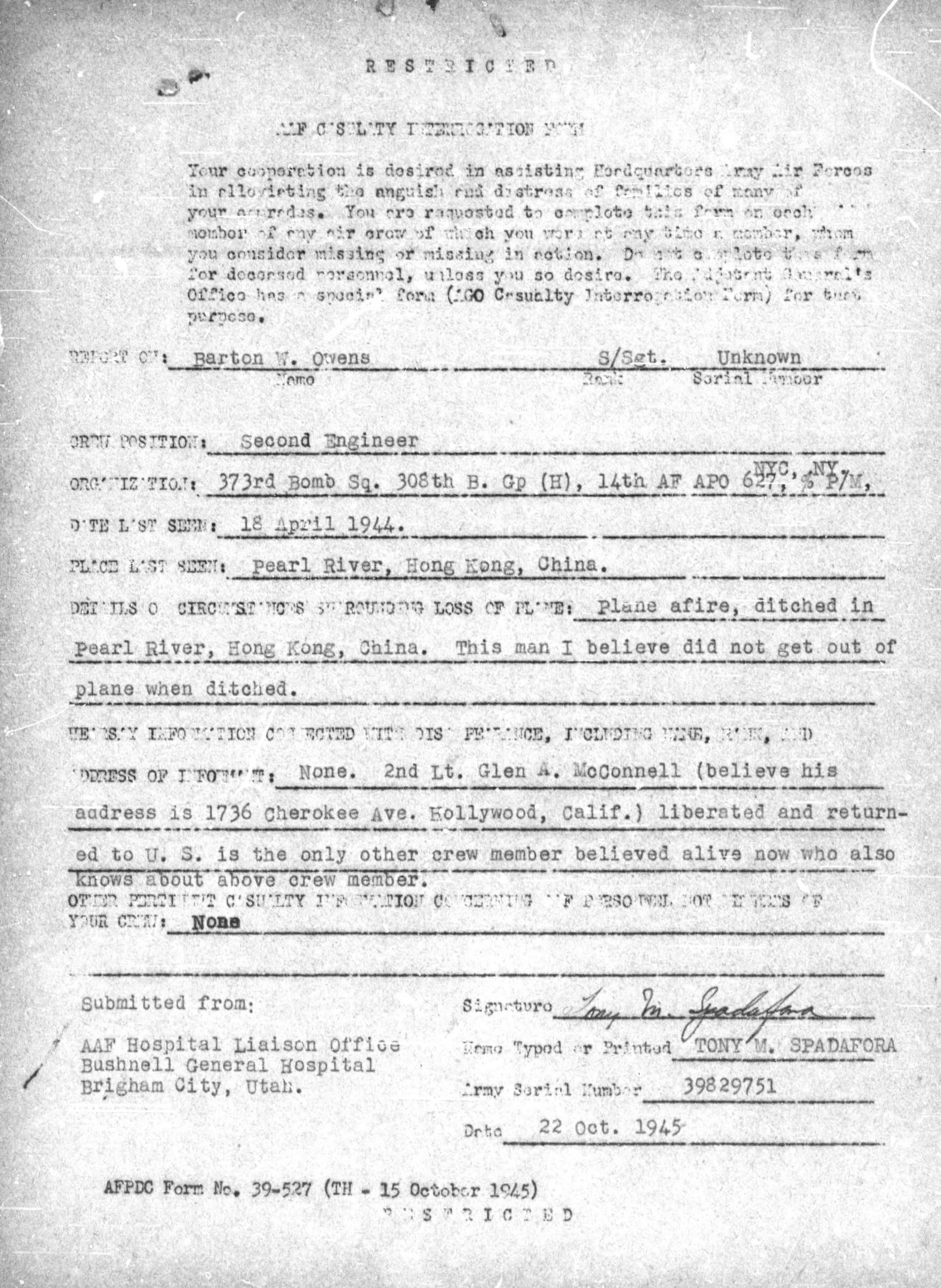