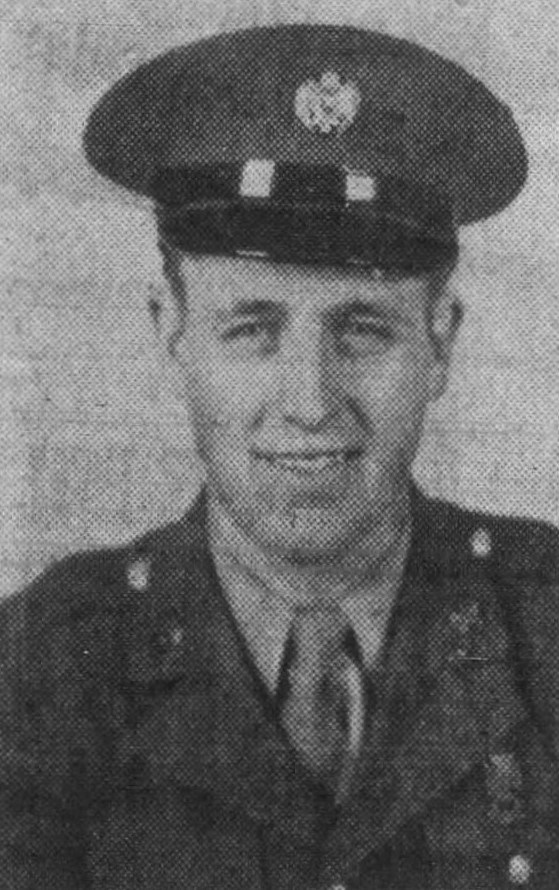 Barney Cain Bennett was born on 23 August 1918
He enlisted on 8 July 1944 at Fort Oglethorpe in Georgia and served with the 137th Infantry Regiment, 35th Infantry Division, Company K
He died on 17 February 1945 in Belgium

The Elizabethton Star, September 9, 1948
Mr. and Mrs. Malley Bennett of Route , Hampton, have been notified that the body of their son, Private Barney C. Bennett, will arrive in Johnson City Friday. Private Bennett is survived by his parents; five brothers, Grant, Martin and Clinton, all of the home; Darius of route 2, Elizabethton and Clarede of Shell Creek; two sisters, Mrs. Jane Whitehead of Elizabethton and Miss Myrtle Bennett of the home; a son, Carl Bennett and a daughter, Juanita Bennett both of Roan Mountain. 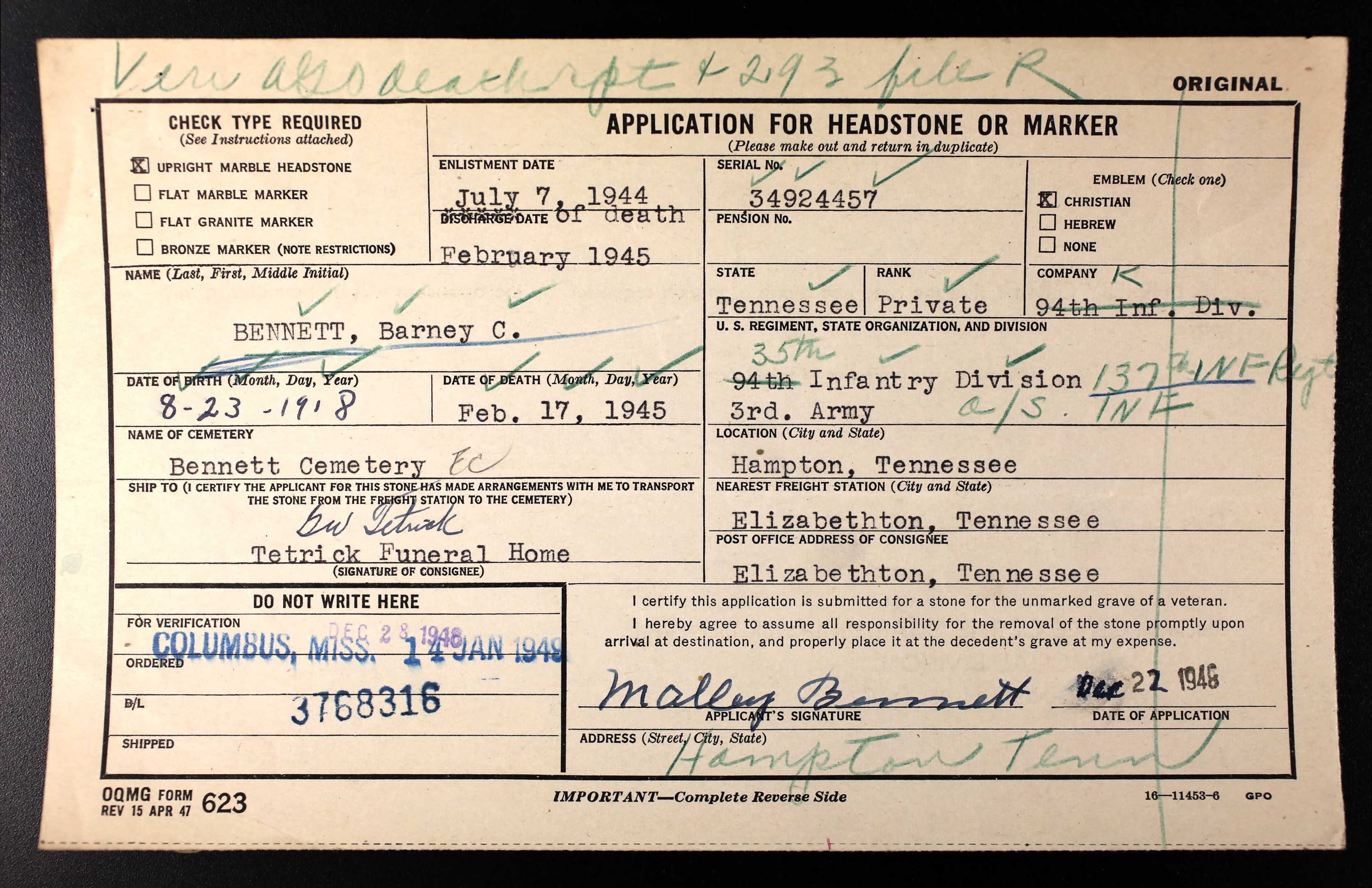 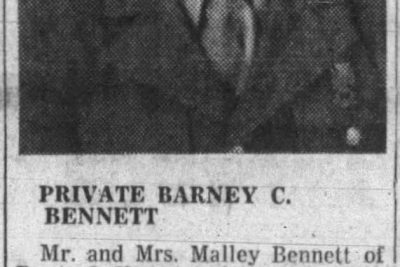