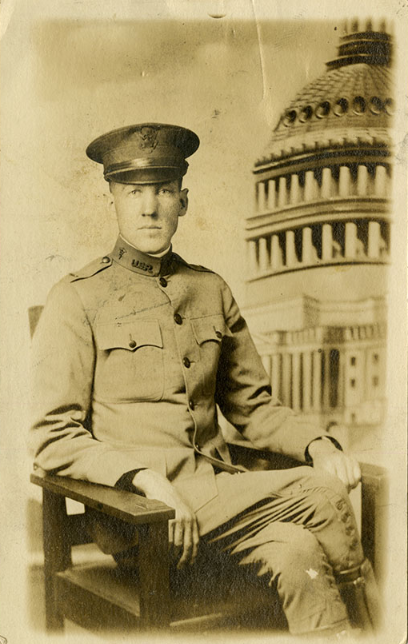 Lieut. Ballard C. Lynch, formerly senior intern at the Knoxville General Hospital, was killed in France, September 29, when the aid station in which he was attending to the wounded was shelled by the Huns. News of his death reached by his wife.
Lieut. Lynch, who was 26 years old, was born at New Tazwell, Tenn. He was a student at the University of Tennessee, and was graduated from the Louisville Medical College, Kentucky, June 6, 1917. He received his commission April 25, 1918, and was assigned to duty at Camp Meade, Md. He sailed for France August 1. He was senior surgeon of the third battalion of the 314th Infantry.
Dr. Lynch was married last winter to Miss Bonnie Burgner, an attractive student nurse. Her two sisters, Misses Amanda and Hazel Burgner, are now in training at the Knoxville General hospital.
The following letter was received by Mrs. Lynch from Capt. L.H. Martin Office of the Surgeon 314th Infantry.

My dear Mrs. Lynch
It is always a very painful duty to inform anyone of a death, but when you know that your husband gave his life for a great cause and that no better medical officer lived, you will find some comfort. He was killed with many others. I extend to you my personal sympathy and the sympathy of all the sympathy of all that are left of this detachment. Sincerely yours, L.H. Martin, Captain.
-The Journal and Tribune, Thursday, November 7, 1918. 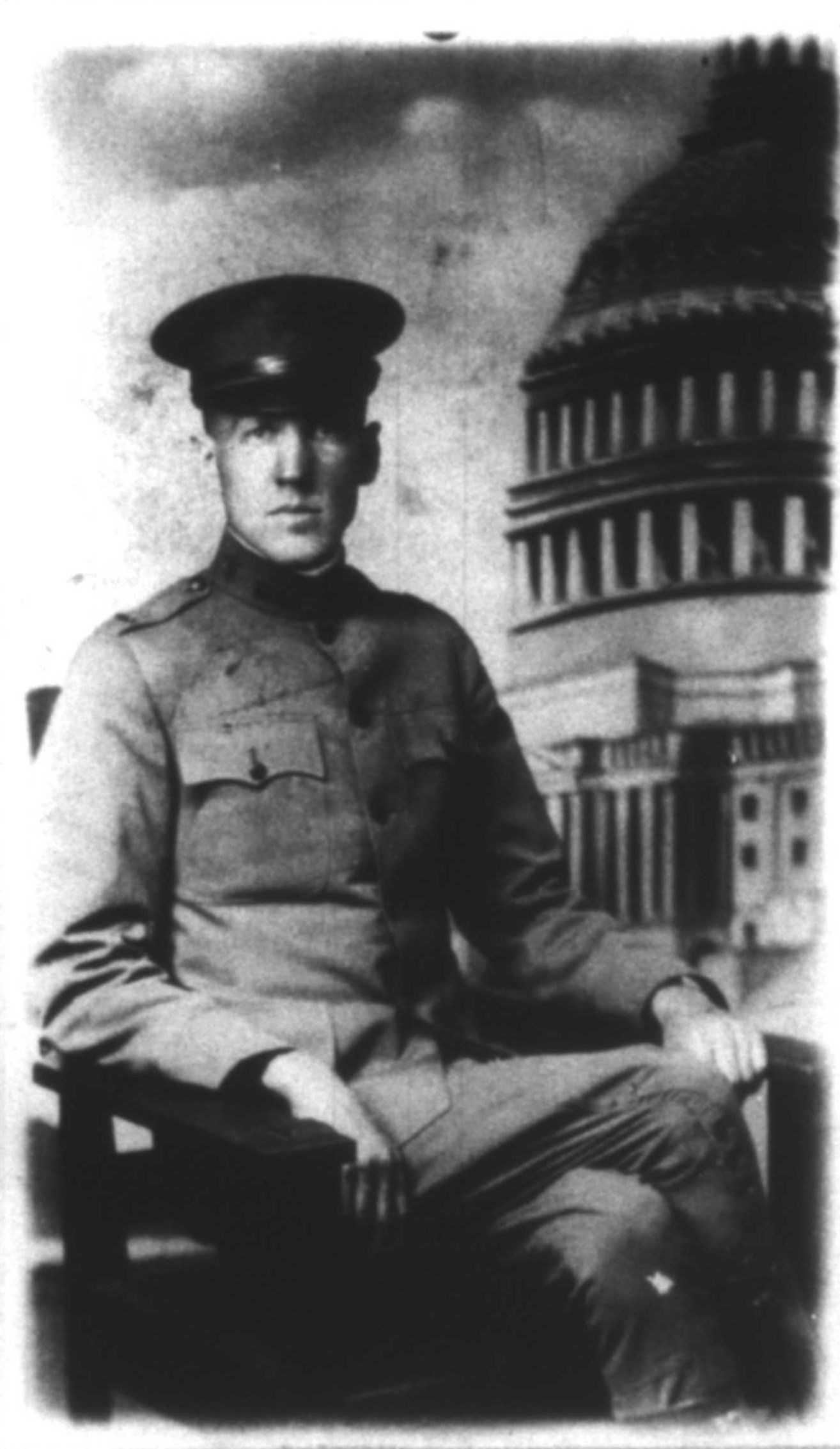 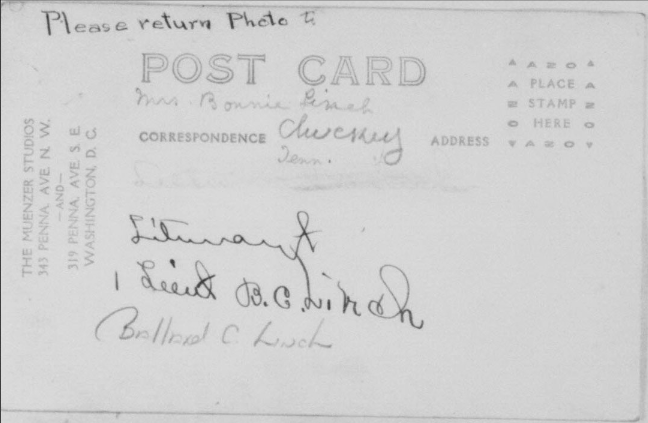 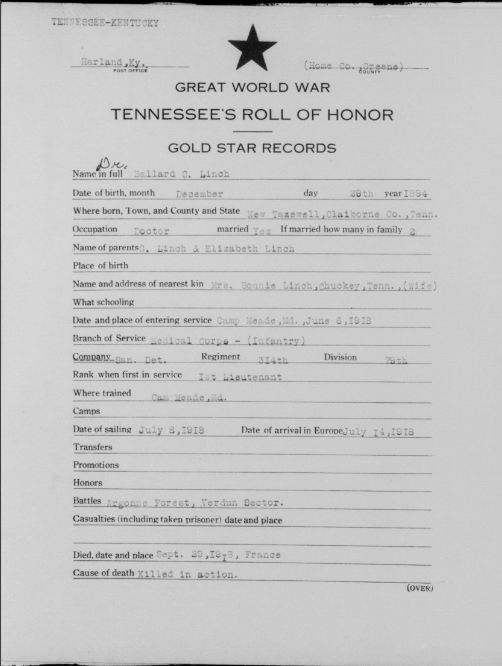 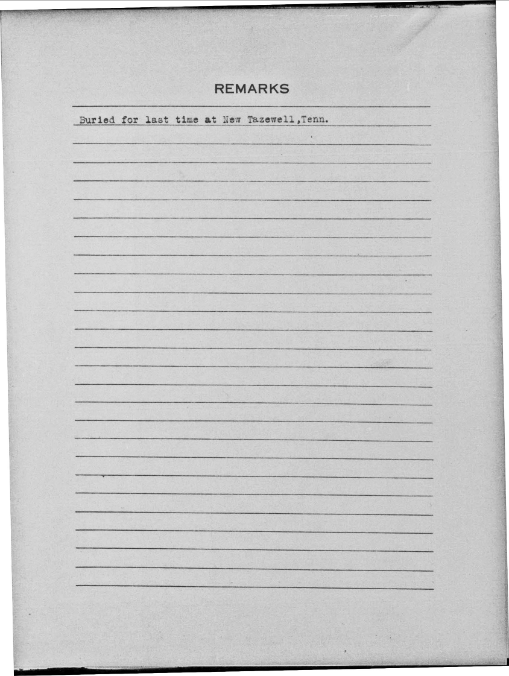 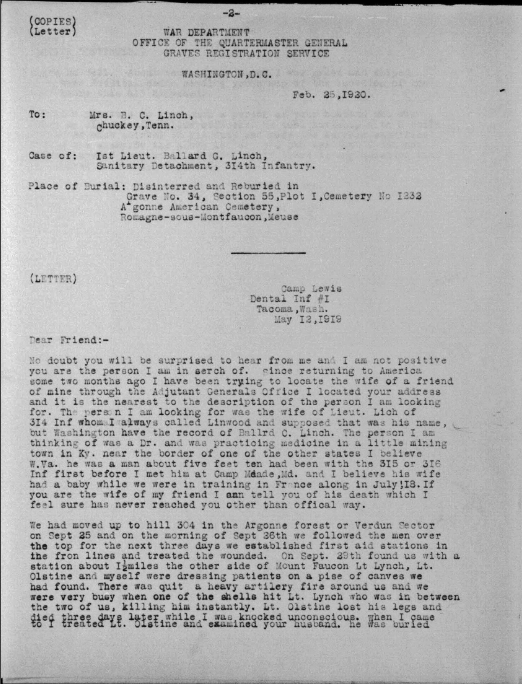 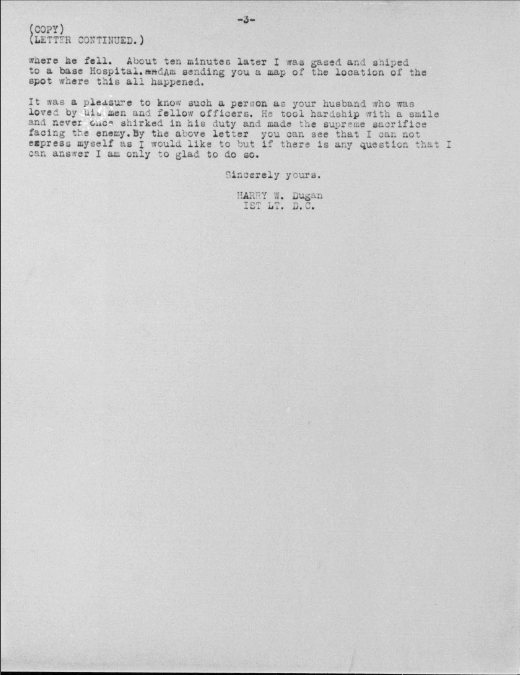 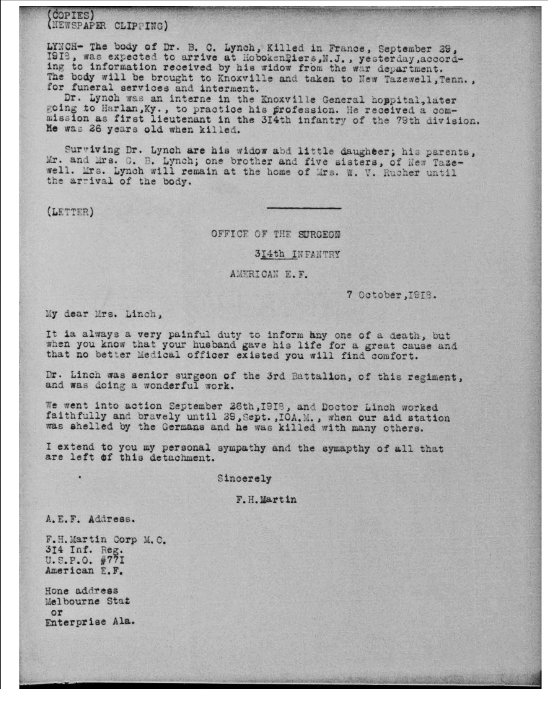 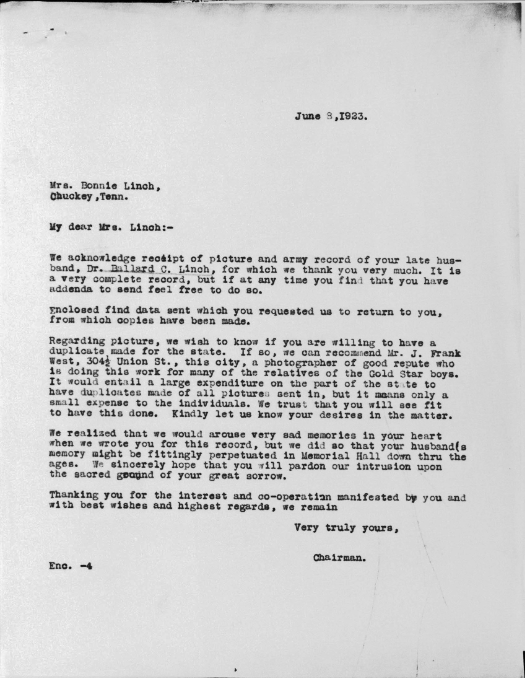 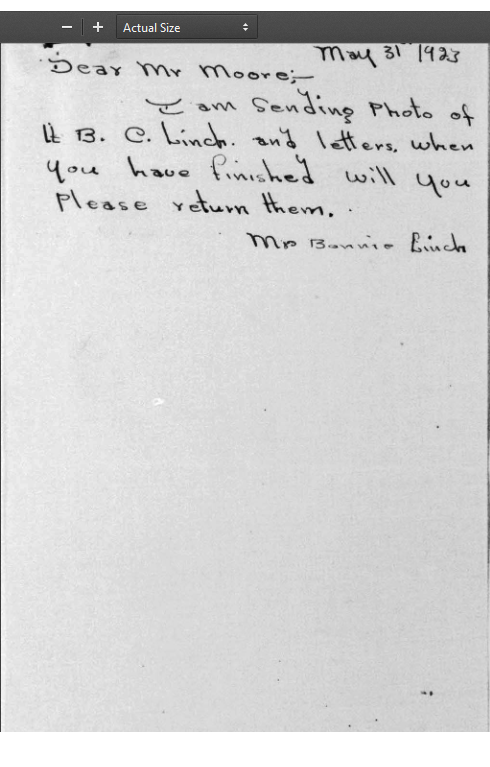 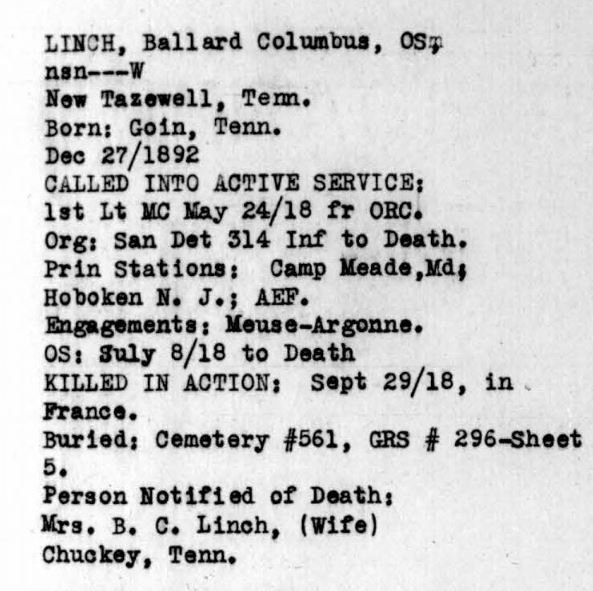 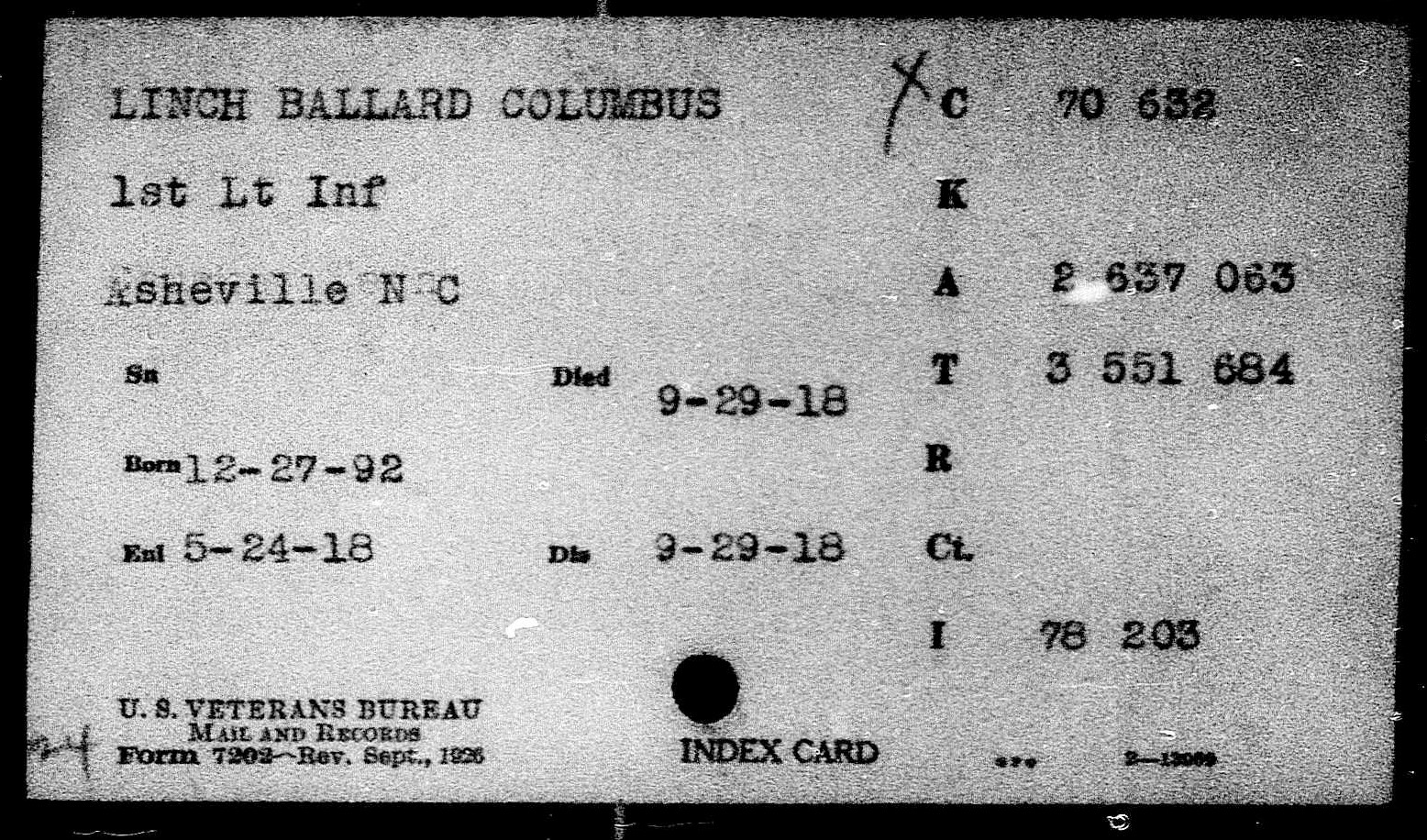