Baldwin Boone was the son of Otah Boone of Woodlawn Pike.
He served on the USS Lawrence and on the Naval Ammunition Depot and Submarne Base at Cavite, Philippine Island in 1941. He was captured by the Japanese after the fall of Corregidor, Philippine Islands, on 6 May 1942, and was held as a Prisoner of War until his death while still in captivity at POW camp #2 – Davao Mindanao Philippines 7-125.
He is buried at Manila American Cemetery, Plot B, Row 16, Grave 12.

The Knoxville News-Sentinel, May 13, 1942
Mrs. Otah Boone of Woodlawn Pike has been spared several anxious days because she failed to receive a Navy Department telegram telling her that her son, Baldwin Boone, was believed to have been killed or captured in the Philppines. A telegram came yesterday from the Navy Department apologizing for the earlier message which suggested Seaman Boone might have been lost, and explained that he is now “somewhere in the Southwest Pacific and safe.”
Mrs. Boone somehow failed to receive the first telegram, and now considers it just as well, she said. The family has known for some time that Seaman Boone was in the Philippines. He has been in the Navy 26 years ago, and is now only 42.

The Knoxville Journal, May 22, 1943
Baldwin Boone, formerly of Knoxville, and a brother of George E. Boone, postman employed in parcel post division at the Knoxville Post Office, yesterday was reported by the Navy Department as missing in action. Boone was a gunner’s mate, first class, and had been in the Navy for 26 years. George Boone of 2120 West Clinch Avenue, said he heard from his brother last April, 1937. He was then at Cavit, Philippine Islands. It is said the Navy has no record of him since April, 1942. Boone said yesterday he observed newspapers pictures of soldiers, sailors and other captured by the Japs after the fall of Corregidor and at the time mentioned that one sailor resembled his brother.

The Knoxville News-Sentinel, August 5, 1945
George Boone, 2120 West Clinch Avenue, was notified yesterday by the Navy Department that his brother, GM2C Baldwin Boone, 44-year-old Navy Veteran who enlisted at the age of , was shot and killed by a Jap guard March 28, 1944, in an attemppt to escape from Davao prisoner of war camp. GM Boone had been a prisoner of the Japs from the fall of Corregidor early in 1942. The notification by the Navy Department said records of the death were obtained from other prisoners of war and from Jap records captured by American troops at Davao. His mother, Mrs. Otah Boone, lives with her daughter, Mrs. Mary Frank White, on Woodlawn Pike. Another sister, Mrs. Emma Tillery, lives on Fourth Avenue. 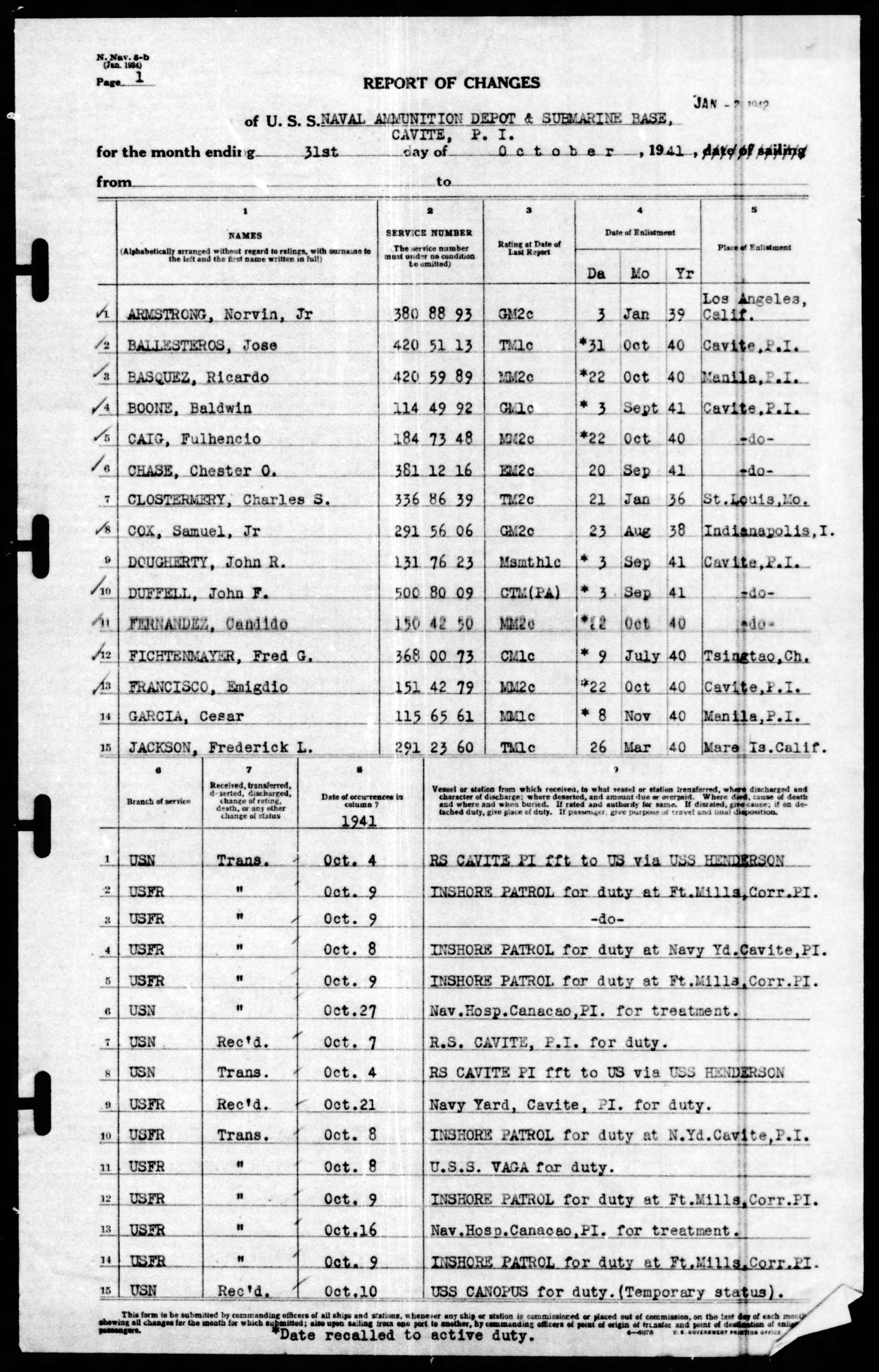 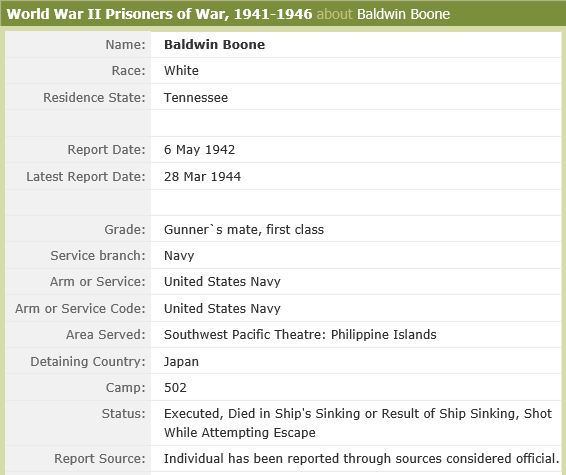 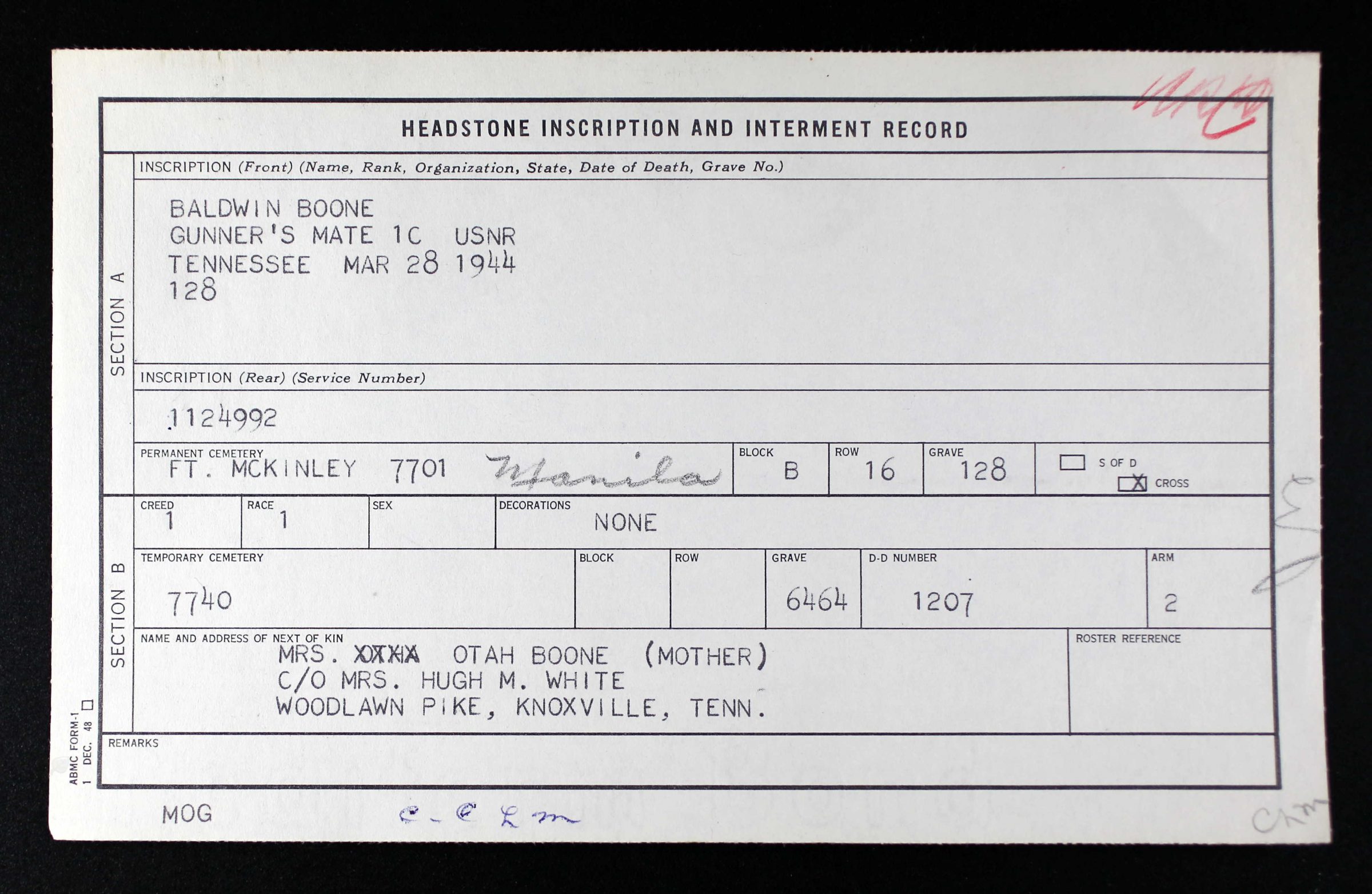 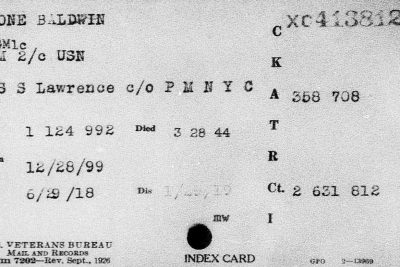 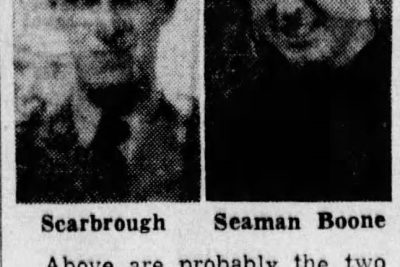 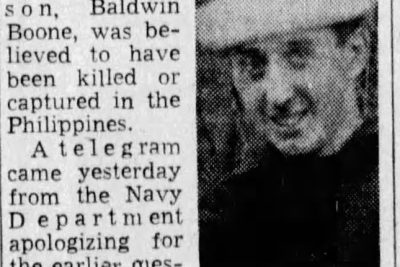 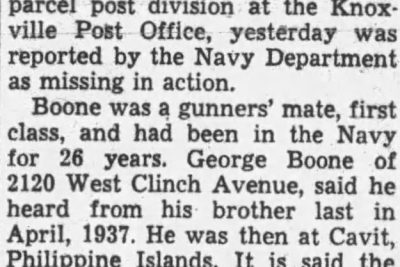 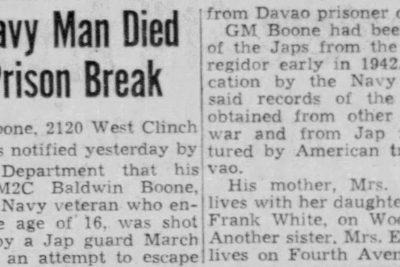