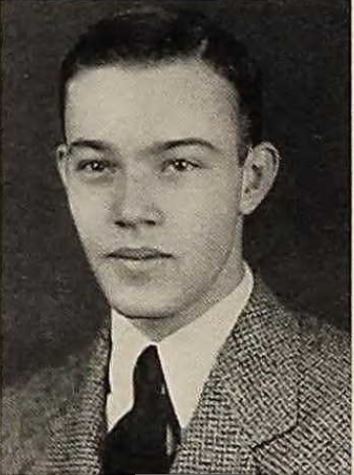 The Knoxville Journal, Dec. 5, 1948
Last rites for Ben H. Testerman Jr., who was killed in action at Betzdorf, Germany, April 6, 1945 on the second anniversary of his enlistment in the U.S. Army, will be held at Mann’s Mortuary Chapel. Interment will be in Highland Memorial Cemetery. Sgt. Testerman was a son of Mr. and Mrs. Ben H. Testerman Sr., 1801 Melrose Place. The father is an attorney and owner of a real estate title Insurance company. The young man entered the service April 6, 1943 and was killed April 6, 1945 in an engagement with the enemy forces at Betzdorf. He was a member of the 310th Infantry Regiment of the 78th (Lightning)  Division of the U.S. Army and was assistant to the reconnaissance officer of his company. Sergeant Testerman was a graduate of Knoxville High School and was in his junior year at University of Tennessee when he entered the Army. While at University the young man was in all activities on the campus and was awarded many honors, having been twice elected as the outstanding student of his class, both his freshman and sophomore years. He also was president of his sophomore class and was acclaimed by his associates as a briljant scholar. His school record shows he was a member of Phi Eta Sigma, freshman honor society requiring a 3.5 scholarship average. He also was a member of the YMCA cabinet and was active in intra-mural sports and a member of SAE Fraternity. Sgt. Testerman had been active in the work of Second Presbyterian Church of which he had been a member since early youth. The 20 year old son of the oldest of five son of Mr. and Mrs. Testerman. The brothers are Dan, John, Kyle and Bryan.
The boyd had been removed from a military cemetery in Holland and returned for military service and interment in Knoxville. 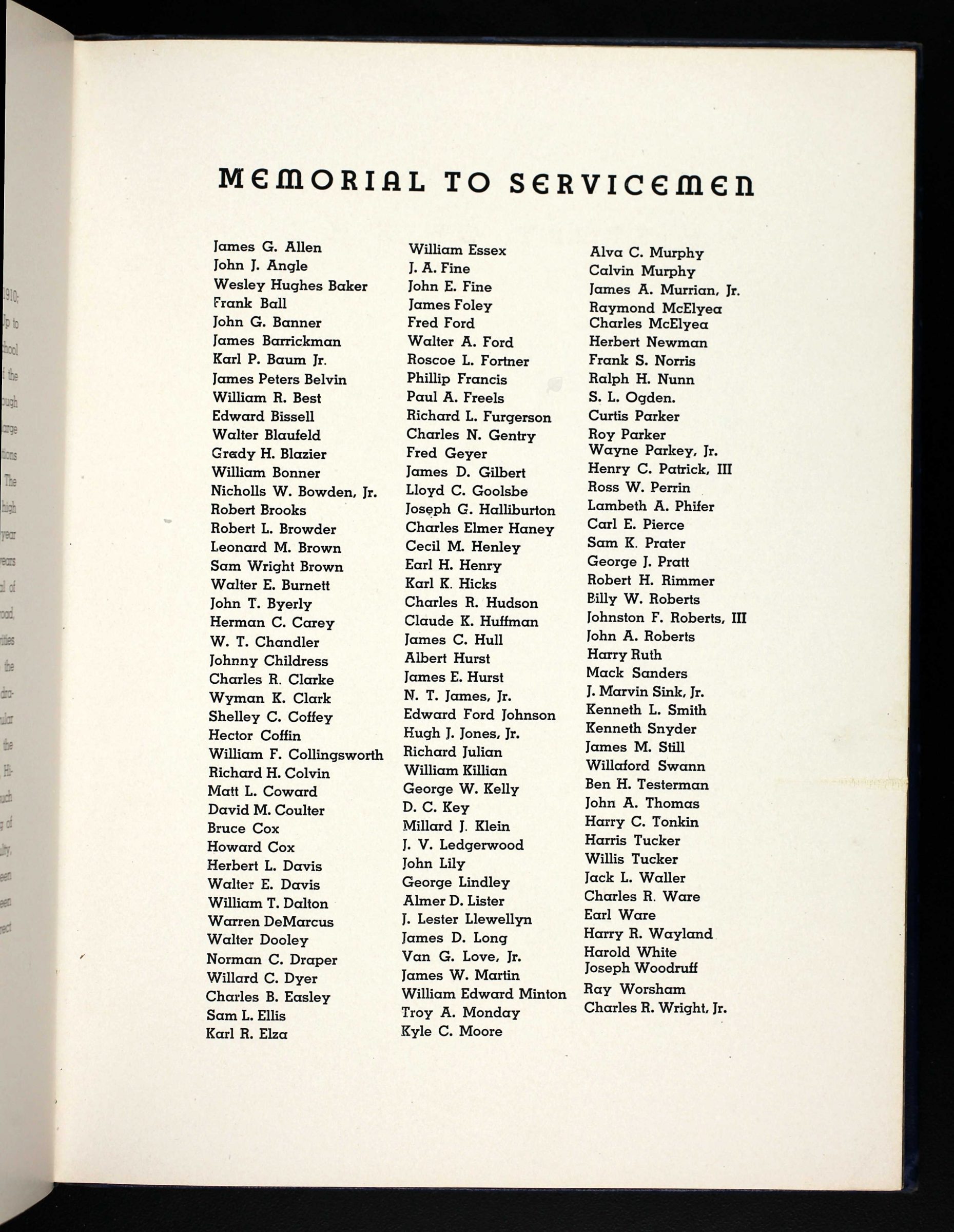 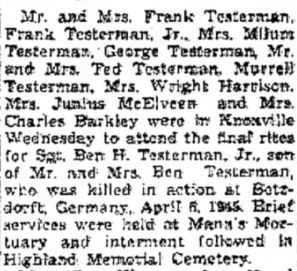 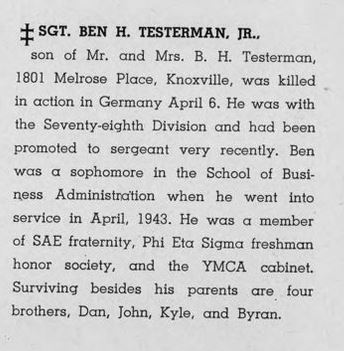 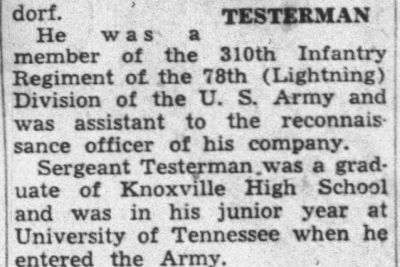