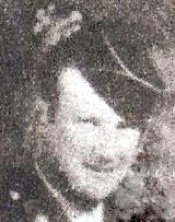 Austin enlisted in the US Army on January 14, 1943 at Fort Oglethorpe, Georgia and was assigned to the 417 Infantry Regiment, 76th Infantry Division. He was promoted to the rank of Private First Class. Austin was killed in action on March 8, 1945 and was repatriated back to Tennessee after the war. Private First Class Dale was buried June 17, 1949 at Chattanooga National Cemetery, Chattanooga, Tennessee 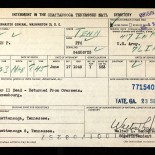 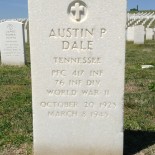