Augustine B. Littleton died at Camp Taylor, Kentucky of influenza at the age of 31. He was a student at the Officers Training Camp. He was the husband of Marguerite Warner and had a daughter Grey Littleton and a son Augustine B. Littleton who died at birth on 31 March 1914 at Chattanooga, Tennessee. A second son, also called Augustine Brabson Littleton, was born on 3 April 1919 and served as a Lt Col with the US Army in Korea and died in 1992.

His wife Marguerite Warner Littleton died on 8 April 1919 of Influenza. She is buried next to her husband at Chattanooga National Cemetery, Hamilton County, Tennessee. 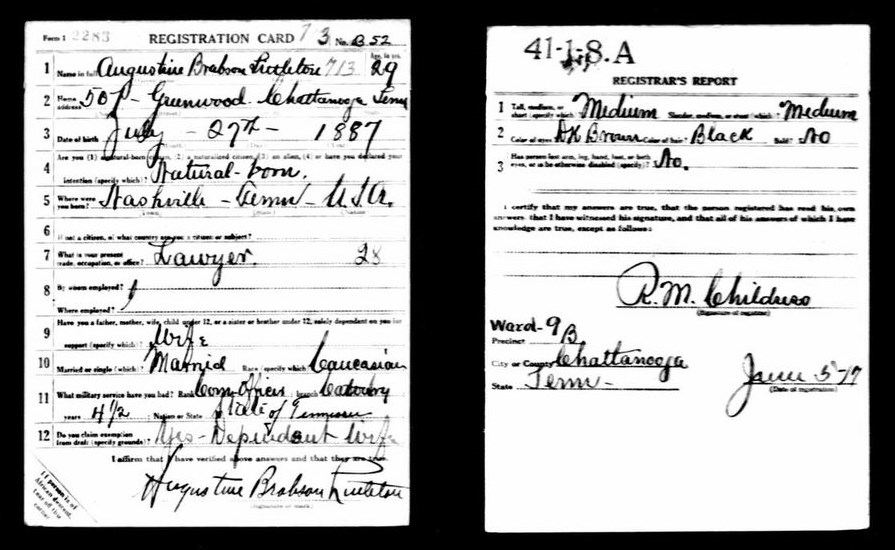 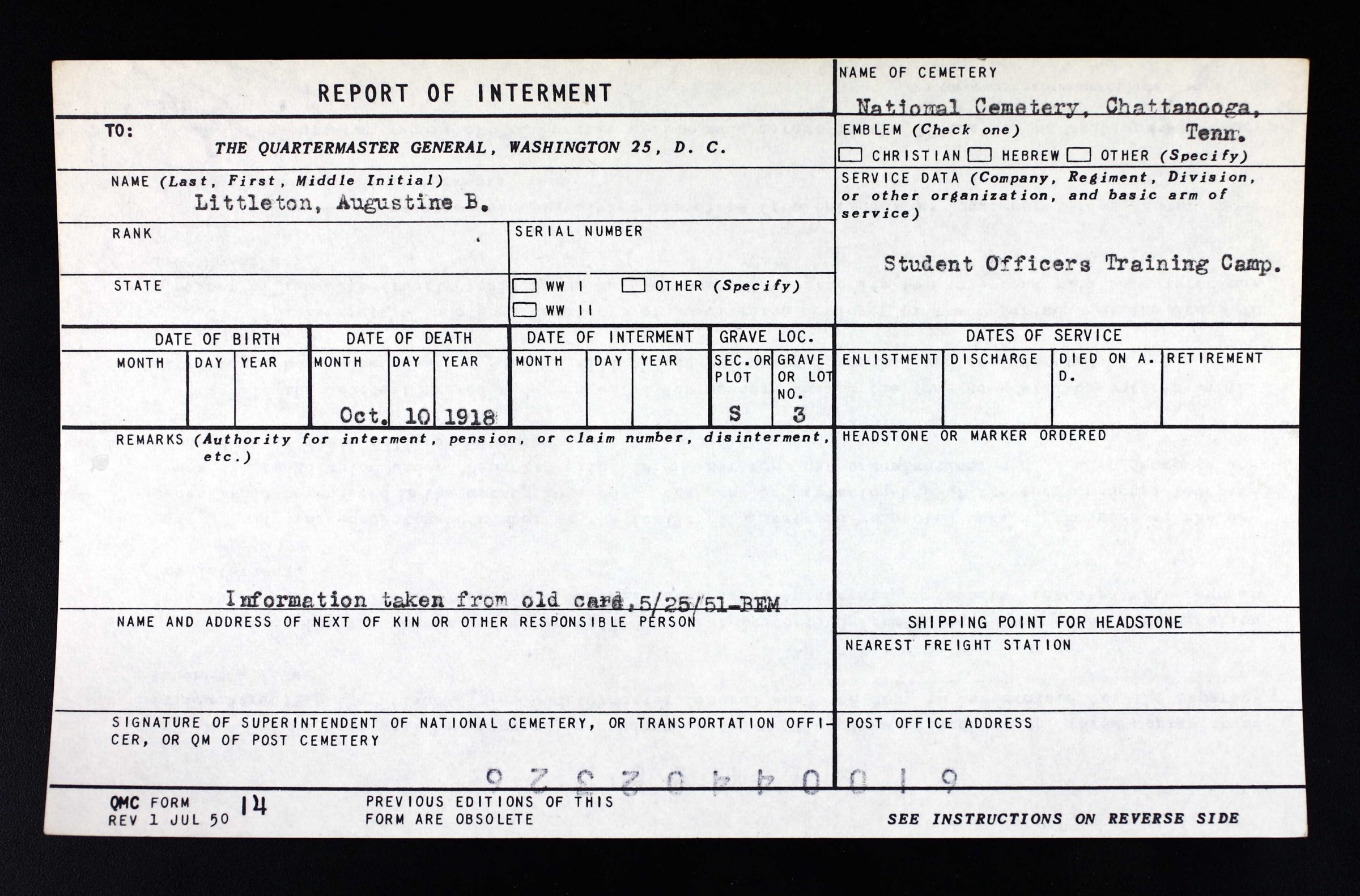 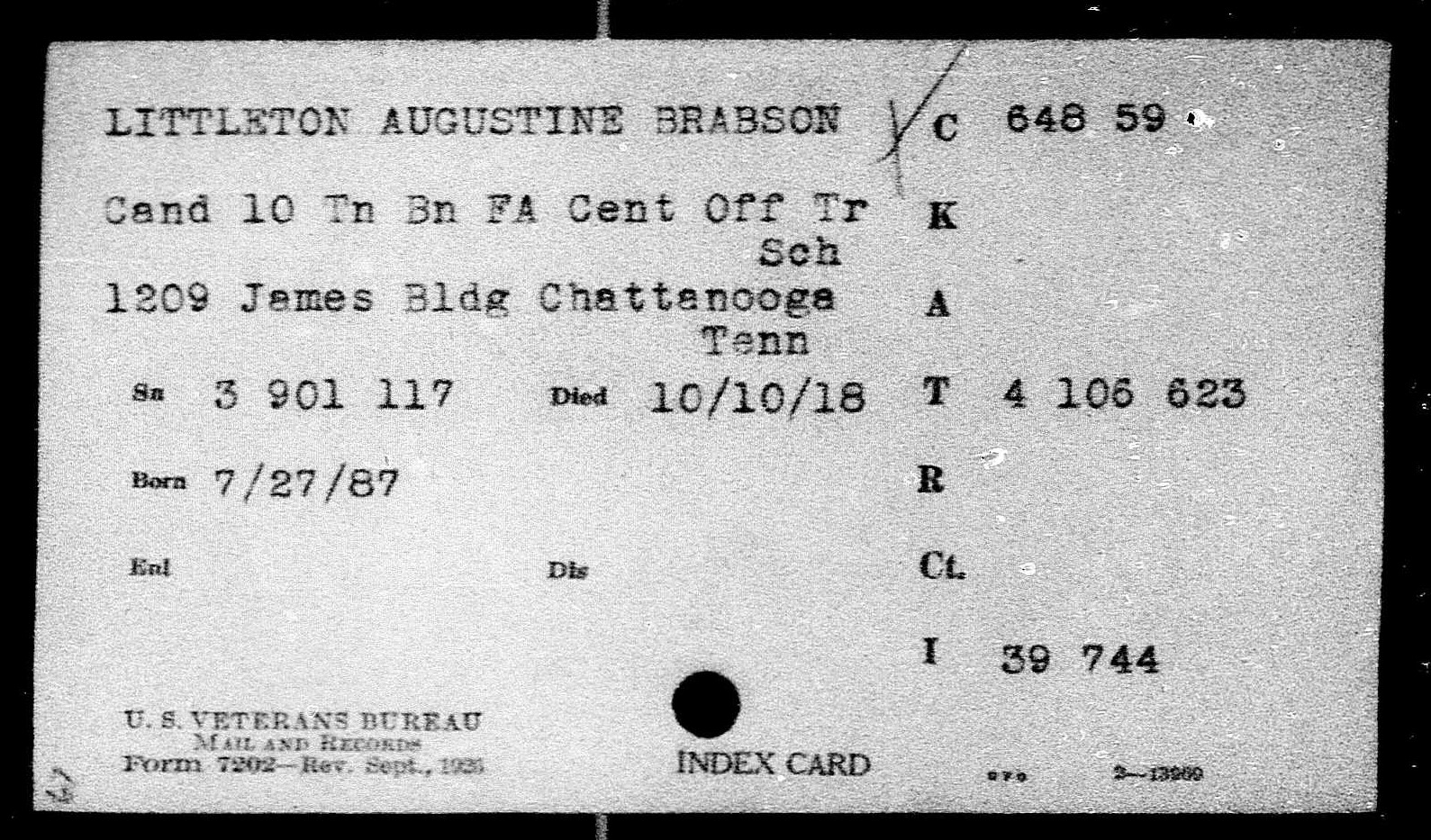 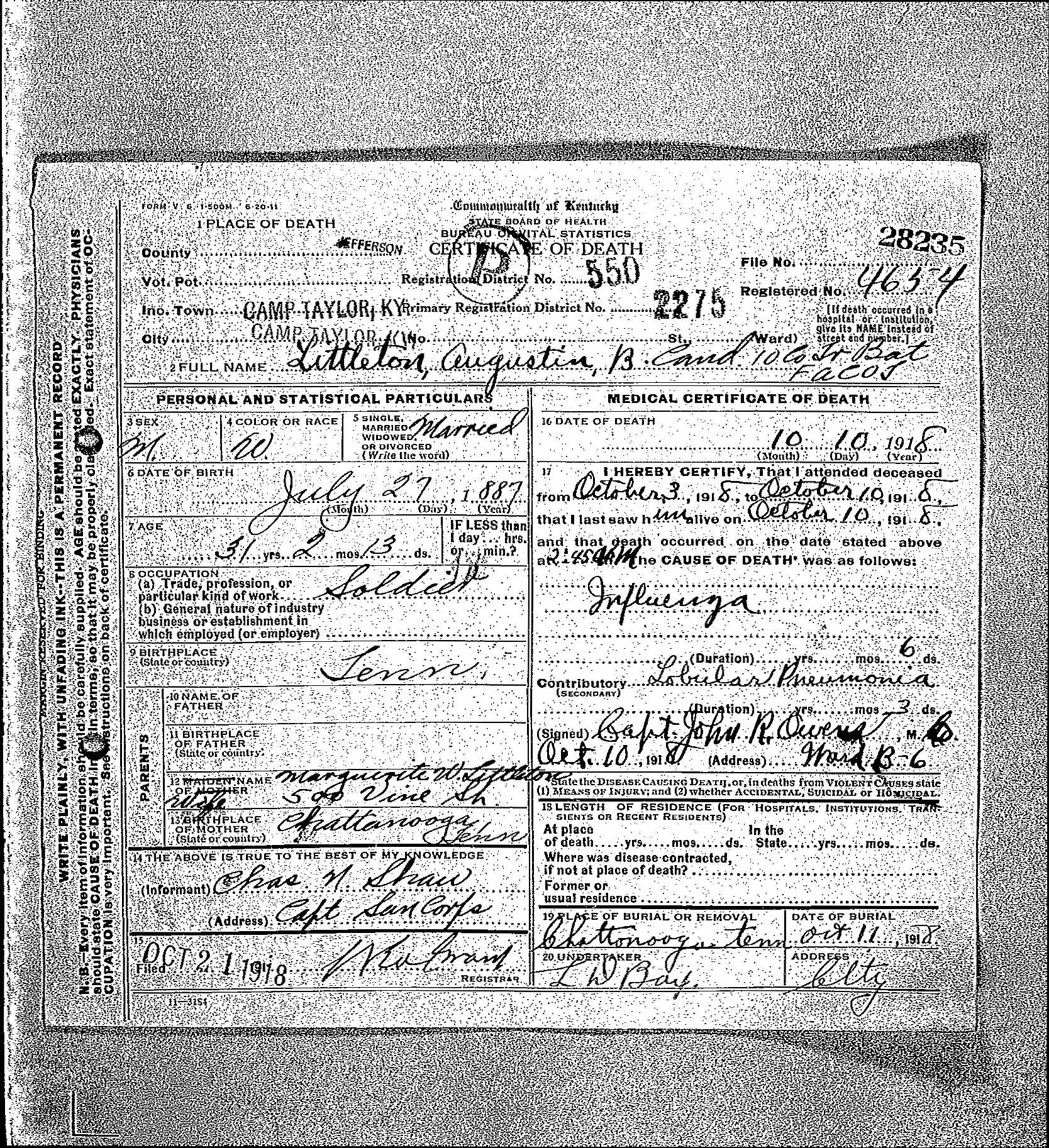 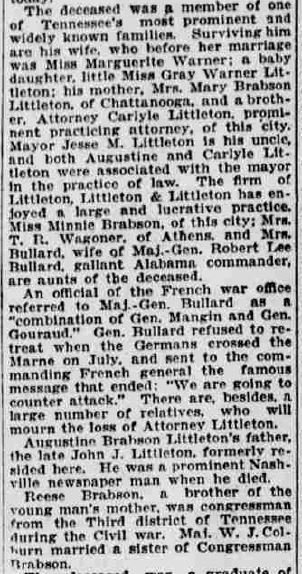 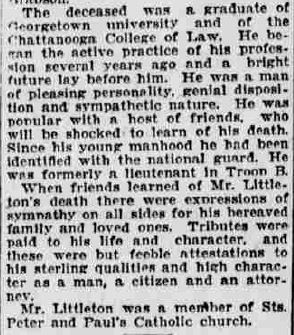 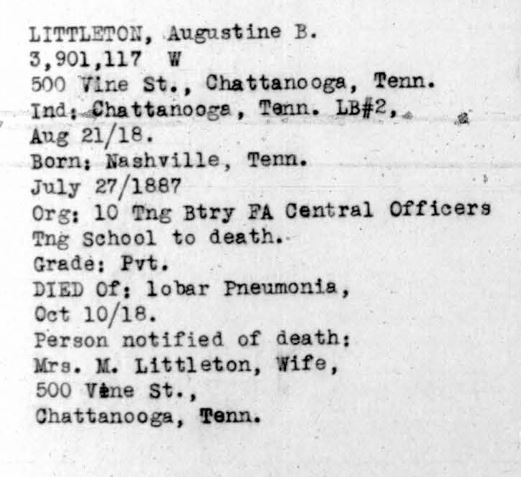