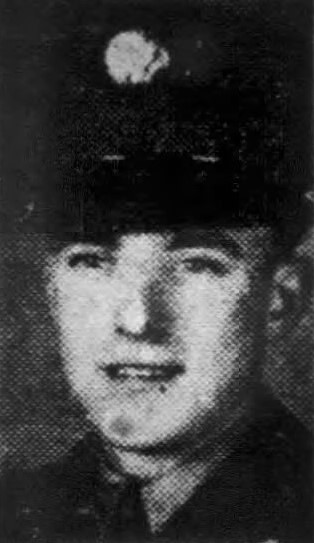 Arvil Lemons was born May 21, 1932 and lived at 1211 Spruce Street in Knoxville. He attended South Knoxville Church of God.

Private First Class Lemons was a member of the 8th Cavalry Regiment, 1st Cavalry Division. He was Killed in Action while fighting the enemy in South Korea on September 3, 1950. He was eighteen years old.

Arvil was repatriated back to Knoxville and funeral services were held September 15, 1952 at Berry Funeral Home Chapel. He was buried at the US National Cemetery in Knoxville with the American Legion Post 2 in charge of graveside services and the US Army Organized Reserves serving as Pallbearers.

The Knoxville Journal, August 10, 1952
The terrible question which hangs over the heads of the families of many combat soldiers – is he alive or dead? – received a new twist yesterday for a Knoxville mother. For her son, whom she has believed to be a prisoner of the Reds for almost two years, has been reported been killed in action in Korea. Pfc. Arvil Lemons, son of Mrs. Roxie Lemmons, 1211 Spruce Road, yesterday was listed by the Defense Department as killed – on Sept. 3, 1950. Private Lemmons attended Flenniken School in Vestal and was employed by the Home Lumber Co., before he entered the service Feb. 3, 1950. He was sent overseeas four months later and was reported missing in action Sept. 3, 1950, during the first vitorious Communist rush in Korea. He was listed as “missing”until last December, when his name appeared on the list of American prisoners of war furnished by the Reds, confirming the belief of relatives here that he had been captured. Last week his family was stunned by a telegram announcing that he had died almost two years ago. No further details were given. “I don’t believe it. He isn’t dead. He’s a prisoner, and he’ll come back,” declared the boy’s grandfather, William Lemons. And his mother , still hoping, agreed. 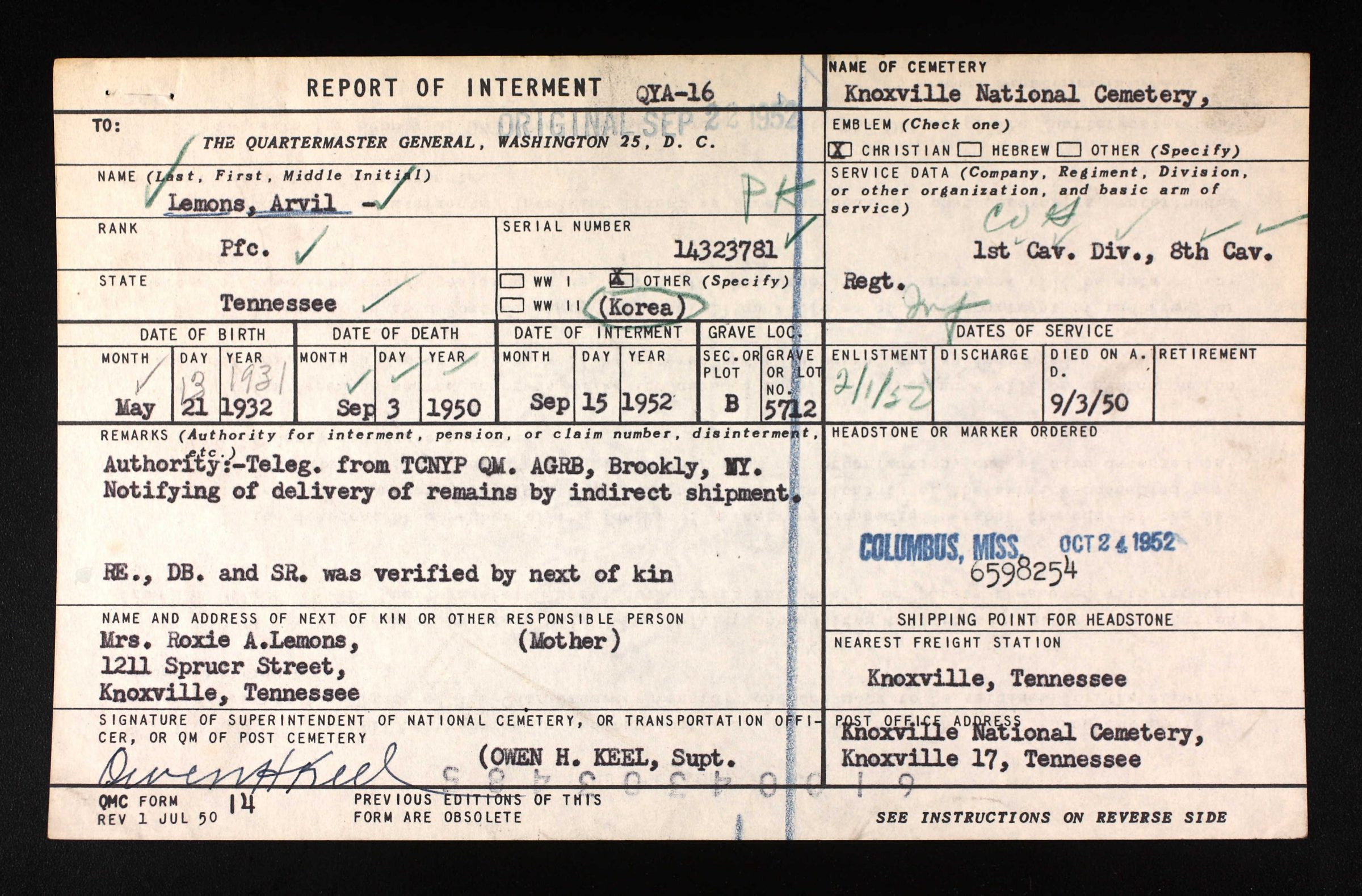 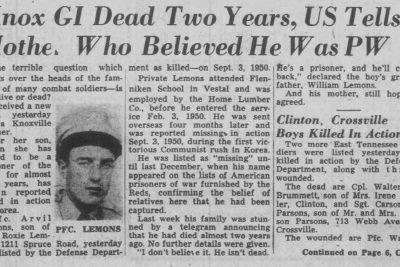 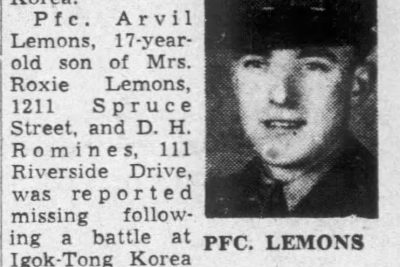