Arthur William Hicks was born in Ringgold, Georgia, son of Andy Hicks. He enlisted at Columbus Barracks in Ohio. He died on 30 December 1917 at the age of 21. Cause; hemorrhage cerebral & pressure from same – (accident) following fracture base of skull.

He is buried at the Chattanooga National Cemetery, S, 14024

Chattanooga News 13 February 1918
Soldier killed in Honolulu buried in National Cemetery
William Arthur Hicks, private in an American Regiment at Honolulu, whose death resulted from injuries received in a motorcycle accident there, was laid to rest in the national cemetery following funeral services from Wann’s establishment, 708 Georgia avenue, at 1 Wednesday afternoon. The body arrived here from Honolulu on Tuesday.
Details of Private Hicks’ death have not yet been received by his people, who reside in St. Elmo. The only information that has come to them is that he died in a hospital on Dec. 30, and a motorcycle accident was named as the cause of his demise. News of his death was received by his people on Jan. 28.
William Arthur Hicks was 23 years of age, and he had served in the army more than four years. He enlisted at Knoxville. He was stationed at Scofield barracks in Honolulu. Surviving him are his parents, Mr. and Mrs. A. H. Hicks; three brothers and a sister. 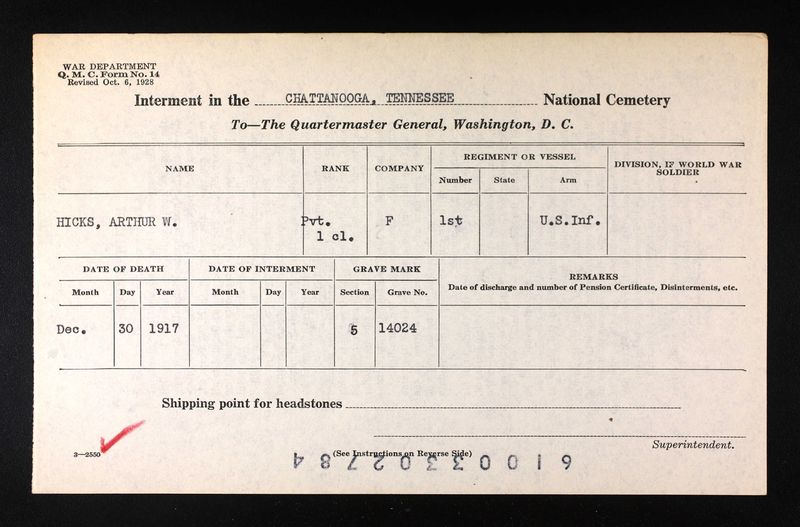 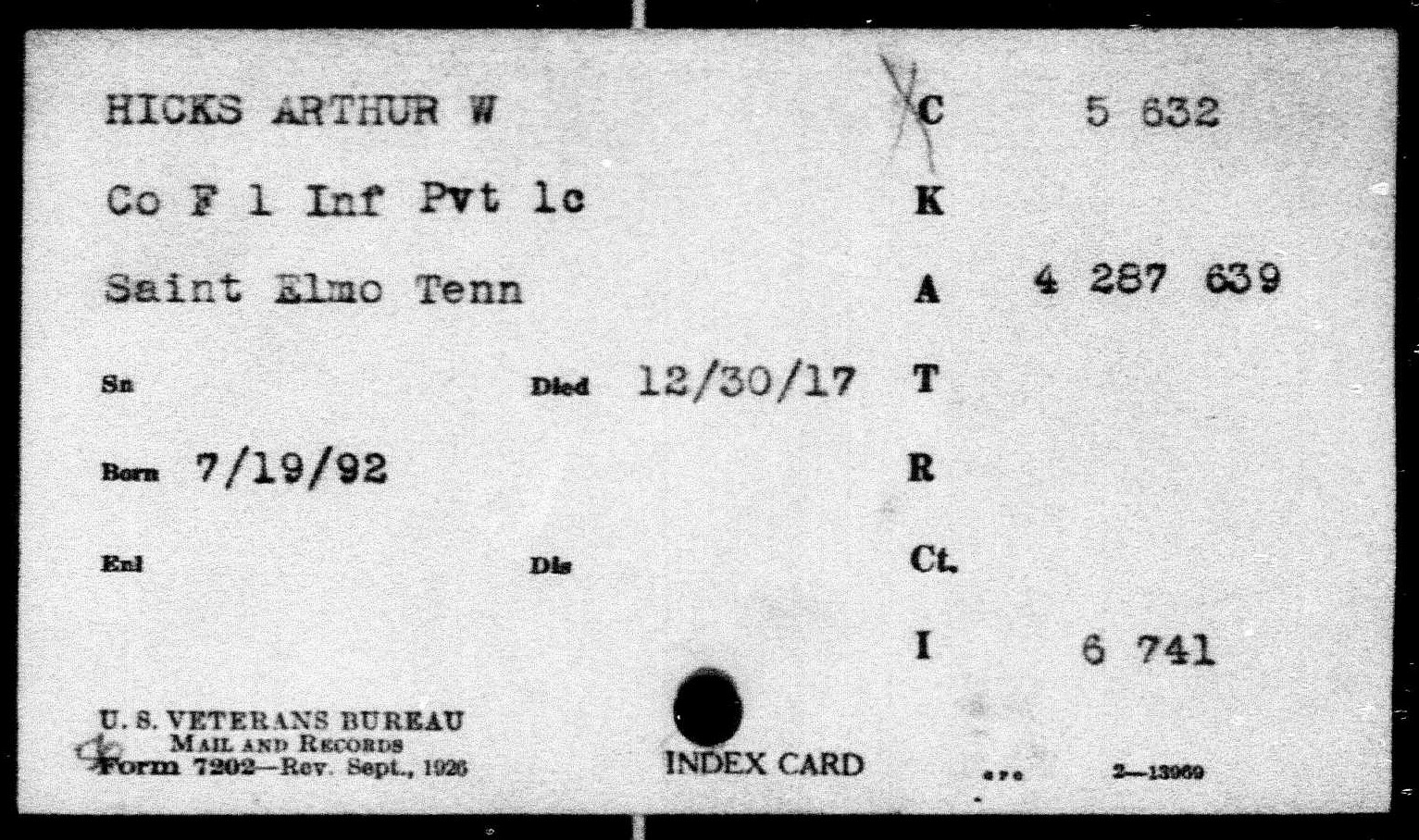 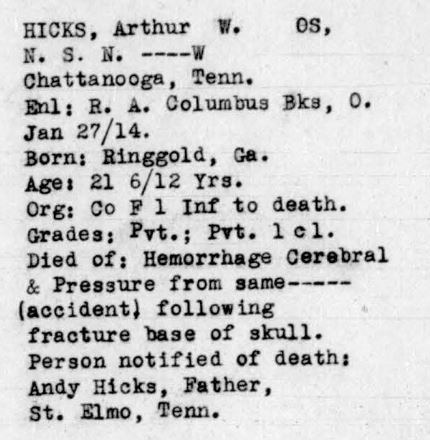 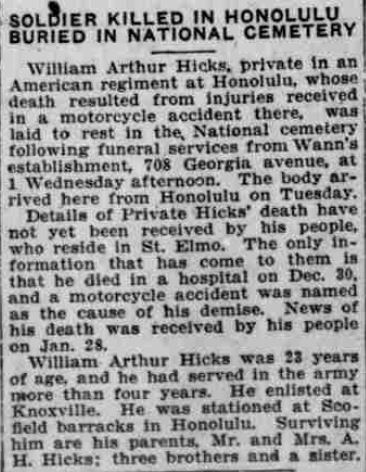