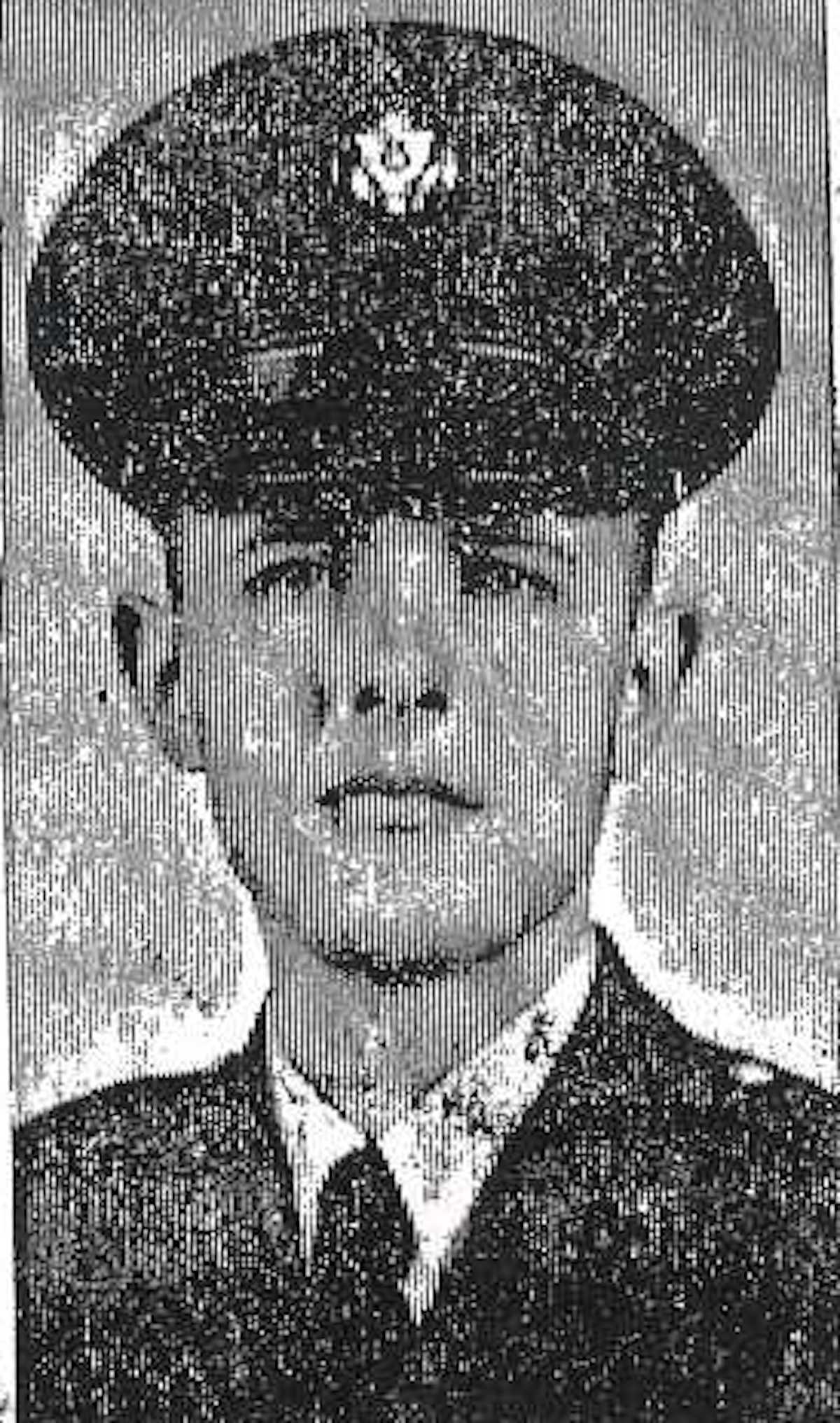 The Kingsport times 11 February 1964
Bluff City, Tennessee – Mrs. Arthur J. Glover received a letter from her adopted son, shortly after she received a telegram notifying her he had been killed by a bomb in South Vietnam. In the letter, soldier Arthur Glover, 24, asked his mother to send his sweetheart flowers on Valentine´s Day. He had all we had, Mrs. Glover sobbed in a telephone interview. She said he was a very devoted son, and that she had received two letters from him during the past week. He always wrote cheerful letters she said. Mrs. Glover said he talked about how hot it was in Vietnam, about his girl, Jean Harlow of Bristol, and what he planned to do when he was released from service. Glover was to return to the states in April, and his mother said he and Miss Harlow, 22, planned to marry then. Glover graduated from Bluff City High School in 1957 and worked for the Clark Radio Supply Co. in Bristol prior to entering the Army in February 1962. Glover was watching a softball game when a bomb exploded beneath the bleachers in Saigon, killing him and PFC Donald R. Taylor of Harrisburg, Pa., and injuring 23 others. 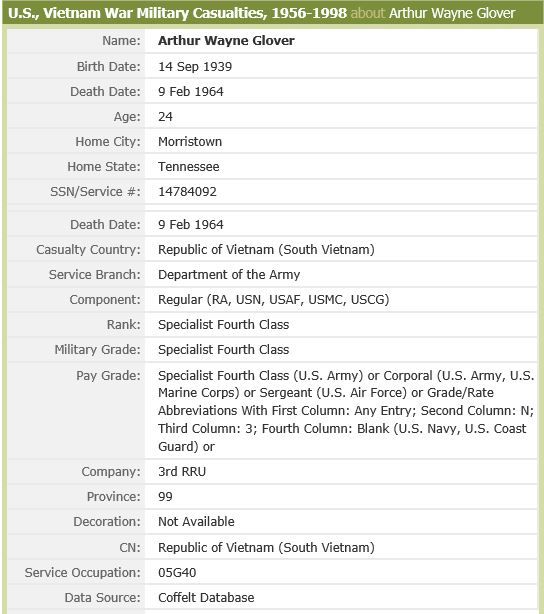 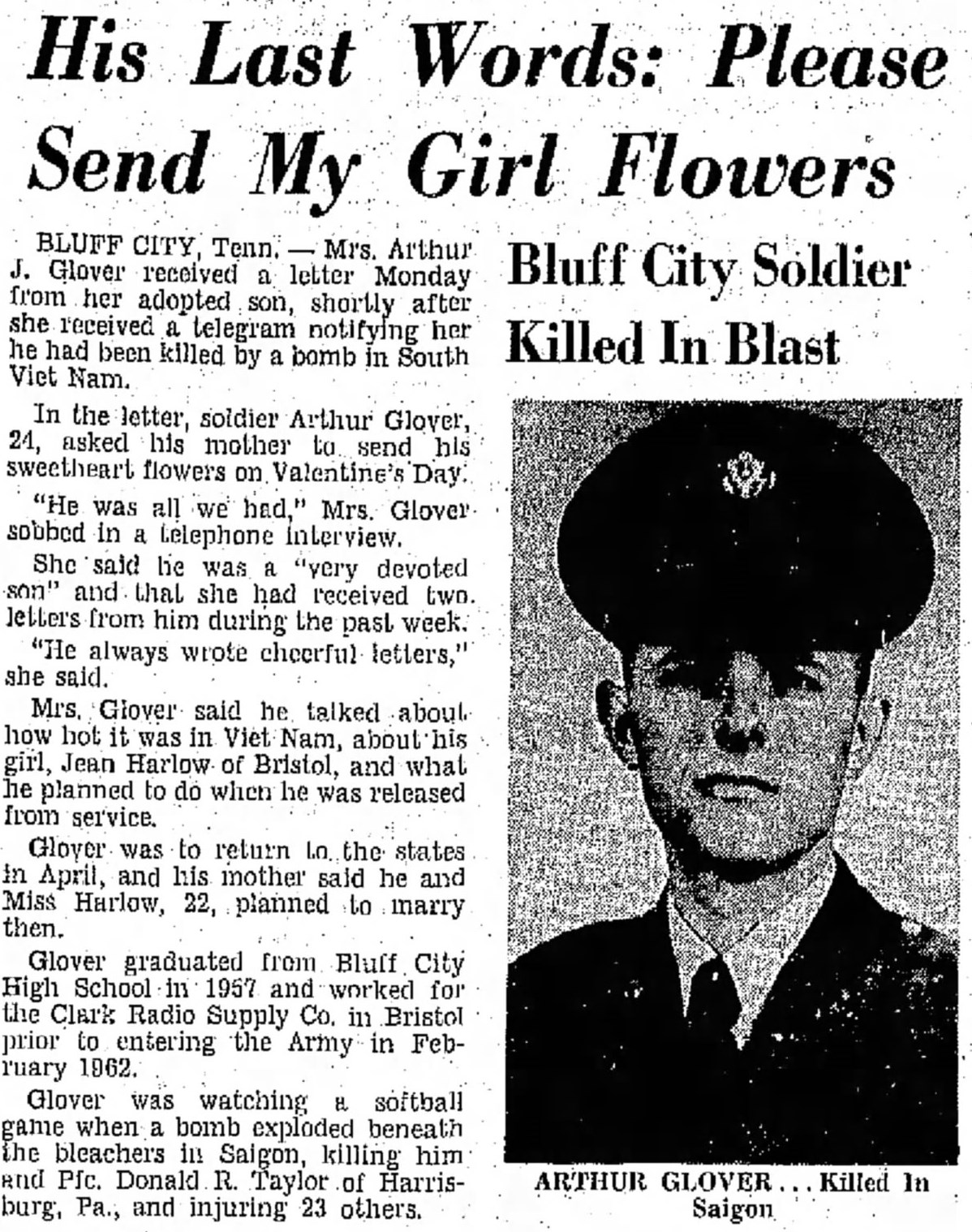