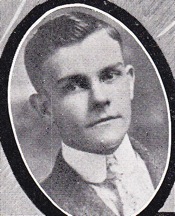 Arthur Walter Gibbons volunteered in July 1917 as a member of the Second Tennessee Infantry. At Camp Sevier, SC, in September 1917, he was transferred to Company C, 120th Infantry, with which he trained and went overseas in May 1918. He participated in all engagements of his company until September 29, when he was killed in action at the St-Quentin Canal in the attack on the Hindenburg Line.

Private Gibbons was a son of William A. Gibbons, 523 Cambridge Street, South Knoxville. He was only 17 years old when he volunteered and enlisted in the Second Tennessee infantry regiment. After going to Camp Sevier, Greeneville, S.C., he was transferred to the 120th Infantry regiment. Private Gibbons was an employee of the Fulton Company before he enlisted in the army. He is survived by one brother, William Gibbons, and two sisters, Mrs. George Crist, South Knoxville, and Mrs. James Scarboro, of Detroit, Mich.

From the Knoxville Journal and Tribune, April 23, 1921: “The funeral of Arthur W. Gibbons, aged 19 years, late of Company C 117th Infantry, who was killed in action in France, September 28, 1918, will be conducted at the home, 525 Gibbons Street, South Knoxville, Sunday afternoon at 3 o’clock. Interment will be in Mount Olive Cemetery. The deceased is a member of Immanuel Baptist church at Vestal. He is survived by his father W.A Gibbons and a brother W.C. Gibbons, also a sister, Mrs. Minnie Crisp.” 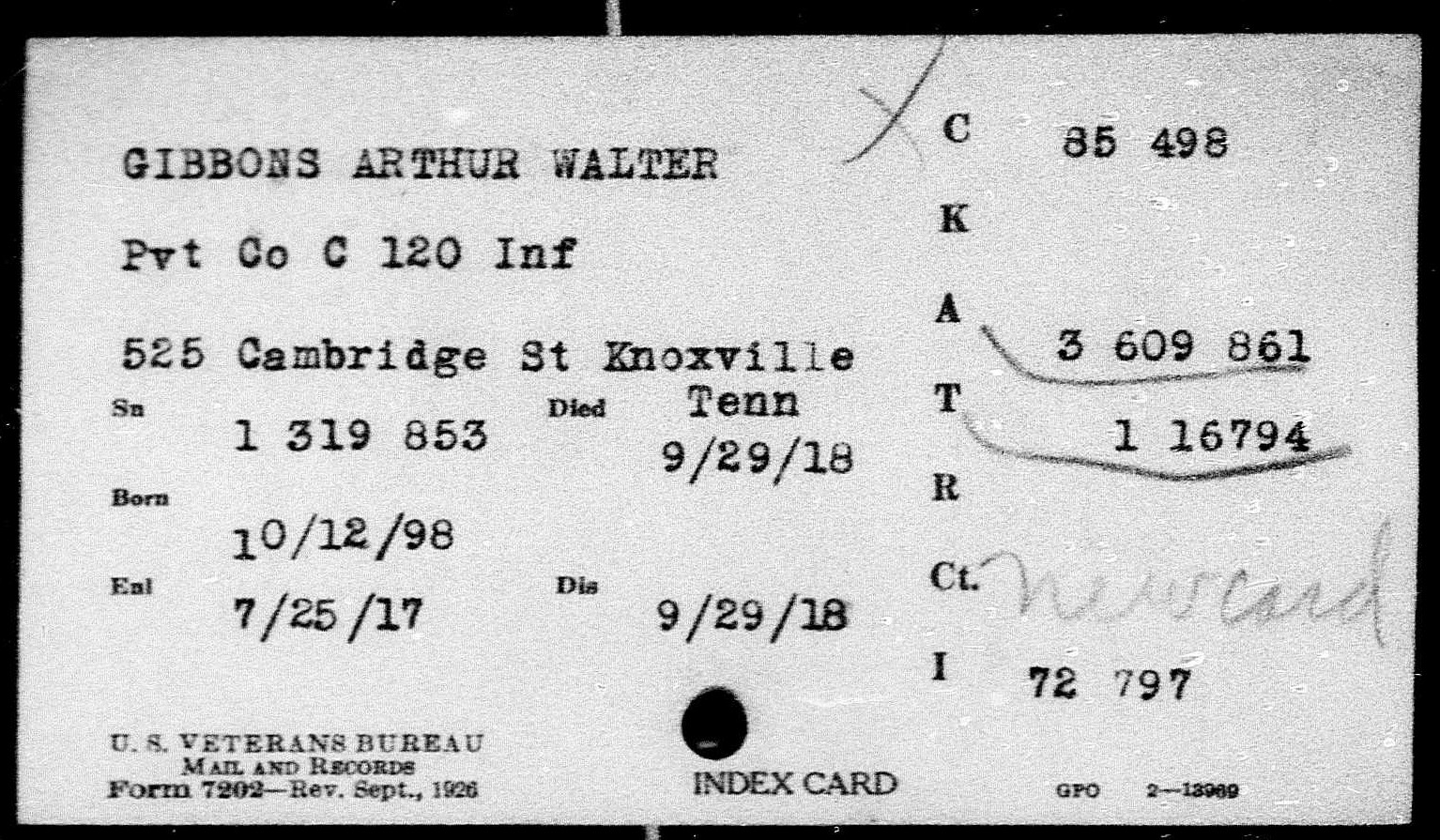 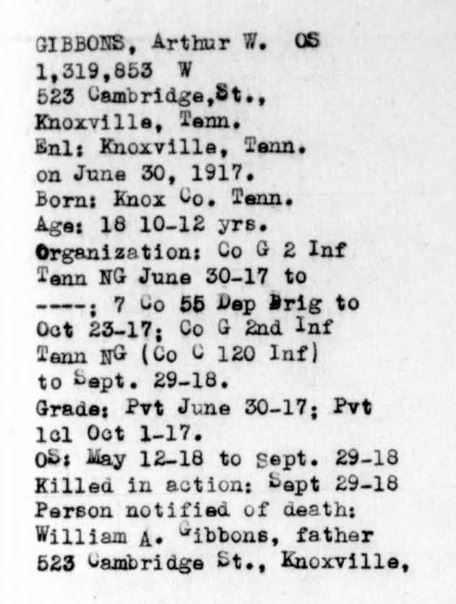