Arthur Thomas Allison was born 21 October 1894 in White County, Tennessee, son of Alice Lillian Hassler Allison. PFC Allison was killed in action on 29 September 1918 at the Hindenburg Line, at the age of 22. He is buried plot B, row 30, grave 8, Somme American Cemetery, Bony, France

Arthur enlisted in the Tennessee National Guard on 16 June 1917, at Crossville, and was assigned to Company D, 2nd Infantry Regiment. A month later, the War Department created the 30th Infantry Division, comprised of National Guard units from Tennessee, North Carolina and South Carolina that were federalized on 25 July 1917. Arthur’s unit was sent to Camp Sevier near Greenville, South Carolina, for pre-deployment training. Redesignated as Company G, 119th Infantry Regiment of the 30th Infantry Division, Arthur’s unit shipped off to Europe. They landed at the Port of Calais, France. In June 1918, the division began training with the British Army. On 20 September, the 30th Division was given its own sector within the British Fourth Army area for the Somme Offensive of 1918. After a two-day British artillery barrage, the ground attack against the Hindenburg Line began at dawn on 29 September 1918. In the fog and smoke of the battle, a gap developed between the 119th and an adjacent American unit exposing the left flank of the 119th and the 30th Division. The enemy seized the opportunity and counterattacked into the gap. The 119th repelled the Germans and continued the advance. By 0730 hours, the 30th Division broke through the Hindenburg Line and two hours later liberated the village of Bellicourt, France. Arthur, who had attained the rank of Private First Class, and several other Americans were killed during this action. 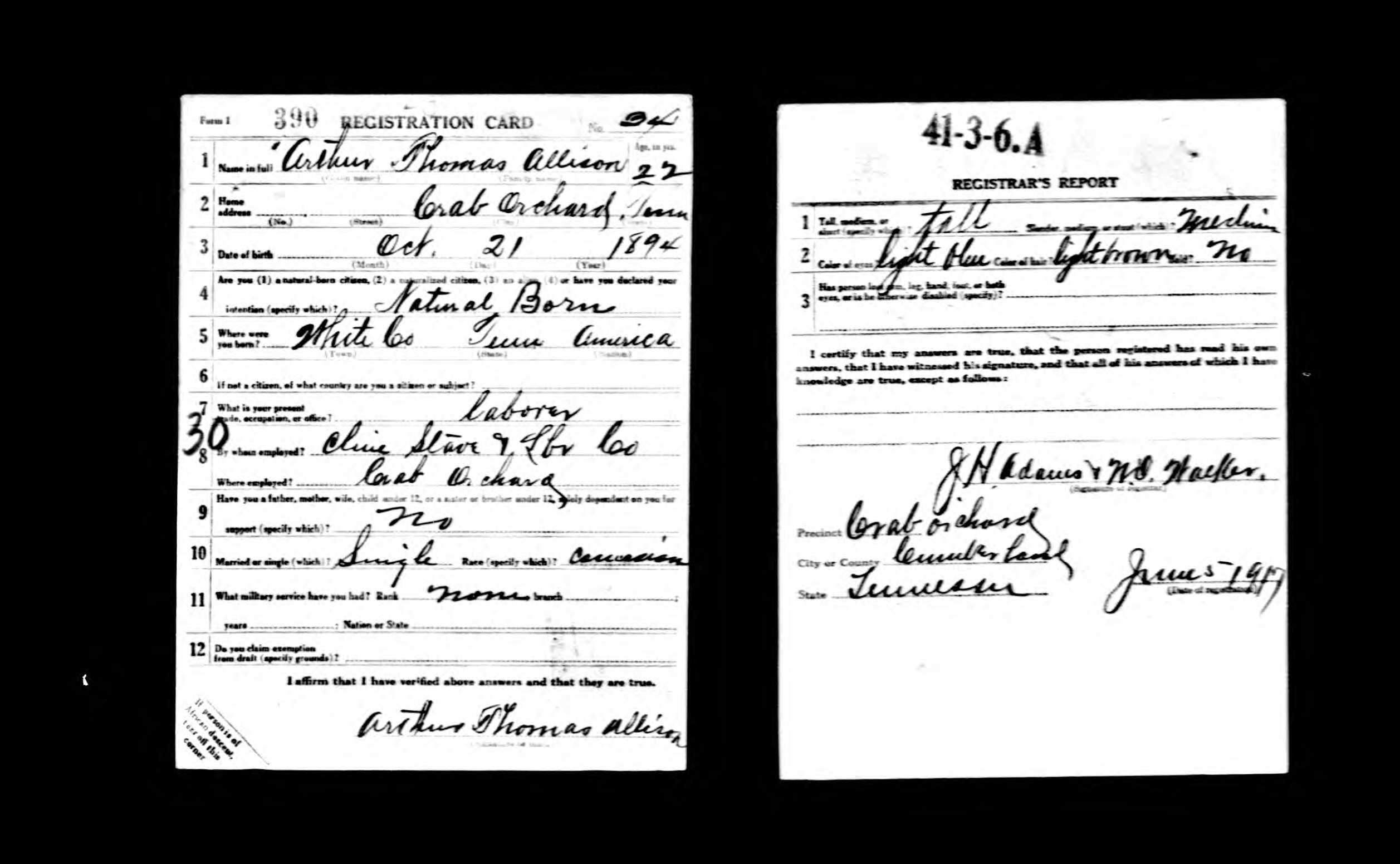 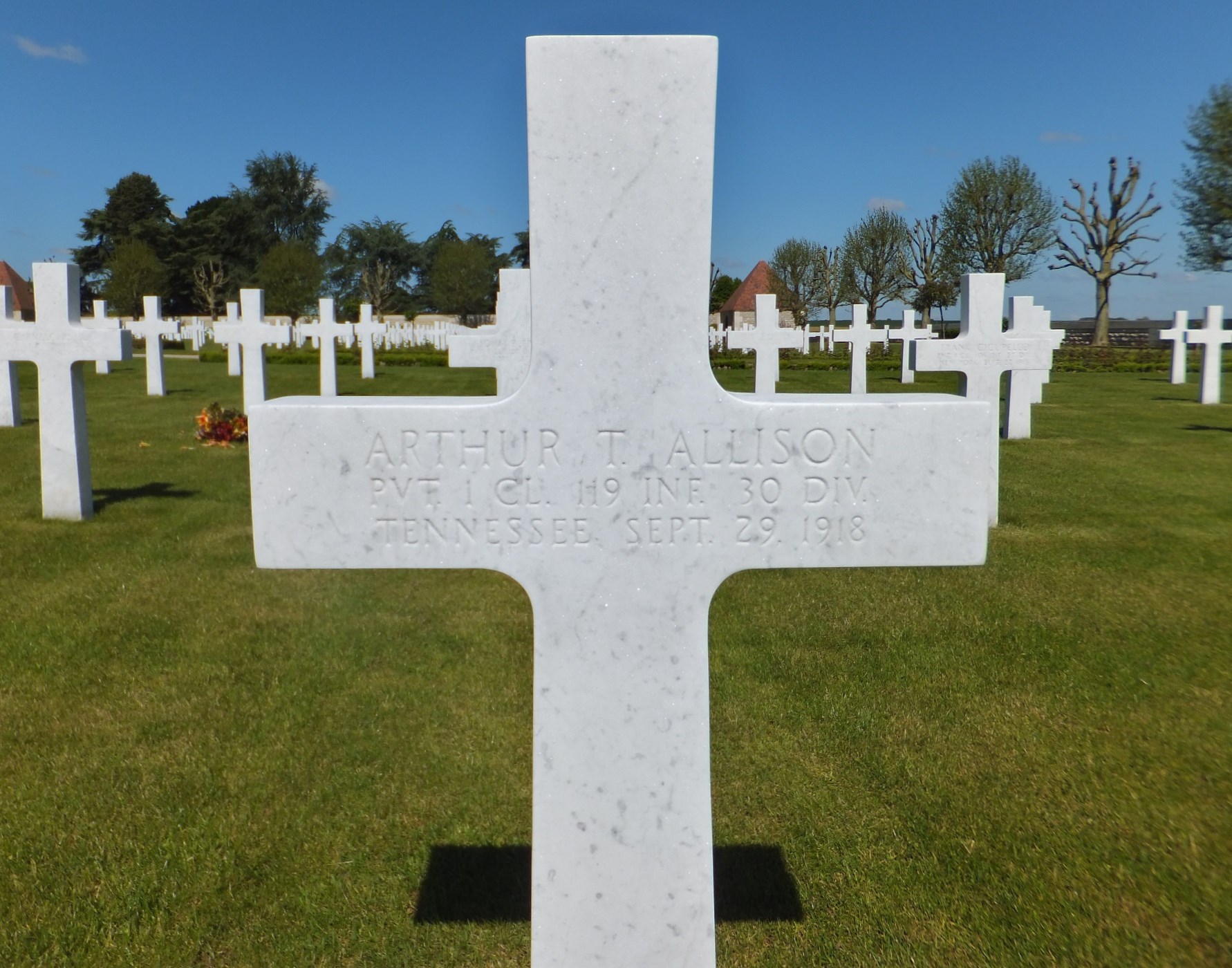 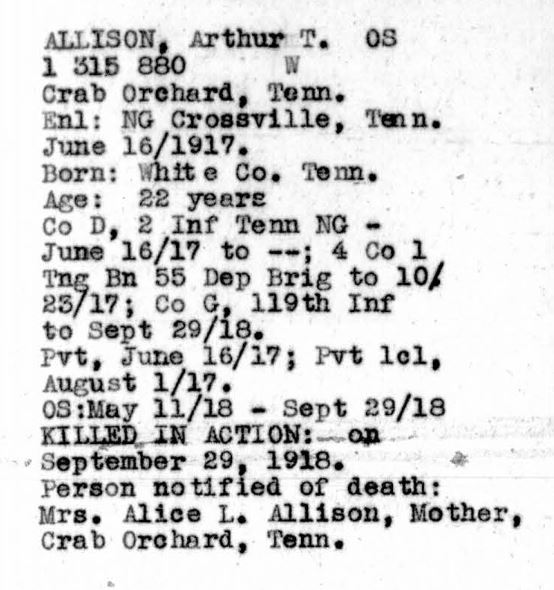