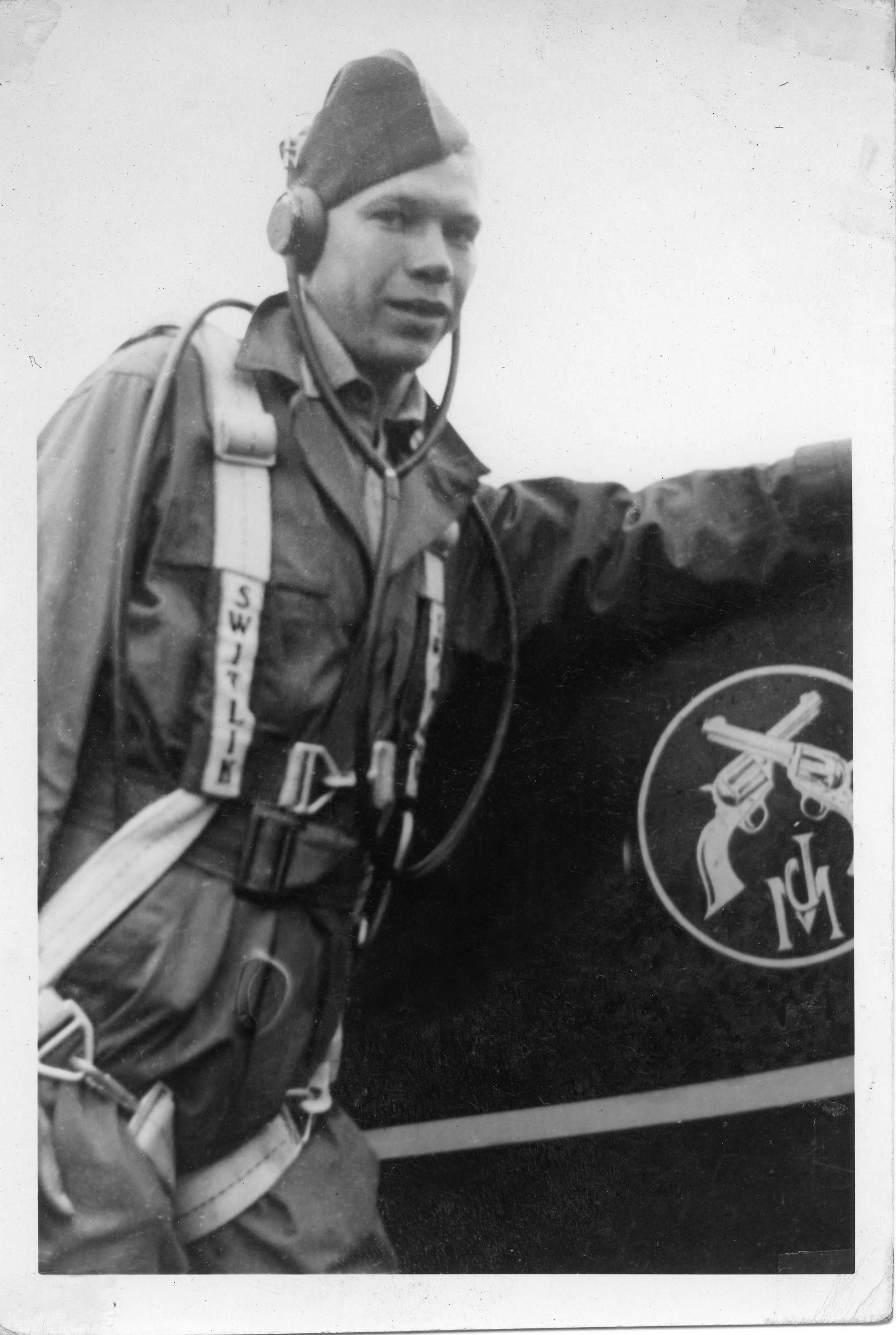 The Knoxville Journal, August 8, 1944
Second Lt. Arthur R. McCoy, B-24 navigator who entered the service in February, 1943, has been missing in action over Germany since July 21, the War Department has notified his parents.  Mr. and Mrs. H.M. McCoy, 507 Maple Avenue, Fountain City. A graduate of Knoxville Hig School, Lieutenant McCoy attended the University of Tennessee before entering the service. He has been overseas since June 10.

The Knoxville Journal, August 10, 1945
The War Department has announced that Second Lt. Arthur R. McCoy, previous listed as missing, now has been listed as dead. Lieutenant McCoy, a navigator on a B-24 Liberator, was the son of Mr. and Mrs. H. 507 Maple Avenue, Fountain City. He had been in service 17 months, overseas six weeks, and was on his fourth mission when he was reported missing.
A graduate of Knoxville High School, he was a second lieutenant in the ROTC there and member of the Hiking Club, the KHS Chorus, and the Washington Píke Methodist Church.
Lieutenant McCoy entered the service in February, 1943. He received training at Miami Beach, Fla., Union University, Jackson Pine Bluff, Ark., San Antonio, San Marcos, and El Paso, Texas. He received his commission on Feb. 28, 1944, at San Marcos, Texas. A member of the Fourth Bomb Squadron of the Eight Air Force, he was reported missing over Kempton, Germany.
He is survived by his parents and two brothers, Capt. Clyde McCoy, somewhere in the Philippines, and S/Sgt Wallace McCoy, stationed in Texas. 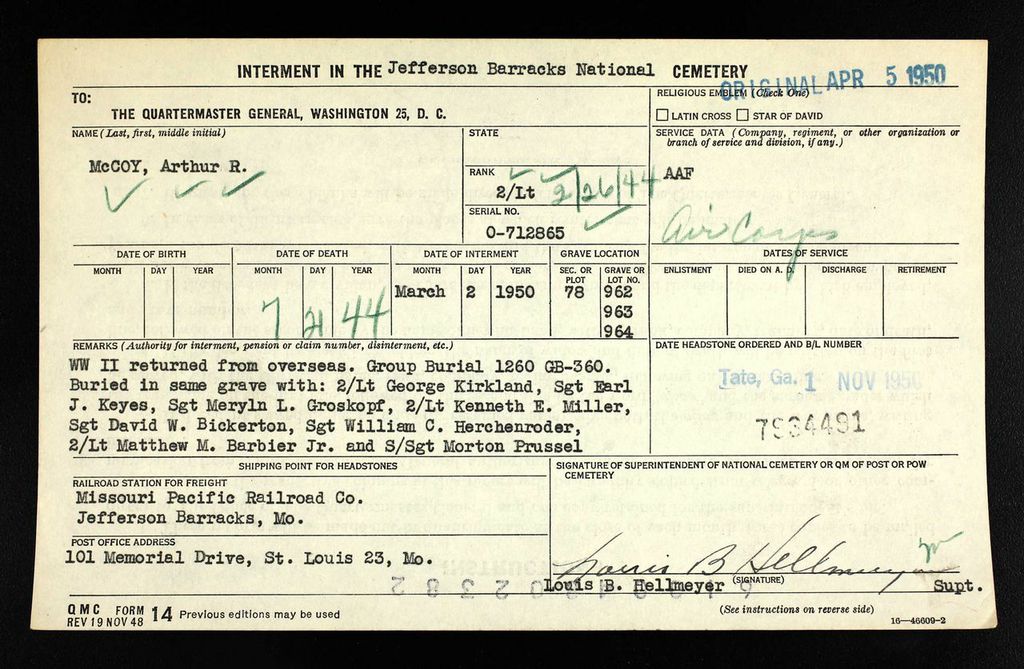 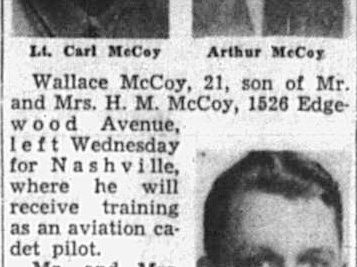 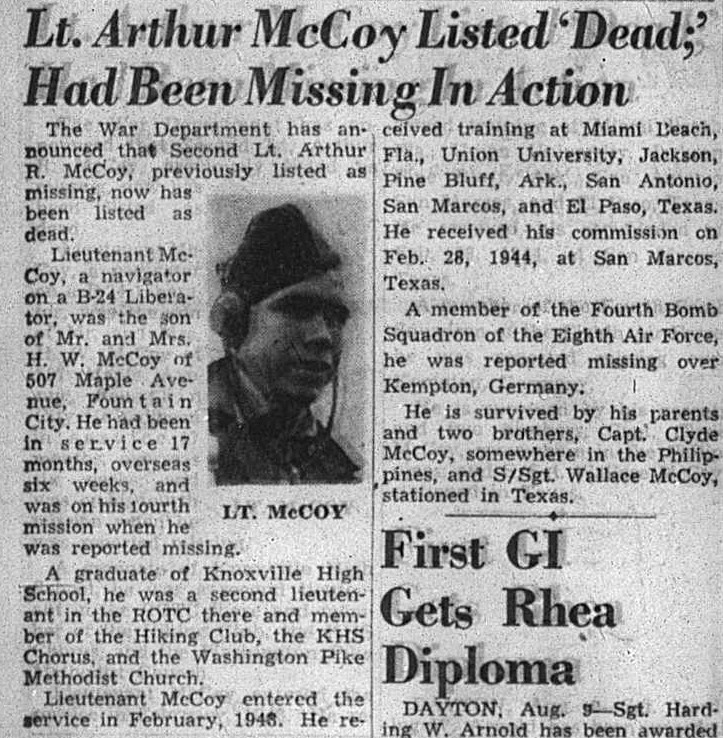 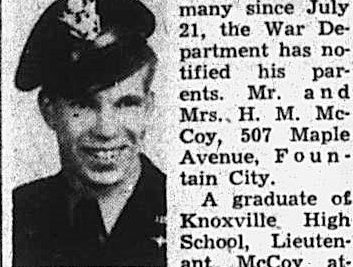