Arthur Orlando Johnson was born on February 11, 1933. He was the son of Mrs. Geneva Sandridge and his step-father, William Sandridge. Arthur was a member of Logan Temple Church and a student at Austin High School before entering the United States Army.

Private Arthur O. Johnson was a proud member of the 24th Infantry Regiment, 25th Infantry Division. The 24th Infantry Regiment was an all black regiment that was founded in 1869 and served in the Western United States before seeing combat in the Spanish American War. The 24th was part of the Buffalo Soldier regiments. The 24th remained an all black regiment throughout World War One and Two and at the end of the war was serving occupation duty in Japan. In June 1950, when the North Korean Army invaded South Korea, the 24th was ordered to Korea and participated in some of the early engagements of the Korean War around the Pusan parameter.

Private Johnson joined the 24th Infantry while deployed in Korea and was Killed in Action while fighting the enemy in North Korea on July 17, 1951.

In addition to his parents, Arthur was survived by grandmother, Mrs. Lena Green of Knoxville and aunt, Mrs. Barbara Sherill of Morristown.

He was repatriated back to Knoxville and funeral services were held on June 5, 1953, at the chapel of Lillison and Mills Funeral Home. Private Johnson was interred in the US National Cemetery in Knoxville.

If there is any family member, friend, comrade or anyone who knew Mr. Johnson or his unit, I would be so grateful to be in touch with them. They may reach me at sharonsiegel1954@gmail.com or my phone number 845-856-6150
Thanks, Sharon Siegel, Port Jervis, NY 12771 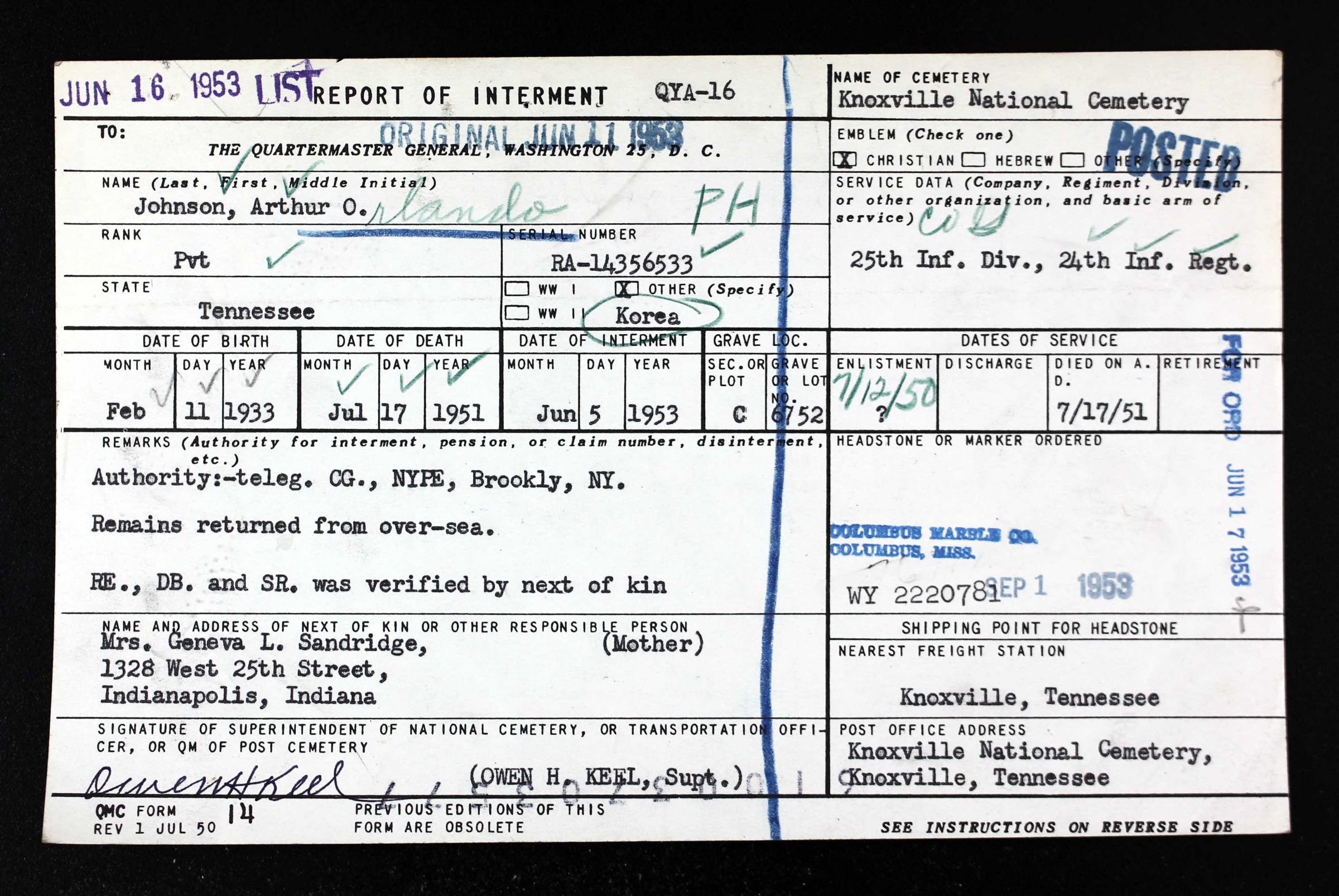 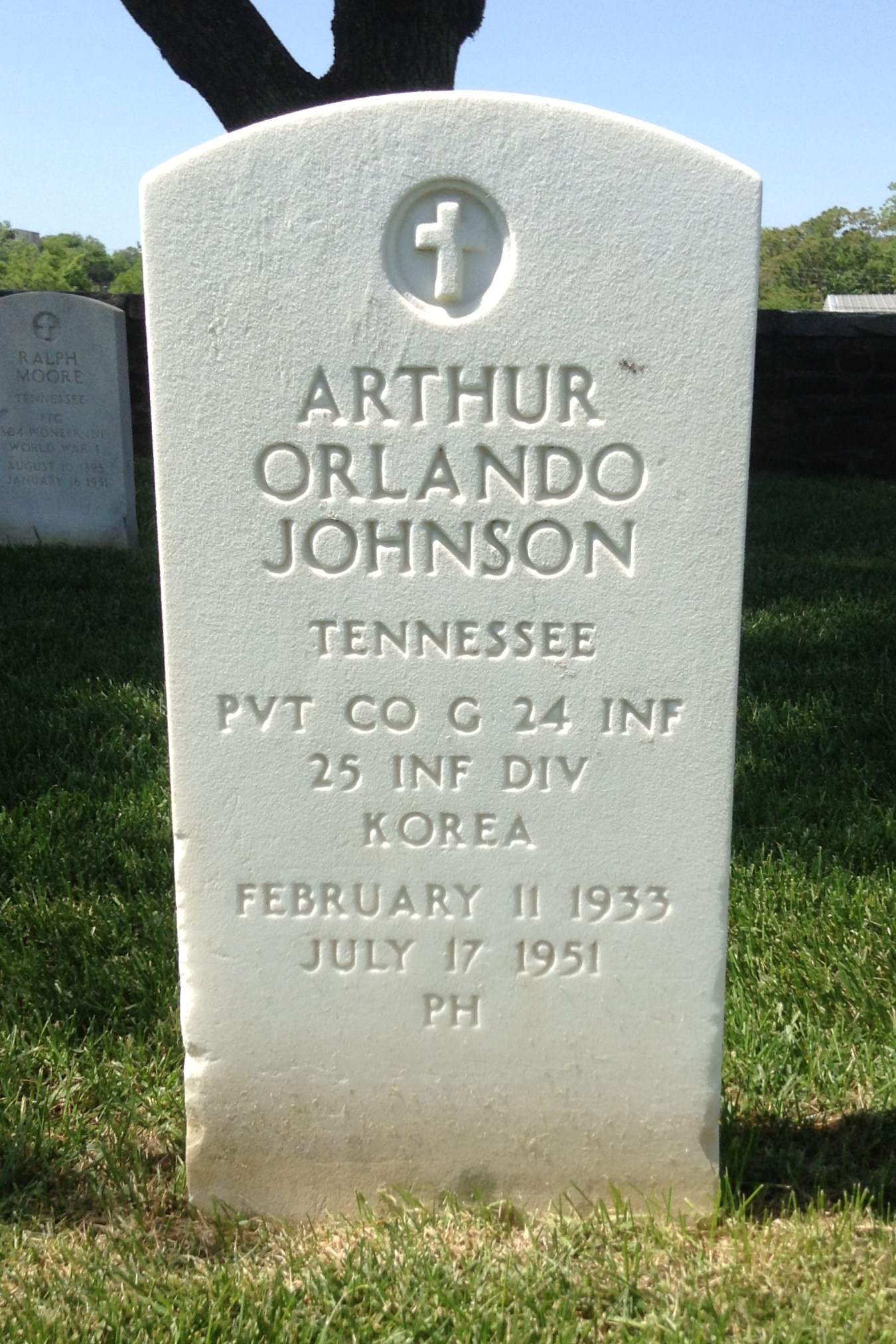