Report of damage sustained by U.S.S. Leary in action with enemy submarine, 24 December 1943
The Leary was hit aft on the starboard side by two torpedoes within the space of not more than five seconds. It isestimated that the first torpedo struck in the vicinity of the after engine room, rupturing the main, as well as auxiliary steam lines. The after engine room flooded instantly and all men in this space were lost.
The bulkhead between the forward and after engine rooms buckled in several places but held for the most part. Thus, the flooding of this compartment was slowed considerably. However, the main generators had stopped and all electric power was lost throughout the ship. No steam lines were ruptured in this compartment.
Fortunately, the D tanks had been ballasted twenty-four hours before, and it is believed that this, to a large extent, absorbed much of the shock of the explosion and thereby prevented the after magazine from blowing up.
On topside, the main deck from the forward engine room as far aft as the torpedo workshop had been virtually blown out. ´K´ guns No. 3 and 4 were no longer to be found and main battery guns No. 4 and 5 had been dislodged from their emplacements and were lying on their sides. The bath ´tub´ or elevated machine gun platform was found on the main deck between the torpedo tubes.
The second torpedo struck in the vicinity of the after hold. The damage sustained from this explosion resulted in the loss of what water-tight integrity the ship had aft, with the possible exception of the after magazine. The fantail had either been severed from the ship or was completely submerged. The storeroom containing the commissary supplies and the after hold were flooded almost immediately. As the ship settled by the stern both forward and after engineers´ compartments became flooded.
The after deck house was a shambles of twisted wreckage. Nothing could be found of gun No. 6 of the main battery. In fact the explosion was of such force that deck gear from the after hold and canned goods from the commissary hold were blown as far forward as the galley deck house. No fires were visible at any time.
The last torpedo which struck was in the vicinity of the forward engine room, amidships, and was accompanied by two distinct explosions within an interval of some two or three seconds between blats. She listed heavily to starboard, so much so, that footing could not be gained on the main deck. The bow immediately rose out of the water. In less than five minutes from the time of the third torpedo hit, Leary sank stern first.

The casualties sustained by the two torpedo blasts are estimated to be between forty and fifty men. Only five men were rescued from the after part of the ship, and they were blown forward on the main deck. The other casualties were sustained after the ship was abandoned. In all, a total of ninety-seven men were lost. 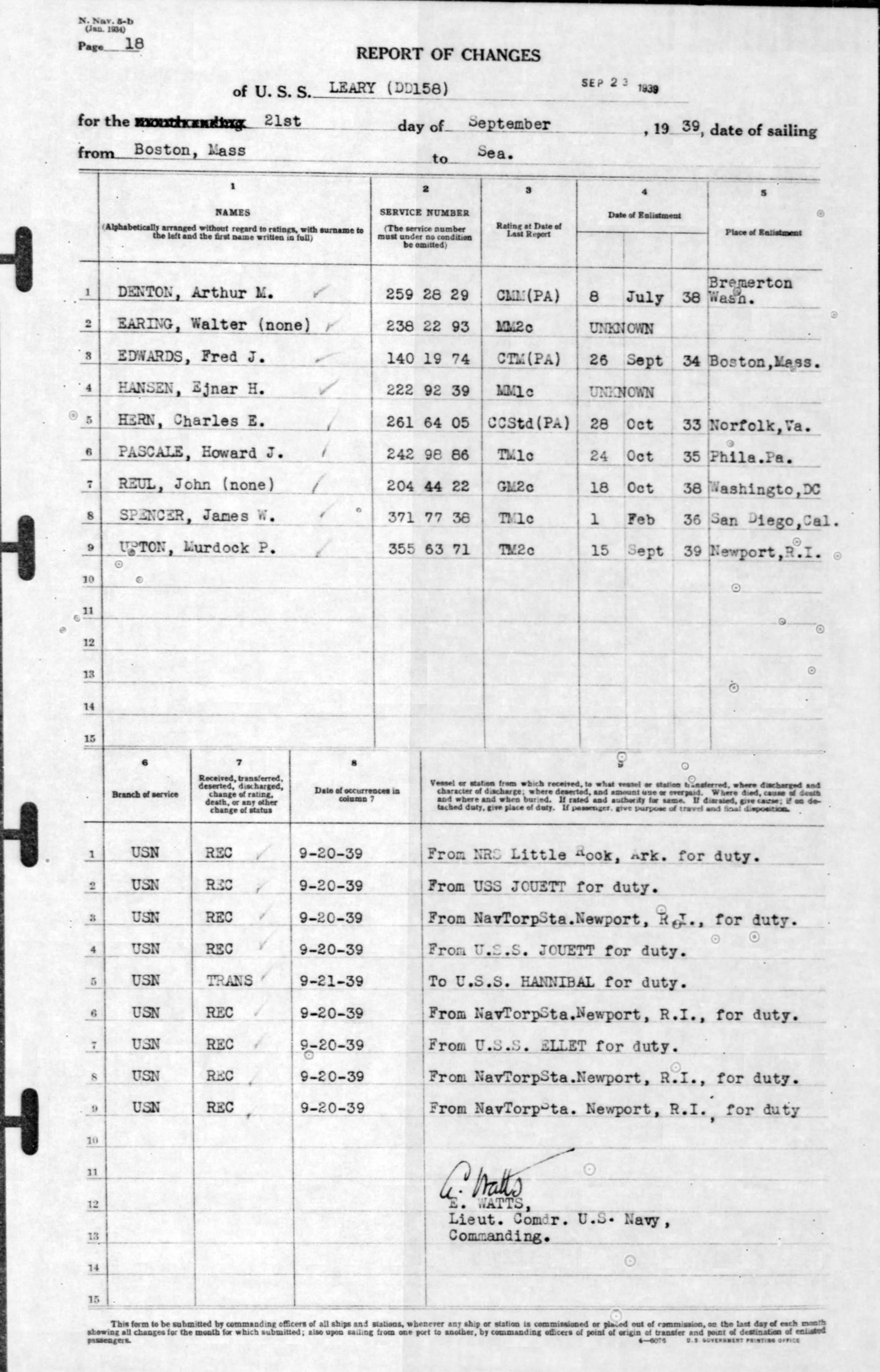 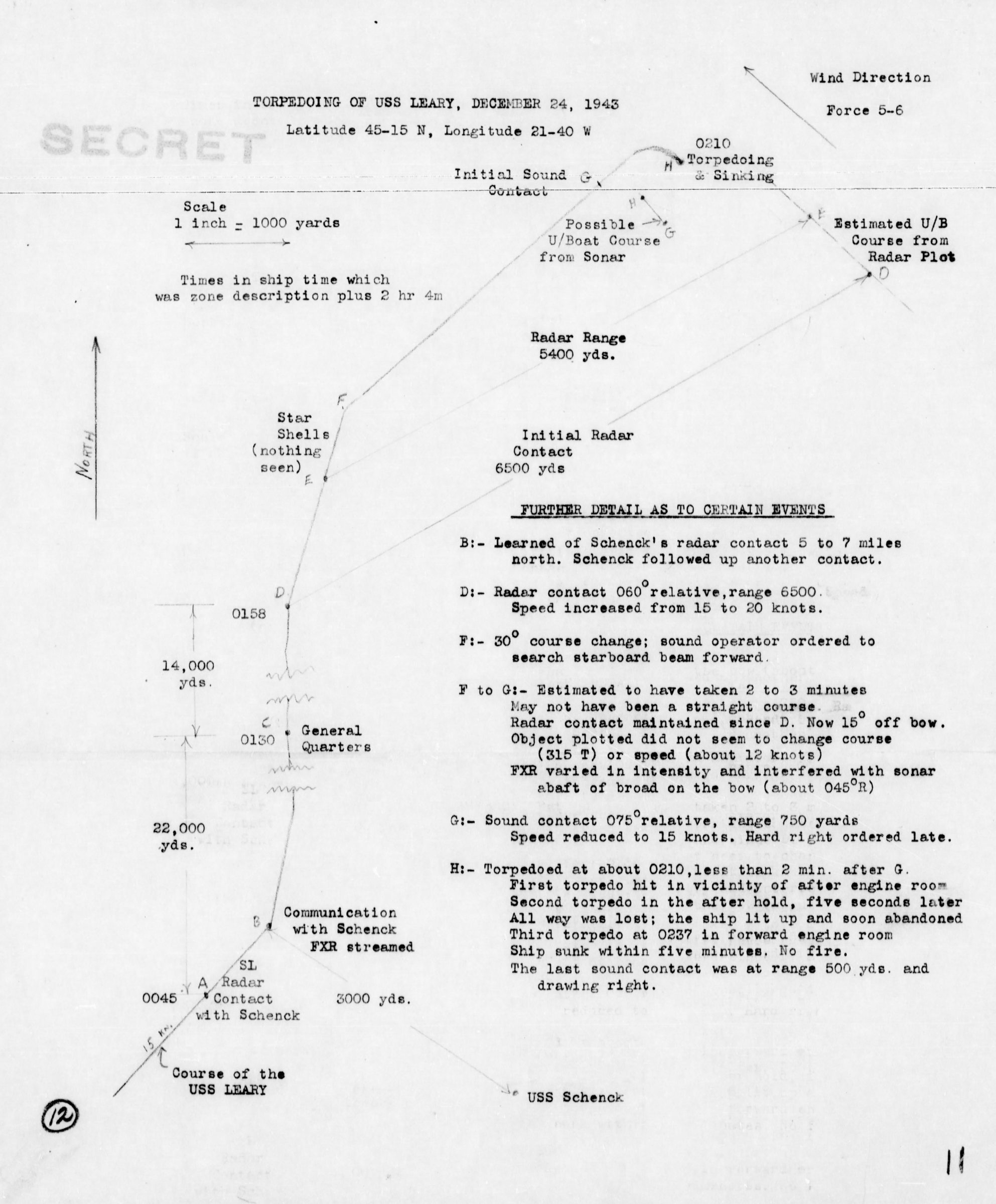 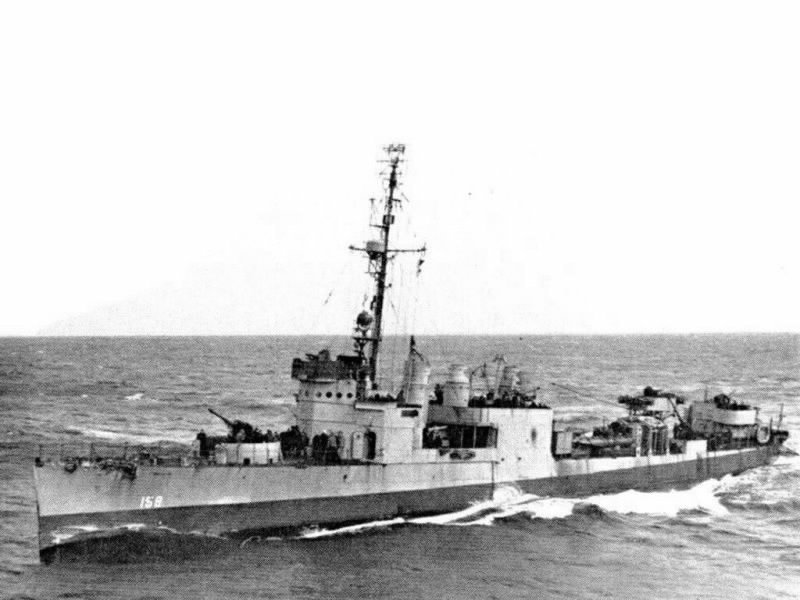