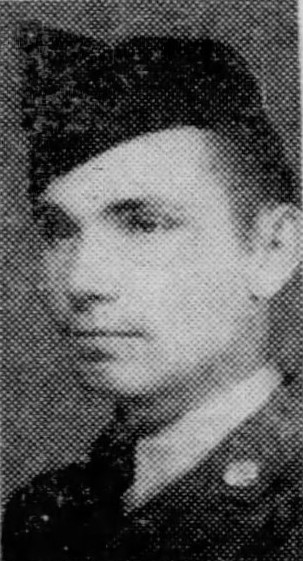 The Knoxville Journal, April 21, 1945
Pvt. Arthur F. Rochat, 23, son of Mrs. Harvey Weaver of Knoxville, previously reported missing in action in France, November 12, was killed on that day, the War Department has notified his mother. Rochat entered the service in July, 1942, and served as an instructor in barrage balloons at Camp Tyson, Tenn. He transferred to the Infantry and stationed at Fort Bragg, N.C. where he served until September when he was sent overseas.
Besides his mother, he is survived by three sister, Misses Ethel, Louise and Rosalie, all of Knoxville; one brother, Ensign Clarence E. Rochat, who is now on active duty in the Pacifc. Before enterin the service Rochat attended Stair Tech High School. 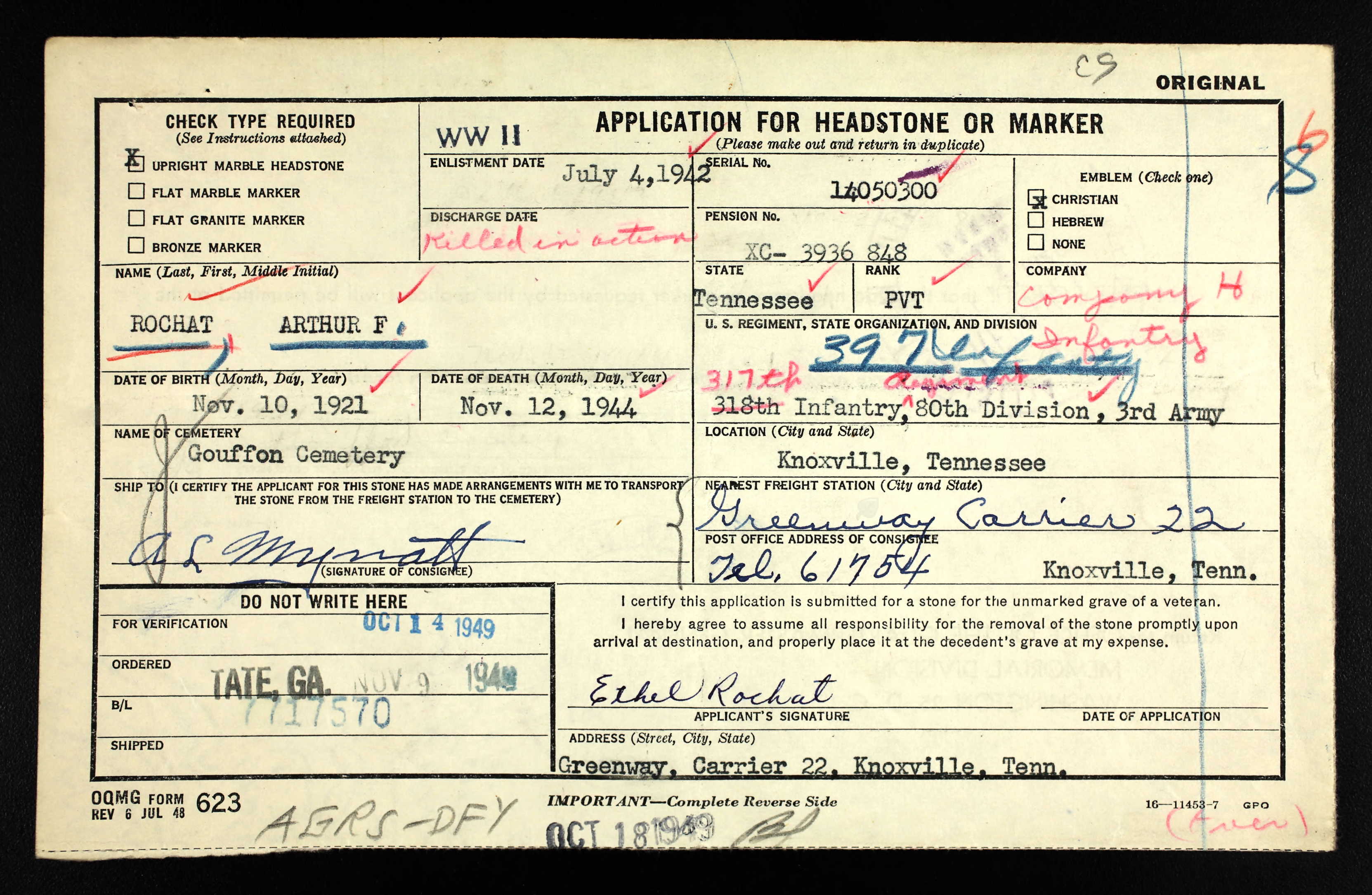 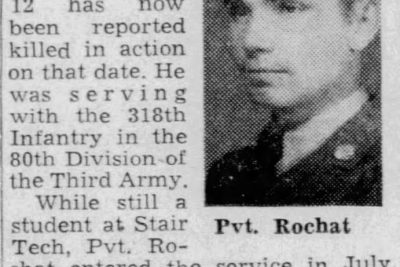 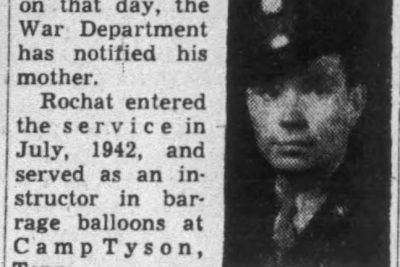