Arthur Edward Caton was born in Knoxville. Prior to entering the service, Arthur was a musician in the theatrical business. He died of lobar pneumonia.

“Arthur E. Caton, aged 27 years, son of Mrs. Sallie Caton, 706 West Fifth avenue, died Sunday at Camp Pike, Little Rock, Arkansas after a short illness of pneumonia. Mr. Caton enlisted in the U.S. Army about five months ago and belonged to the U.S. band. Besides his mother, he is survived by one sister, Mrs. A.W. McNew, of Knoxville, three brothers, Joe, Raymond, and Harmon C. Caton, all of Knoxville. The body is expected to arrive at the funeral parlors of Carl R. Roberts about Friday. Funeral notice will appear later.”
-The Journal and Tribune, Knoxville, Tennessee, Tuesday, October 15, 1918.

“The body of Arthur E. Caton whose death occurred at Camp Pike, Arkansas arrived in Knoxville Thursday morning and was removed to the parlors of the Carl R. Roberts company. The funeral will be held at the late home, West Fourth avenue, this afternoon at 2 o’clock. Interment will be in the National Cemetery.”
-The Journal and Tribune, Knoxville, Tennessee, Friday, October 18, 1918 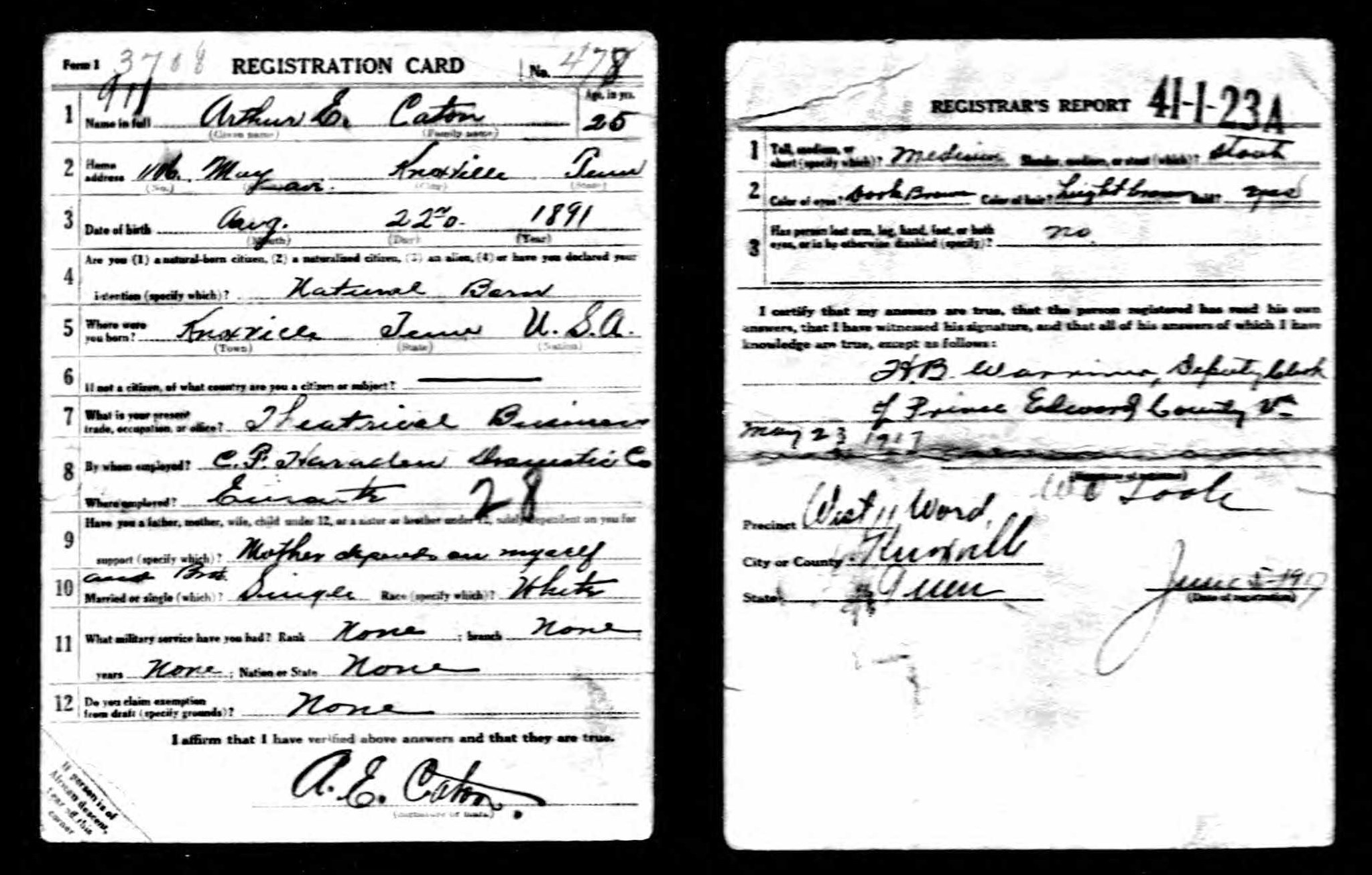 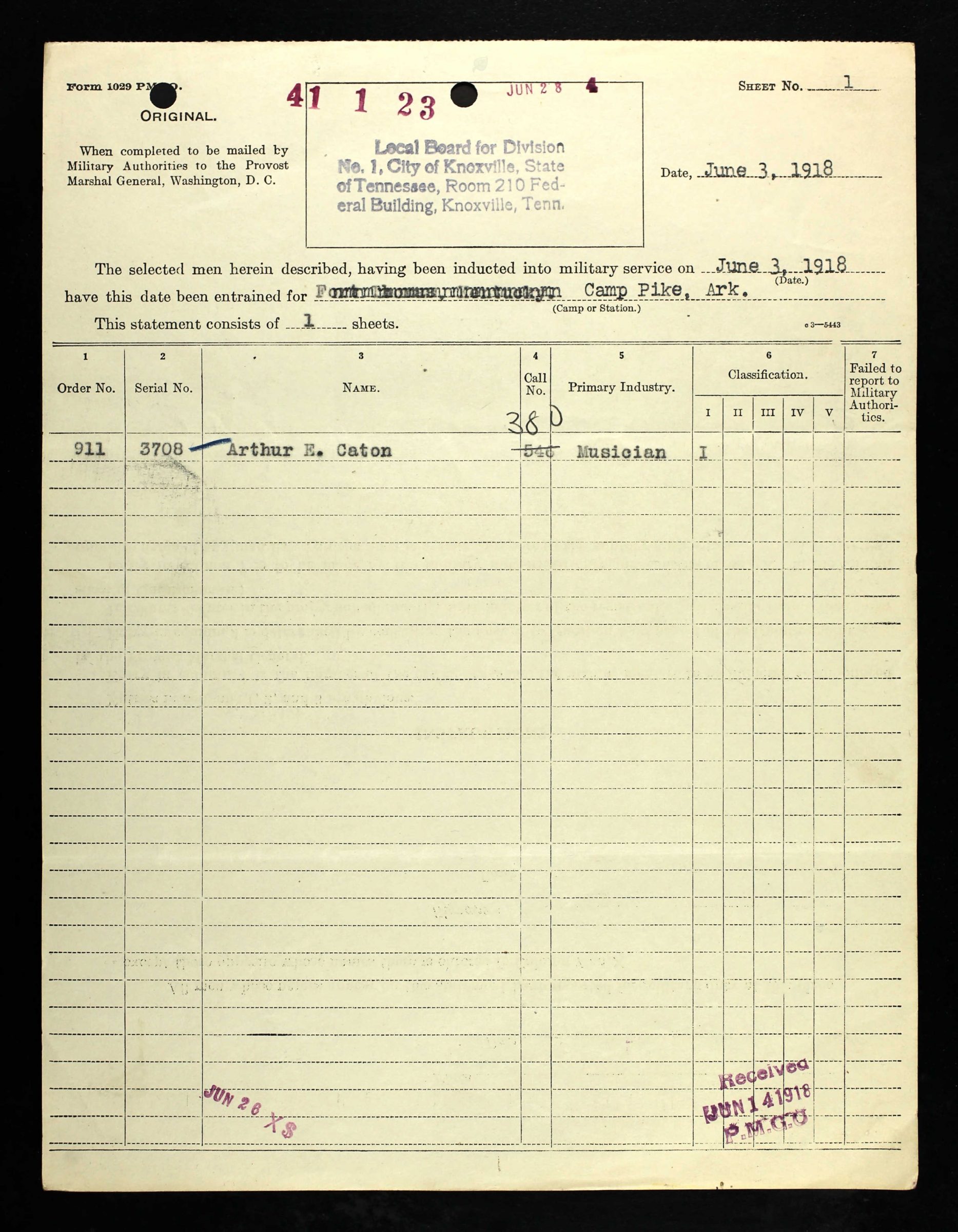 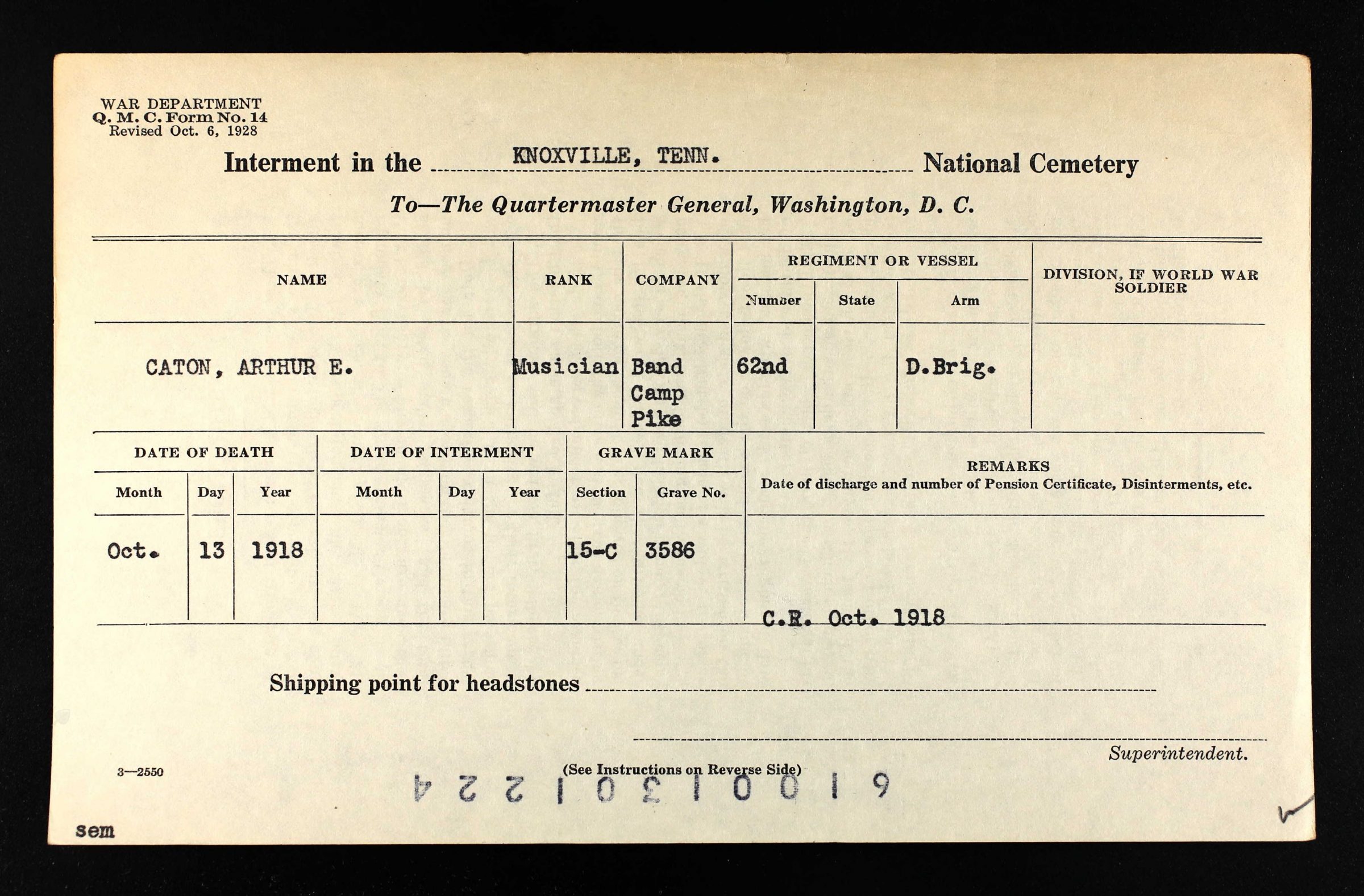 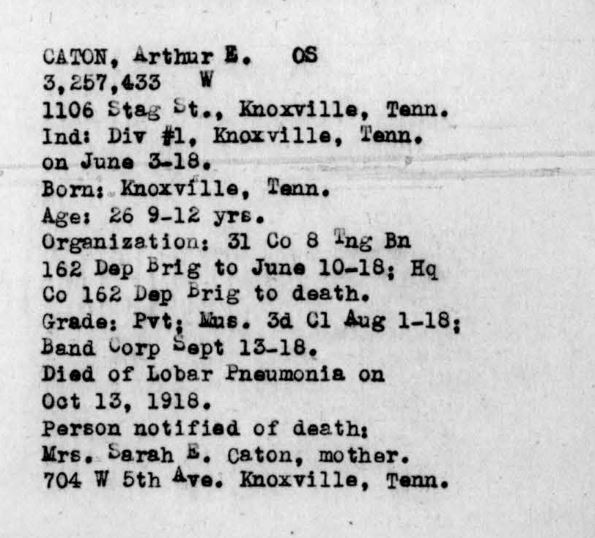 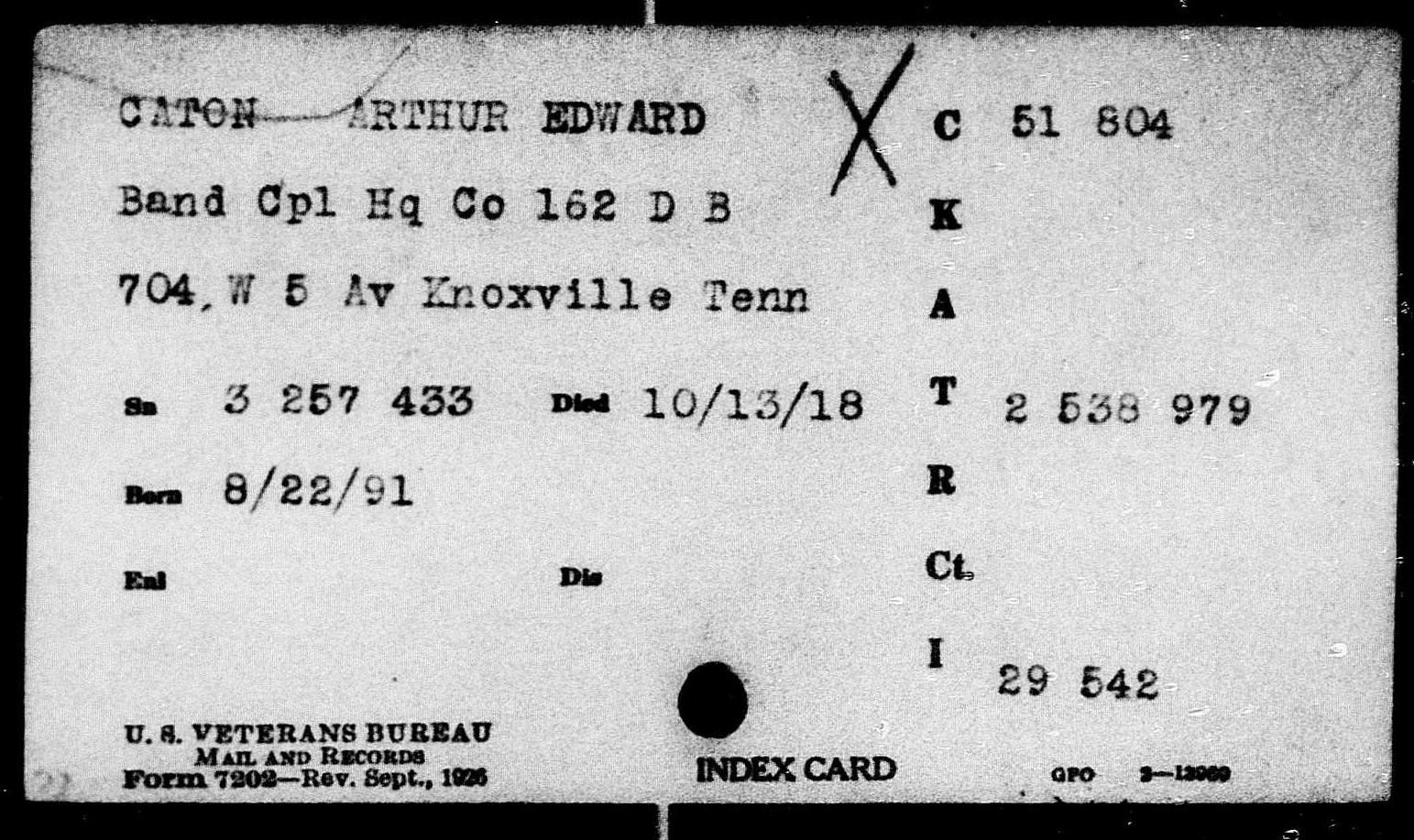