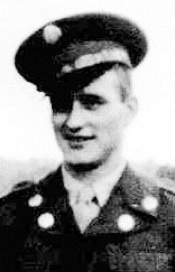 Private First Class Arthur Dale Roddy was a member of the 9th Infantry Regiment, 2nd Infantry Division. He was Killed in Action while fighting the enemy near Chang Yong, South Korea along the Naktong River.

The Chattanooga Daily Times, 4 October 1951
The body of Pfc. Arthur D. Roddy, 21, McDonald’s only Korean war fatality to date, and brother of Harold C. Roddy of McDonald, arrived in San Francisco Saturday and is being sent to his home town Centralia, Mo., for reburial. Pfc. Roddy lived at McDonald with his brother, Harold C. Roddy for more than a year before enlisting in the army in January 1949. He was killed in Korea on Aug. 19, 1950. He is survived by his parents Mr. and Mrs. G.F. Roddy of Centralia, Mo.; eight brothers, Ray W. of Elizabethton; Robert of Nashville, Harold C. of McDonald; and four brothers in Missouri; four sisters in Missouri and an uncle, A.F. Roddy of Chattanooga. 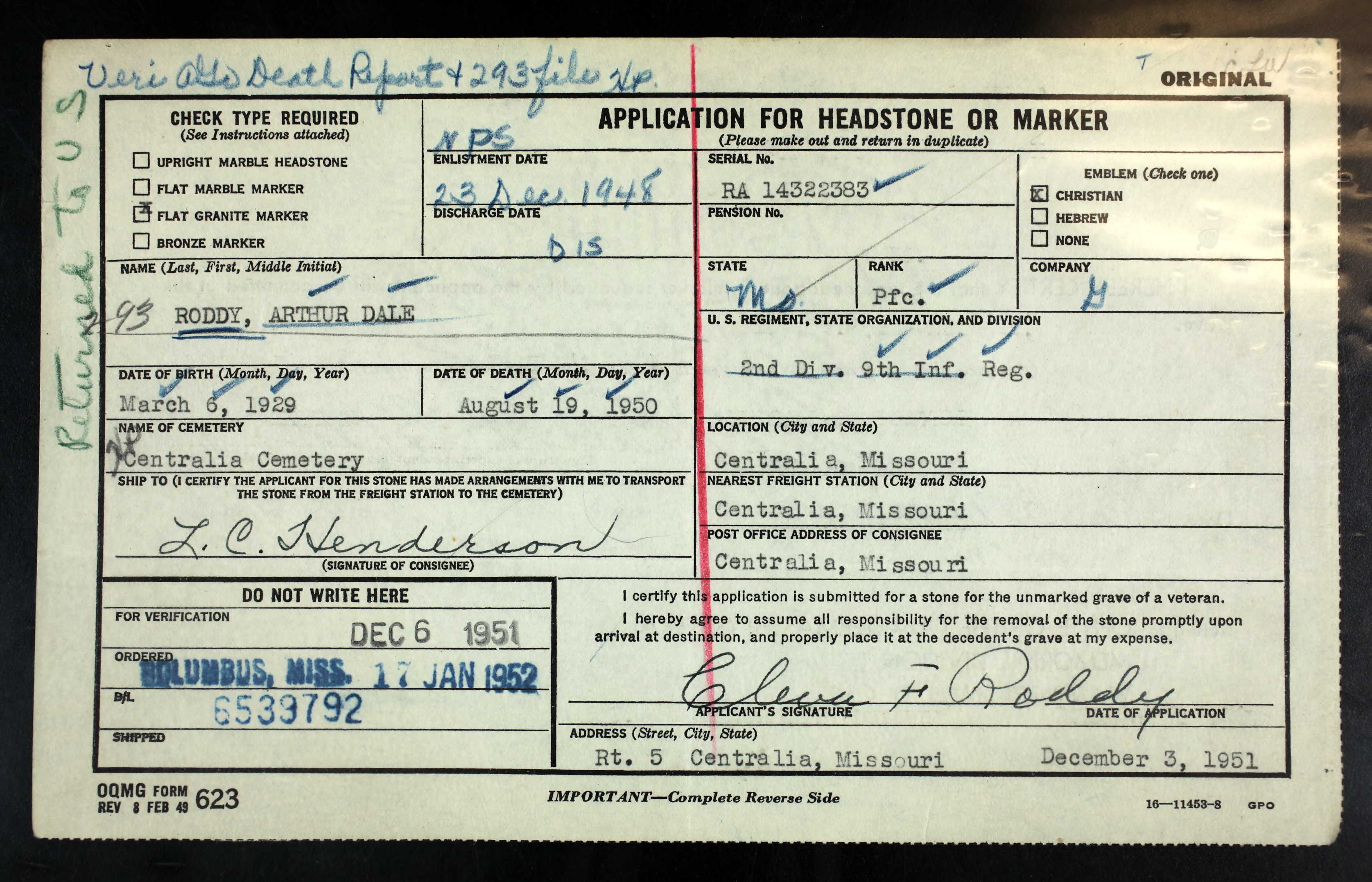 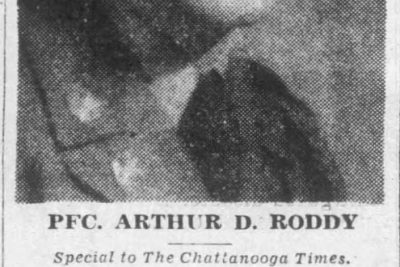