“77th Infantry Division of the United States Army was activated on the 25th of March 1942 and deployed overseas on 24th of March 1944.

The 77th Infantry Division landed in Hawaii, 31 March 1944, and continued training in amphibious landings and jungle warfare. Elements began to leave Hawaii, 1 July 1944, for the amphibious assault on Guam. Attached to III Amphibious Force, the 77th made an assault landing on Guam, 21 July 1944. After taking over defense of the beachhead, the division drove north to seize Mount Tenjo and effected junction with the 3d Marine Division, linking the northern and southern bridgeheads, 23–29 July. It continued to drive north, and dislodged the enemy from positions at Barrigada town and mountain, 4 August, resistance ending on 8 August. With Guam recaptured, the 77th sailed for New Caledonia, but plans were changed en route and it was directed to proceed to Leyte. The division landed on the east coast of Leyte, 23 November 1944, and was attached to XXIV Corps, Sixth Army. After a short period of training and combat patrolling in the Corps’ rear, 23 November – 6 December, it landed at Ipil and fought up the east coast of Ormoc Bay to seize Ormoc, 10 December. Attacking north, astride Highway No. 2, the division secured Valencia and the Libungao-Palompon road junction. Mopping up operations continued through January 1945 to 5 February 1945.

The next combat assignment was Okinawa. In late March (26–29), the division made 15 landings, securing Kerama Retto and Keise Shima for the assault on Okinawa. Riding at sea, 1–15 April 1945, it suffered casualties from enemy suicide attacks, and prepared for the assault landing on Ie Shima. On 16 April 1945, the 77th landed on Ie Shima, captured the airfield, and engaged in a bitter fight for “Government House Hill” and “Bloody Ridge”. It was in this operation that Ernie Pyle was killed. On 25 April, it left Ie Shima for Okinawa, relieving the 96th Division, 28 April 1945. Fighting its way slowly against extremely heavy Japanese resistance, the division drove to Shuri in conjunction with the 1st Marine Division, occupying it 29–31 May. In June the division covered the right flank of XXIV Corps and “sealed” Japanese cave positions. In July the division moved to Cebu, Philippine Islands, and prepared for the proposed invasion of Japan. The division landed in Japan in October 1945 for occupation duty, and was inactivated a few months later, 15 March 1946.”

“Four battalion landing teams (BLT’s) of the 77th Division made the first landings in the Kerama Islands on the morning of 26 March. The sky was clear, visibility good, and the water calm. Escorted by Navy guide boats, waves of amphibian tractors moved from LST’s to four central islands of the group; Aka, Geruma, Hokaji, and Zamami. Cruisers, destroyers, and smaller naval craft swept the beaches with 5-inch shells, rockets, and mortar shells. Carrier planes strafed suspected areas and guarded against interference by enemy submarines and aircraft. Amphibian tanks led the amtracks to the beaches…

The first unit ashore was the 3d BLT of the 305th Regimental Combat Team (RCT). At 0804 12 the 3d BLT hit the soutfiern beaches of Aka, an island of irregular shape, measuring 3,400 by 3,000 yards at its extreme dimensions and rising in a series of ridges to two peaks, one 539 feet and the other 635 feet high. Aka, “Happy Corner Island,” lies near the center of the group. The 200 boat operators and Korean laborers on Aka put sporadic mortar and machine-gun fire on the Americans, without inflicting damage, and then retreated into the steep central area as the invaders rapidly overran the beaches and the town of Aka.

After a preparation by artillery firing from Geruma, the 1st BLT of the 306th landed on the west coast of Tokashiki at 0911 of 27 March, and a few minutes later the 2d BLT landed to the south of the 1st. Tokashiki was the largest island in the group, six miles long from north to south and averaging about one mile in width. Closest of the islands to Okinawa, it formed the eastern barrier of the Kerama anchorages. Its coasts rise for the most part as cliffs or steep slopes cut by narrow ravines, the hill masses reaching heights of more than 650 feet in the center of the island and at the northern and southern ends. At the backs of two sheltered bays near the center of the west coast there are two settlements, Tokashiki and Aware; the sandy beaches near these bays were selected by the invaders for the landings.

Operations on Tokashiki followed the pattern of those on the other major islands of the Keramas. Resistance at first was negligible, the Americans being hindered more by the rugged terrain than by the scattered sniper fire. The two battalions abreast drove north over narrow trails. The 3d BLT of the 3o6th, initially in reserve, was landed with the mission of clearing the southern portion of the island. By nightfall the 1st and 2d Battalions were set for the next day’s attack on the town of Tokashiki on the east coast; 3d Battalion patrols had reached the southern tip of the island.

On the following day, 28 March, the two battalions of the 306th renewed their drive to the north. After a 500-round artillery preparation the troops occupied Tokashiki, which had previously been leveled by air and surface bombardment. The area near the bay was overrun without opposition. The advance continued to the north, meeting only scattered resistance. On 29 March, after the three battalions had sent patrols throughout the island, Tokashiki was declared secured.

The operations on Aka and Tokashiki had interesting consequences. Although 77th Division patrols scoured the islands, hundreds of Japanese soldiers and civilians managed to evade discovery in caves, ravines, and brush throughout the hilly central parts of the islands. After the Okinawa operation, representatives from Tenth Army tried unsuccessfully to induce the Japanese commander on Aka to surrender. The Japanese soldiers and sailors were not as stubborn, and most of them escaped from the island and surrendered. On Tokashiki teams of Nisei and Japanese officer prisoners negotiated with the Japanese commander, who refused to surrender his garrison of 300 officers and men. He offered, however, to allow Americans to swim on Tokashiki beaches provided they kept away from the Japanese camp in the hills. Only after many months, when he was given a copy of the Imperial rescript announcing the end of hostilities, did the Japanese commander surrender, claiming that he could have held out for ten more years.” 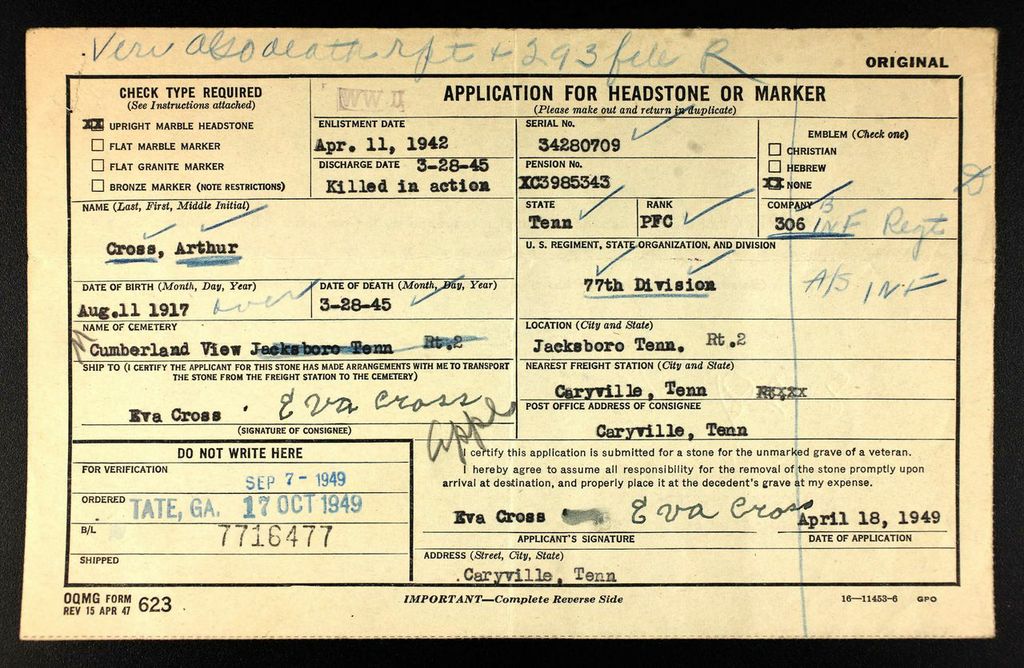