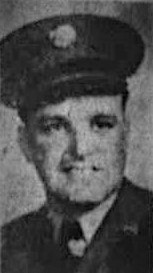 The Knoxville Journal, May 30, 1943
Pfc. Arthur Boyd Tallent, Camp Shelby, Miss, has been visiting his parents, Mr. and Mrs. A.T. Tallent, Maryville, Route 2, and relatives in Monroe and Blount Counties. He attended Madisonville High School, where he was an athlete and later was and employe at the Aluminum Company of America. He volunteered for service in 1942.

The Knoxville Journal, October 28, 194
Pfc. Arthur Boyd Tallent, son of Mr. and Mrs. A.T. Tallent of Route 2, Maryville, died of wounds received in action in Italy, Sept. 23, according to notification received by his parents. Private Boyd volunteered for service in May, 1942, and had been overseas since April, 1944. He was 32 years of age, was born in Monroe County, and attended schools there. He was a former employe of the Aluminum Co. of America at Alcoa.
Additionals survivors include five brothers, Ray A. tallent, U.S. Army in England, Carl W., Josh and Bill Tallent of Maryville and Barrett Tallent of Vonore, and a sister, Mrs. Allen McCollum of Maryville. 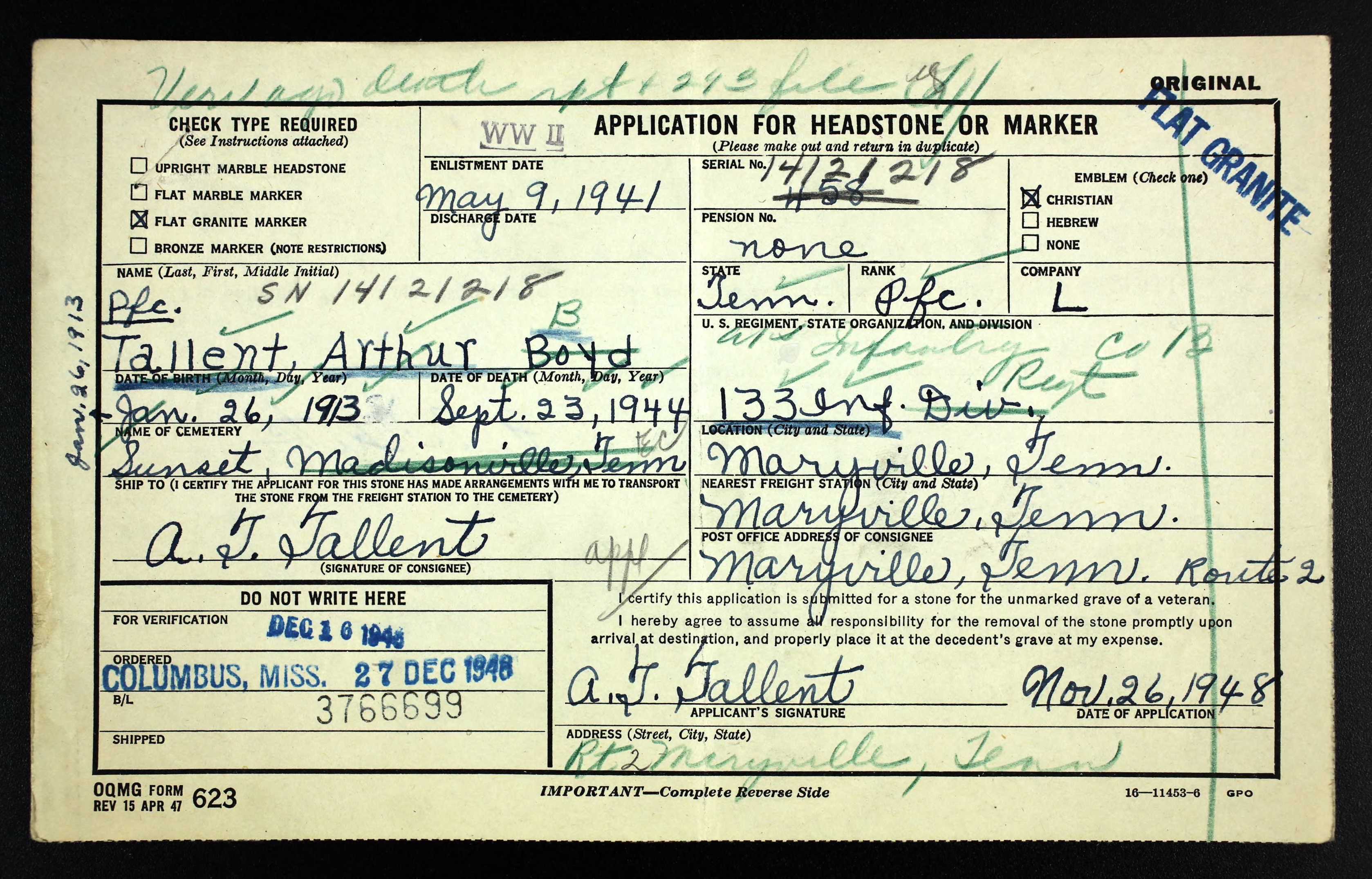 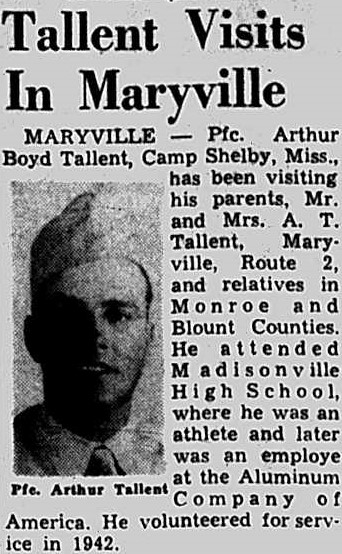