Private First Class Arry J. Hanes #34376262 US Army was assigned to the 18th Infantry Division, 1st Infantry Division. In October 1944 the 1st Division had joined up with the XIX Corps in the Battle for Aachen, long drawn out trench warfare battle against the German defenders, and the surrounding Hürtgen Forest Campaign.

PFC Hanes was killed in action on 27th of November 1944. He is interred at Henri-Chapelle American Cemetery D,3,54 Belgium.

Awards include the Purple Heart.

The Chattanooga Daily Times, 6 January 1945
War news struck heavily at one Hamilton County family yesterday when two sons of A.C. Hanes, Route 1, Georgetown, were listed casualties. Pfc. Arry J. Hanes was reported killed in action in German Nov. 27 and his brother, Pvt. Elwood Hanes was listed wounded in the same country five days before his brother was killed. Pfc. Hanes was killed while serving with an infantry unit in Germany. He was buried in England with full military honors, the War Department informed his father. A former student at Snowhill, Tenn., school, Pvt. Hanes was employed at the Cavalier Corporation plant in Chattanooga before entering the army more than two years ago. He received basic training in Arizona, and had three brothers in military service. Pvt. E. Hanes, former employe of the G.R. Lewis Lumber Company, is now hospitalized in England after receiving wounds in action with an infantry group in Germany. Youngest son of A.C. Hanes of Georgetown, he received his basic training in Virginia. 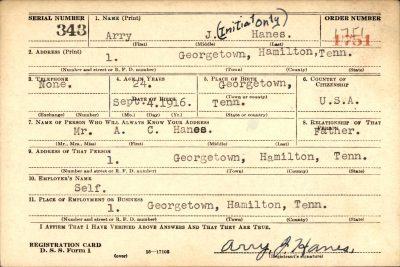 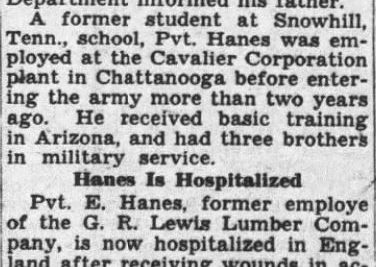 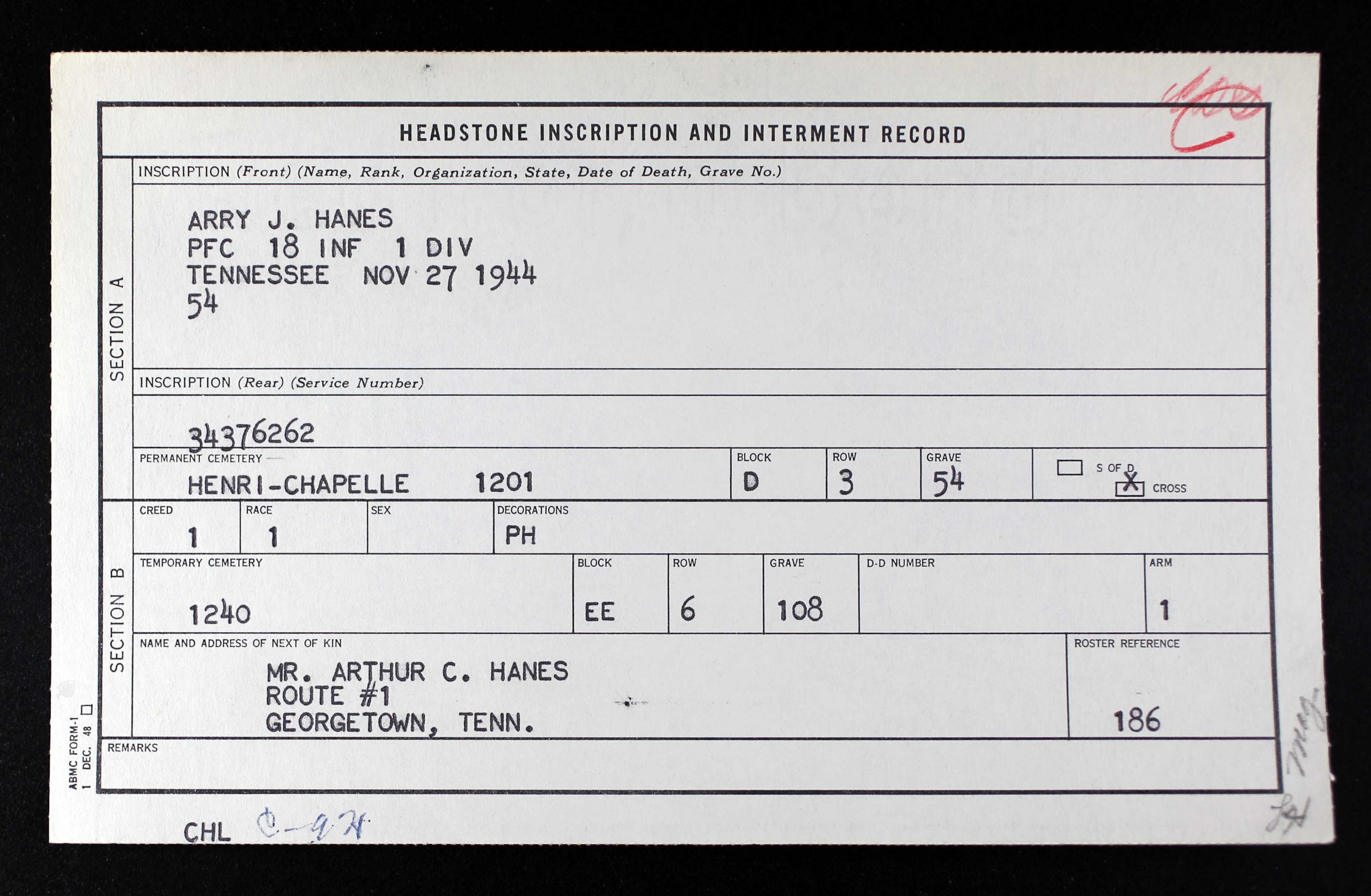 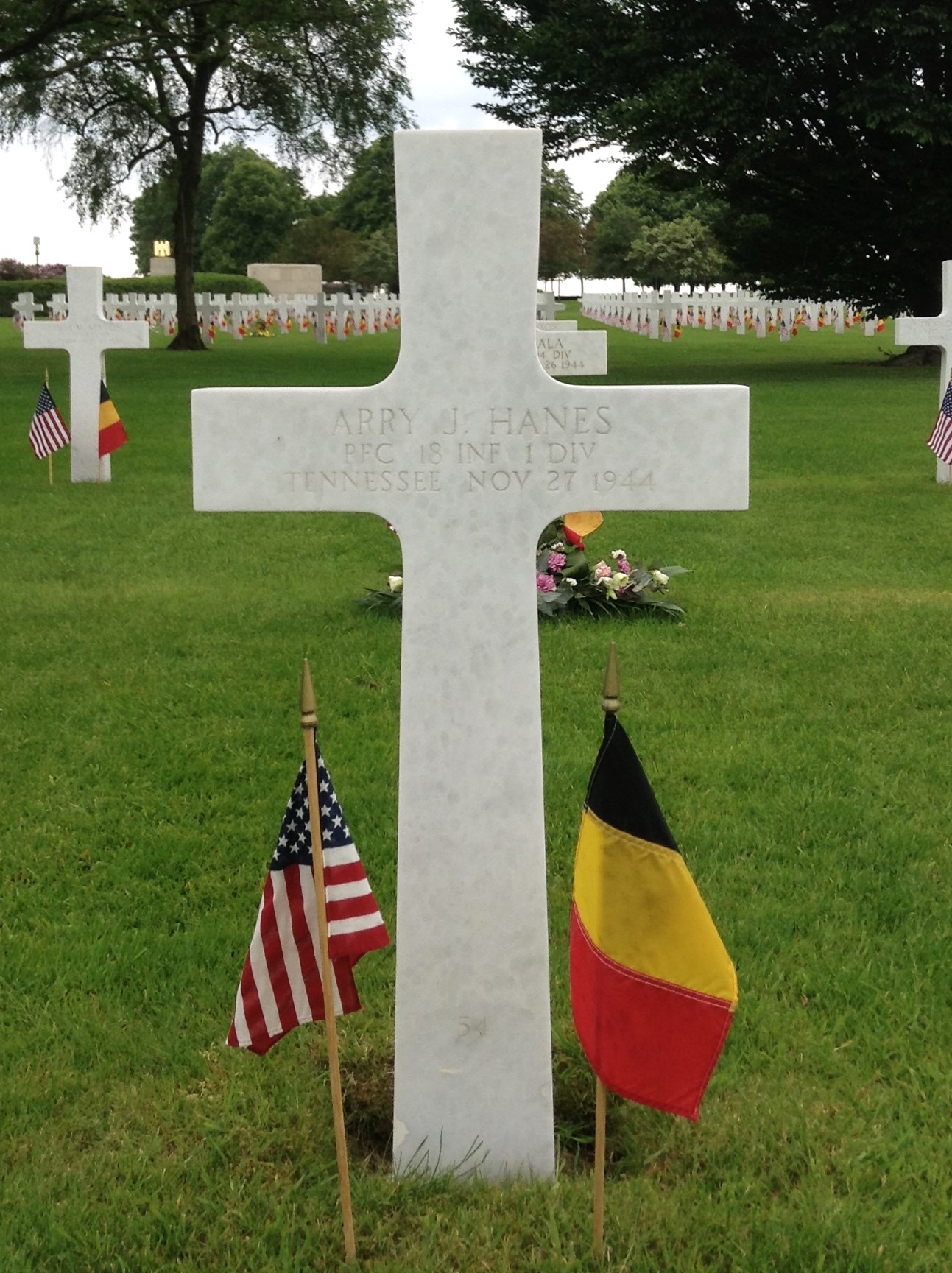