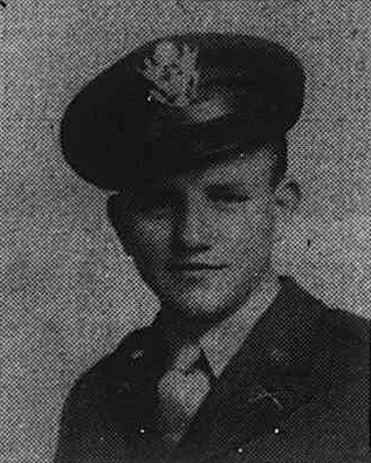 Lt Wood went to army after graduating from Tennessee Military Institute. He went to officers training at Fort Benning, Georgia. Spring of 1944 he left to go to France. He died September 15, 1944 at the Moselle river crossing.

The Sweetwater Valley News , December 2, 1948
Lt. Wood, 20, was the son of Mr. and Mrs. L.A. Wood of Sweetwater. He was killed in action September 15, 1944, in France. He was serving with the 80th Infantry division.
Lt. Wood was graduated from Tennessee Military Institute in 1943 and entered Officers Candidate School at Fort Benning, Ga., in July, 1943.
The body was taken to Kyker Funeral home and will remain there untill the service at 2 p.m. Sunday. Rev. D.R. Greenhoe will officiate at the funeral in the Sweetwater Presbyterian Church. Burial will be in West View Cemetery.
Lt. Wood is survived by his parents, three sisters, Mrs. J.L. Armstron and Mrs. W.H. Kennedy, both of Sweetwater; Mrs. E.P. Loomis of Birmingham, Ala.; and three brothers, Ronald E. and Albert W. of Potosi, Mo., and Beverly C. of Sweetwater.