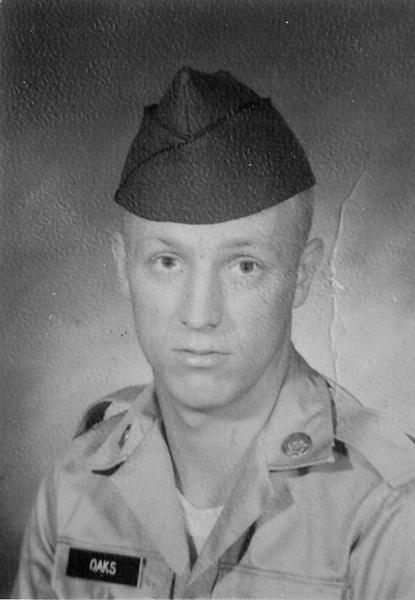 Private First Class Arnold Glenn Oakes was born on May 11, 1948, and was originally from Spencer, Tennessee. He served his country in the Vietnam War in the United States Army, as an infantryman in D Company, 4th Battalion, 47th Infantry, 9th Infantry Division. His tour in Vietnam began on December 14, 1968. A little over a month later, on January 23, 1969, PFC Oakes was killed by an explosive device in Dinh Tuong province, South Vietnam; he was 20 years old at the time of his death. PFC Oakes is memorialized on the Vietnam Veterans Memorial on Panel 34W, Line 66.