Aircraft B-26 B41 with serial number 42-43308 departed from Dijon Airbase in France on a bombing mission to Kaiserslautern in Germany.

I first observed plane no. 68 when fire broke out on the left side of the ship, while the plane was still in the formation. It broke away to the left of the formation in a gradual glide. I saw two men leave the rear of the plane in rapid succession while the plane was at 10,000 feet just after it broke formation. Then seconds later a third man left the rear of the ship at an altitude of about 10,000 feet. Five seconds later a 4th man left the ship. I observed flame in front of this man when he bailed out but I cannot say if his chute was afire or not, or just what was burning. The flame lasted for 3 or 4 seconds and went out, after which time I lost sight of the ship and the 4 men who bailed out. I only observed the chutes of the first two men who bailed out to open. The last two I did not observe.

The plane stayed in a dive until it reached an altitude of about 3000 feet. At this altitude the plane went into a steep dive and spiraled to the ground. At 1300 hours the plane crashed at Fischbach near Pirmasens. A German interrogator mentioned to a crewmember that Sgt Lones was found in the crashed plane but his body was recovered near Alsenborn. After the liberation he received information from Sqd. Personnel in England that Sgt Lones was machine-gunned after arriving on the ground by the Germans. Only S/Sgt Draper and S/Sgt Reesha survived. 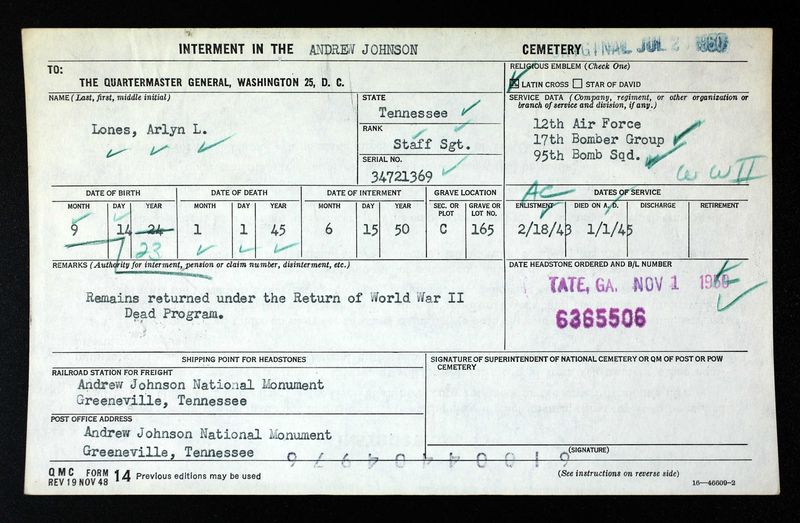 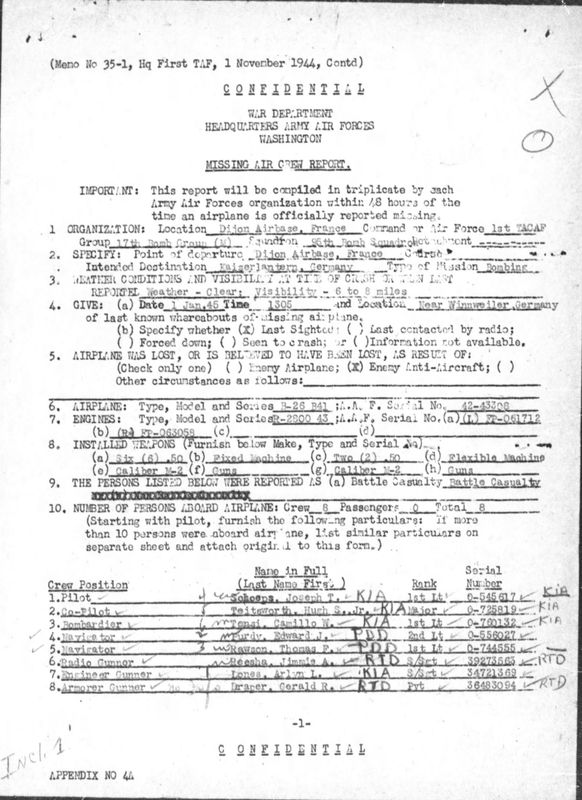