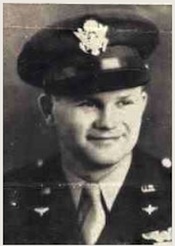 2nd Lieutenant Archibald Rhea Turk Hambright, #O-795241 US Army Air Forces, was born on the 29th of August 1920 in Bell County, Kentucky. He was the son of Edward W. and Lila H. Leech Hambright. He had a brother, Edward W. Hambright.

He was a Navigator assigned to the 409th Bomber Squadron, 93rd Bomb Group, Heavy, flying from Hardwick, England aboard B-24D-20 42-63987, in the air campaign against Germany.

The last mission was against an aircraft factory at the Solingen Steelworks. After the bomb run his bomber was shot down approximately 1 Km south of Herresback, Belgium, on the 1st of December 1943, and he was killed in action. He was interred at the Henri-Chapelle American Cemetery, H,15,69, Belgium. He was 23 years old.

Awards include the Air Medal with Oak Leaf Cluster, and the Purple Heart.

A statement by Crewman Albert E. Hill:
The Engineer, Artis P. Hamlin and I, were in the bomb bay when the right wing fell off and the plane went into a spin. We fought our way out; about the time we cleared the plane it blew up. The other members of the crew who survived Sydney Mapes, Richard Hulsey, and I met later. They told me they got out of the trap in the back as the plane went out of controll. The Germans reported five chutes coming out of the plane, but I have no idea who the fifth could be.

TSgt Archibald was initially buried on 3 December 1943 at Herresback Cemetery.

He had 2 brothers in the service at the same time. His older brother was chief fire control on the battleship New Mexico. His younger brother was in the army air corps, stationed in Australia. 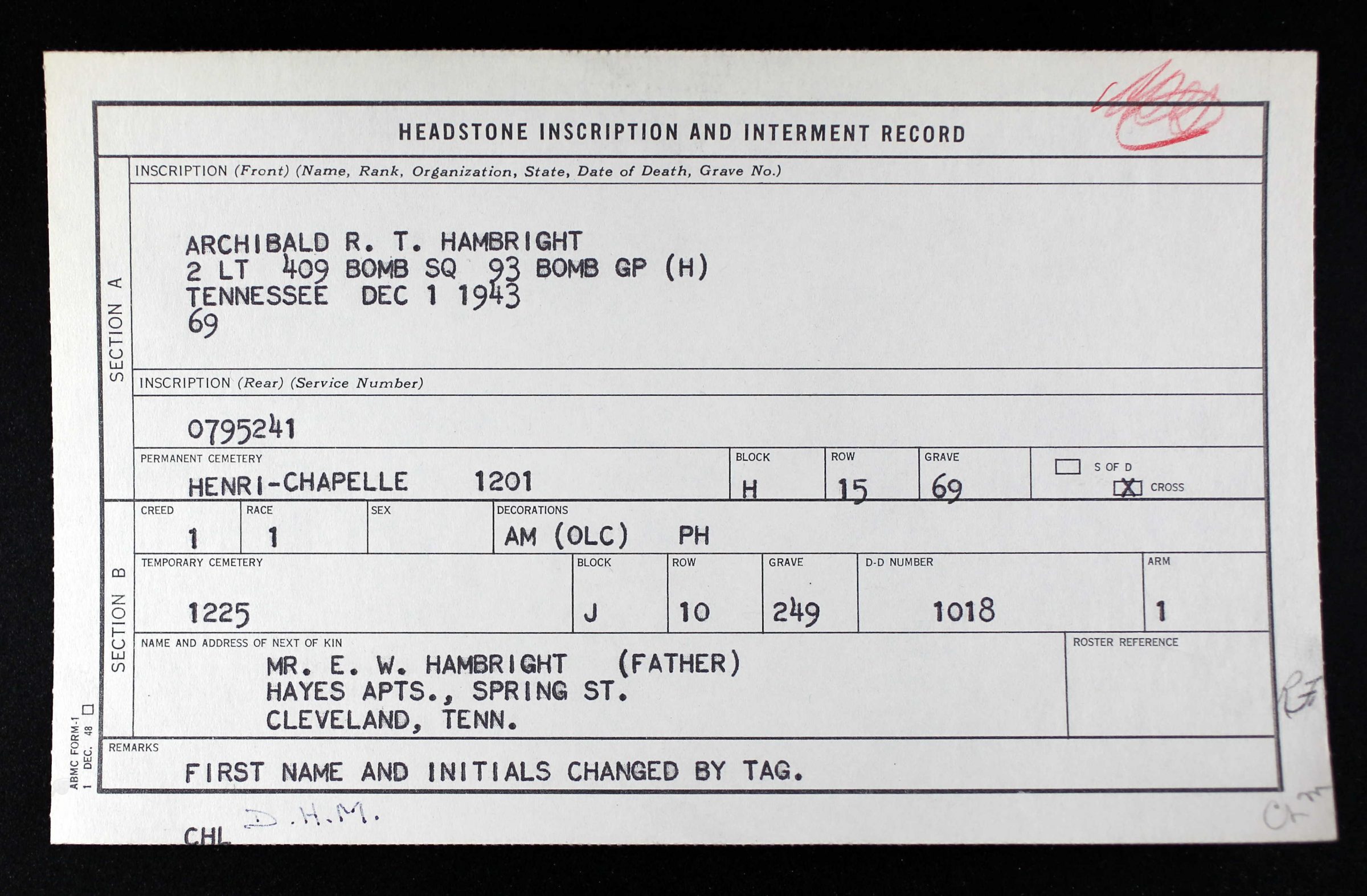 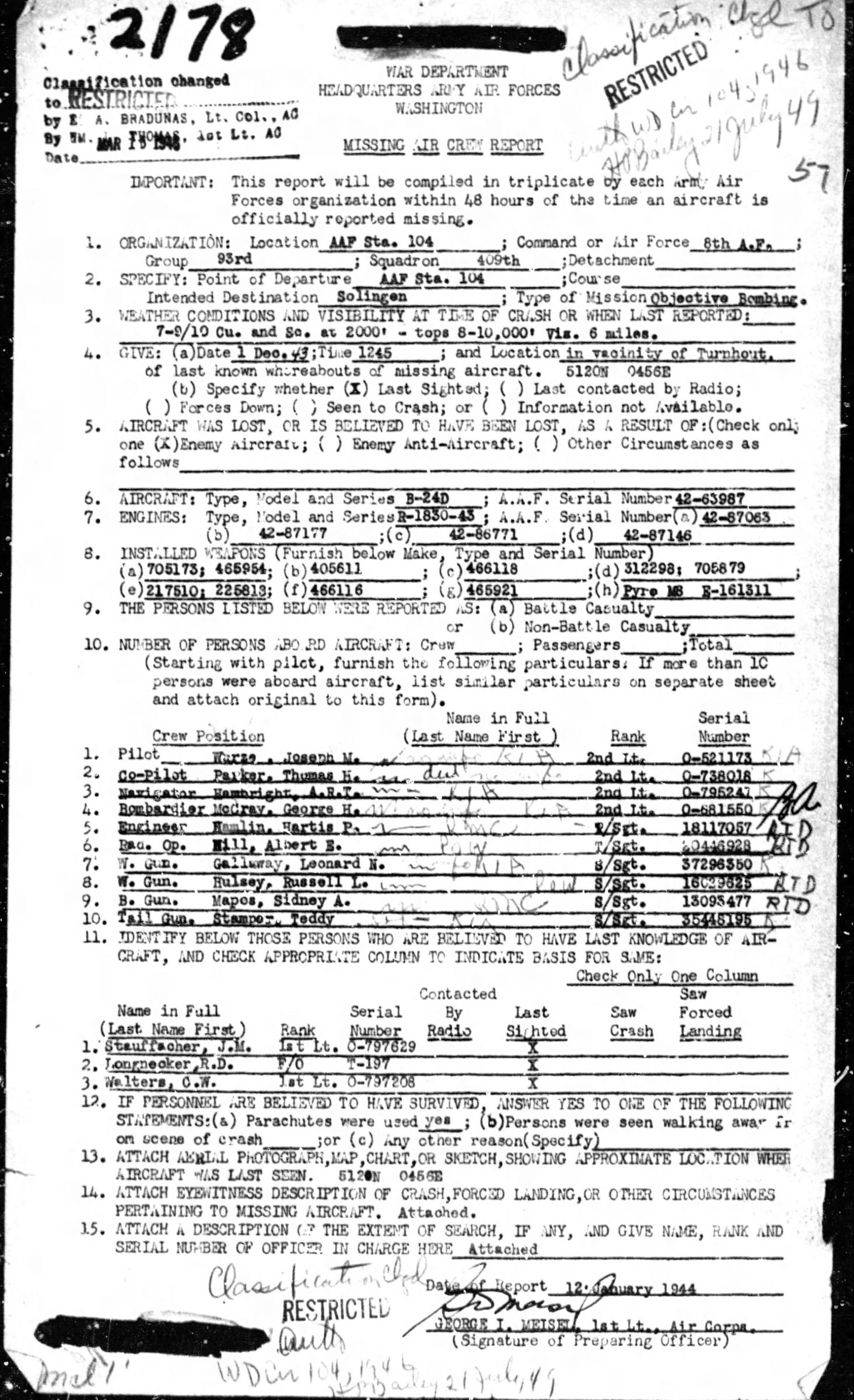