Archabald H. Chandler was the pilot on aircraft P-47D-15RE, serial number 42-75701. He departed from Thruxton Hants AAB and failed to return from a patrol mission to the Caen area in France. He was last sighted near Caen in combat with enemy fighter planes.

Statement from Harold N. Holt, Lt Col, Air Corps:
I was Hoover Red Leader Patrolling Easy (Southern Area) with Red Flight of four, Lt Chandler as my wingman when I sighted a suspicious looking ship flying west at about 4,000 feet. I put on all power to catch it and in doing so noticed that 3 and 4 of Red Ships did not keep up. Over the west coast South-West of Cherbourg we caught the ship and it proved to be a P-51 with RAF markings. We headed back east, two ships by now and searched the eastern half of Easy Area. I sighted two FW-190´s just pulling up after having seen rocket flashes on the ground. Looking back I noticed Red Two was not with me before attacking.  I proceeded to attack the two FW-190´s but they disappeared in the clouds. I never saw Red Two after that time.

The familly owned and operated a floral bisiness at 1725 W. Cumberland in Maryville. 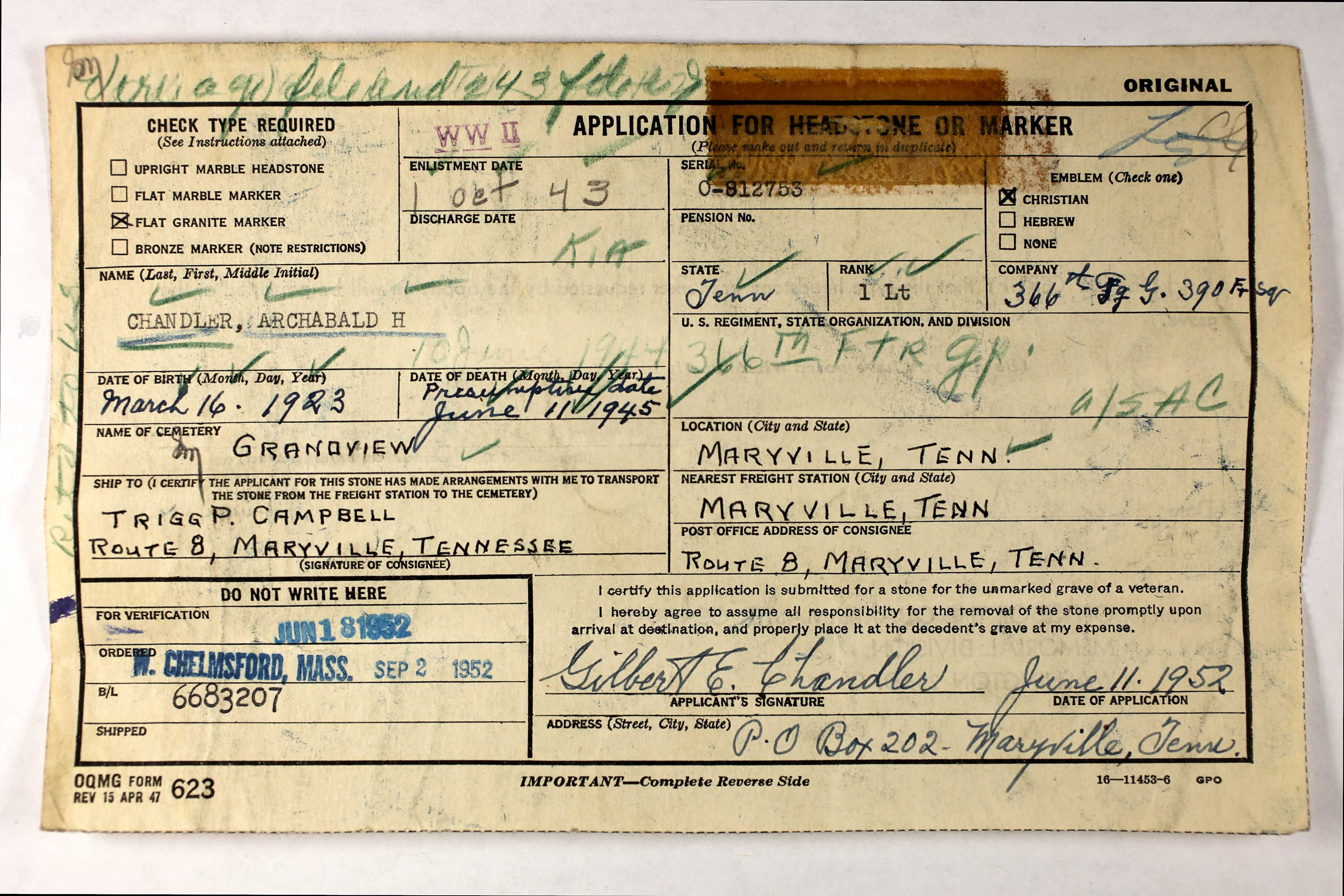 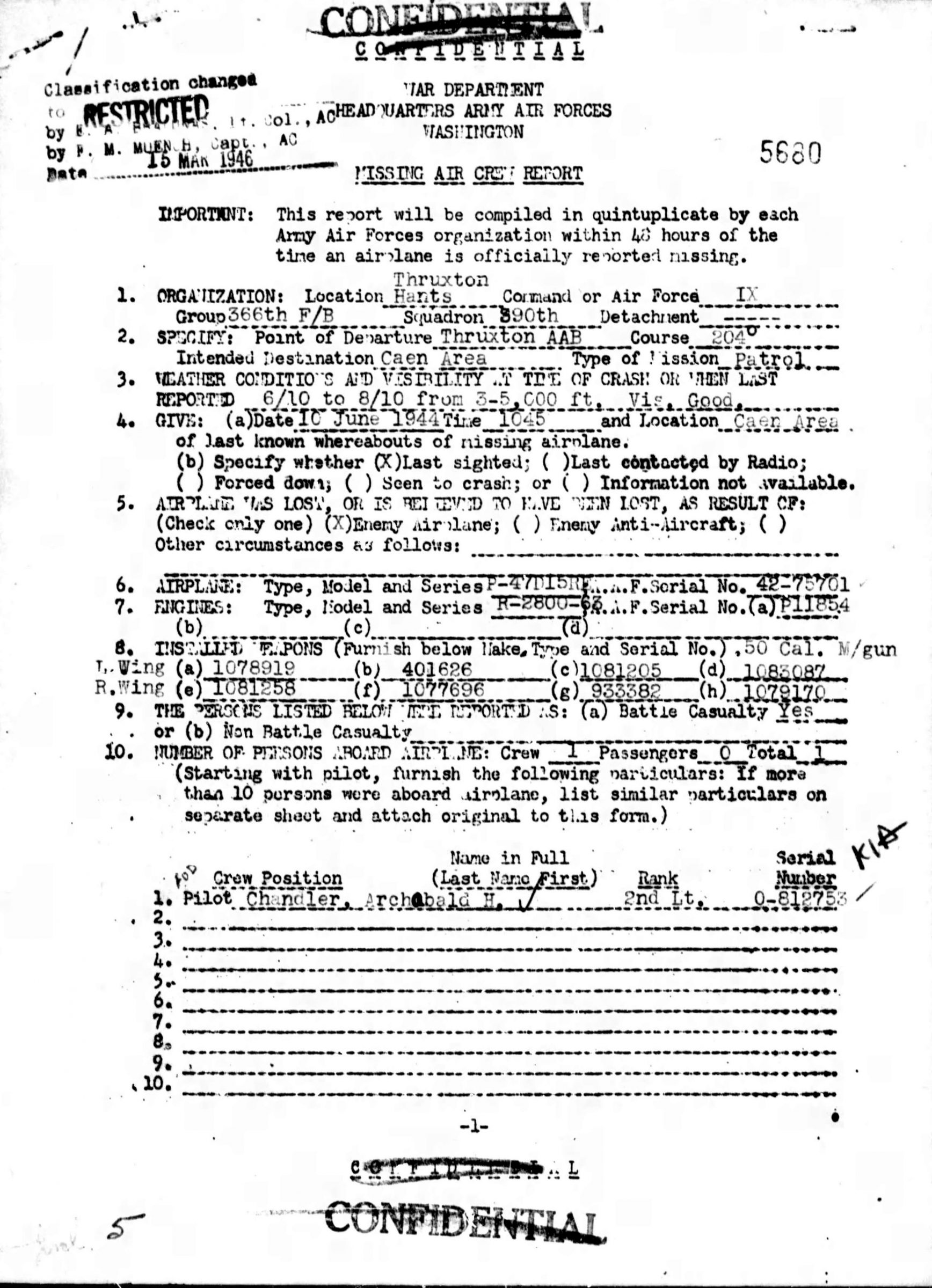 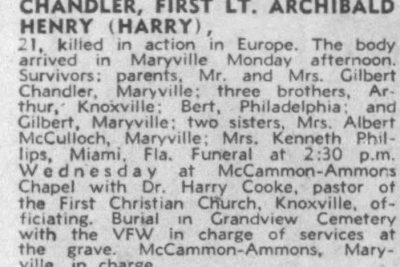