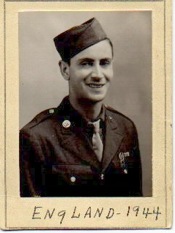 Andrew James Scalf enlisted in the U.S. Army from CP Forrest, Tennessee on 8 October 1942 as a Private. He attended grammar school and worked as a chauffeur. Fort Stewart, Georgia, was the site of Andrew Scalf’s induction into the Army and his basic training. He was stationed at Fort Stewart until the entire 455th Anti Aircraft Artillery, Automatic Weapons group “shipped out” for Glasgow, Scotland, in September of 1943. During this journey, their transport ship, the USS General George Simmonds, had to detour to Hailfax, Nova Scotia, because of mechanical problems. At Nova Scotia, the entire 455th boarded the luxury liner, HMS Queen Elizabeth, and steamed into Glasgow, Scotland. From Scotland, the 455th AAA boarded trains and traveled to installations in Watton, England. There, they would establish AAA around the airbases in East Anglia.
The 455th remained in England from September 1943 until the end of June 1944. In July, the 455th landed on Utah Beach and joined the European mainland campaign. Private First Class Andrew Scalf fought with the 455th until General George Patton requested additional front-line infantrymen. For the second time, Andrew volunteered for this hazardous duty. In November of 1944, Andrew Scalf joined the 137th Infantry, 35th Division. The battles were extremely rough, especially in The Battle of the Bulge. He was with his group in February in the woods in Gerderath, Germany (close to Aachen, Germany and Margraten, Holland) when he was struck with mortar shrapnel and killed instantly. 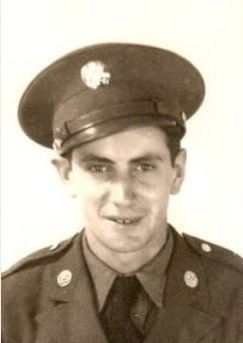 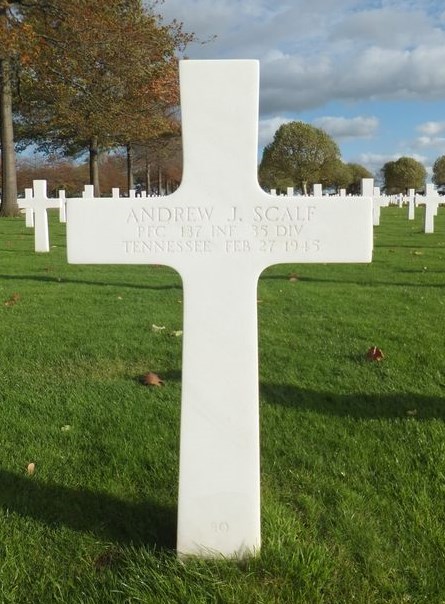 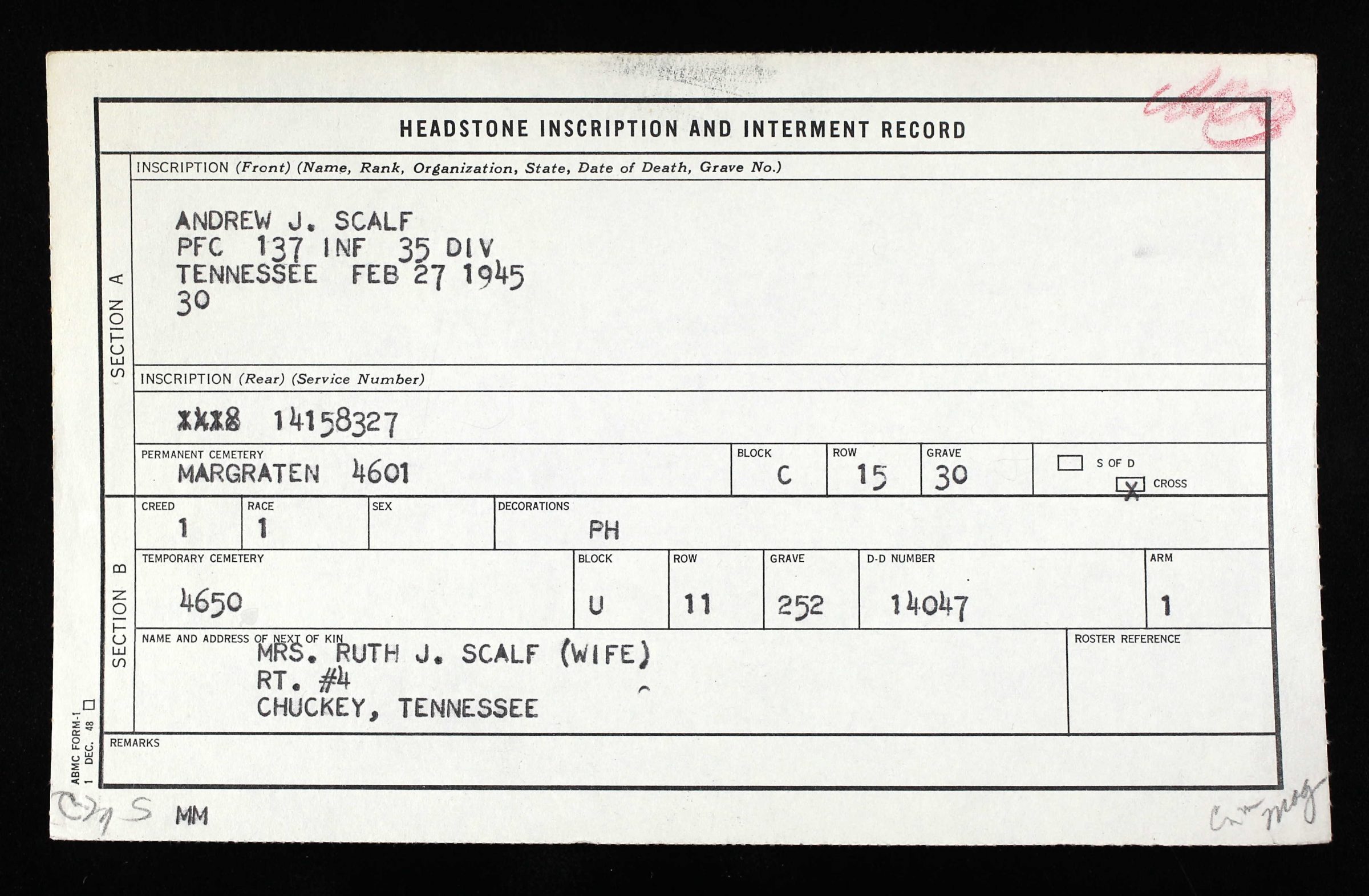