For his actions on November 12, 1942 aboard the USS San Francisco he was awarded the Navy Cross:

The President of the United States of America takes pride in presenting the Navy Cross Posthumously to Seaman Second Class Andrew Jackson Gandy, Jr. NSN 6402368, United States Naval Reserve, for extraordinary heroism in the line of his profession as Gunner, while serving on board the Heavy Cruiser U.S.S. San Francisco CA-38, during an engagement with Japanese naval forces near Savo Island in the Solomons on the night of on 12 and 13 November 1942. With a complete disregard for his own personal safety, Seaman Second Class Gandy courageously refused to abandon his gun station and fearlessly remained at his gun. In the face of certain death from an onrushing enemy torpedo plane that had been set on fire, he maintained his accurate gunfire until the plane crashed on his station. He was killed in action. His unflinching bravery and gallant conduct were in keeping with the highest traditions of the United States Naval Service.
General Orders Commander South Pacific Area and Force Serial 066 November 24, 1942
Action Date November 12 – 13, 1942
Service Naval Reserve
Rank Seaman Second Class
Division U.S.S. San Francisco CA-38

Seaman First Class Andrew J. Gandy was Buried at Sea. He is memorialized at Fort William Mckinley, Manila, The Philippines. 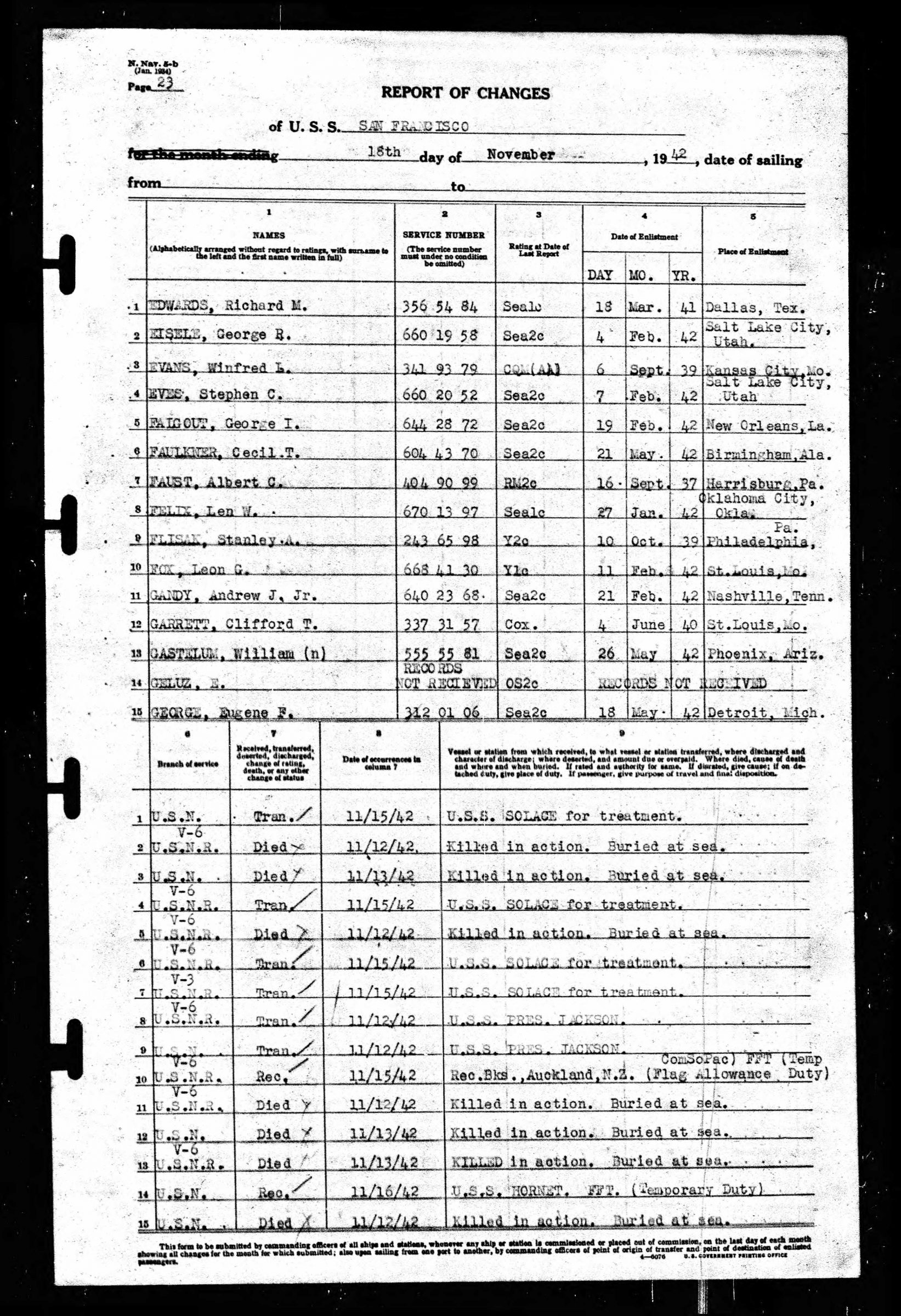 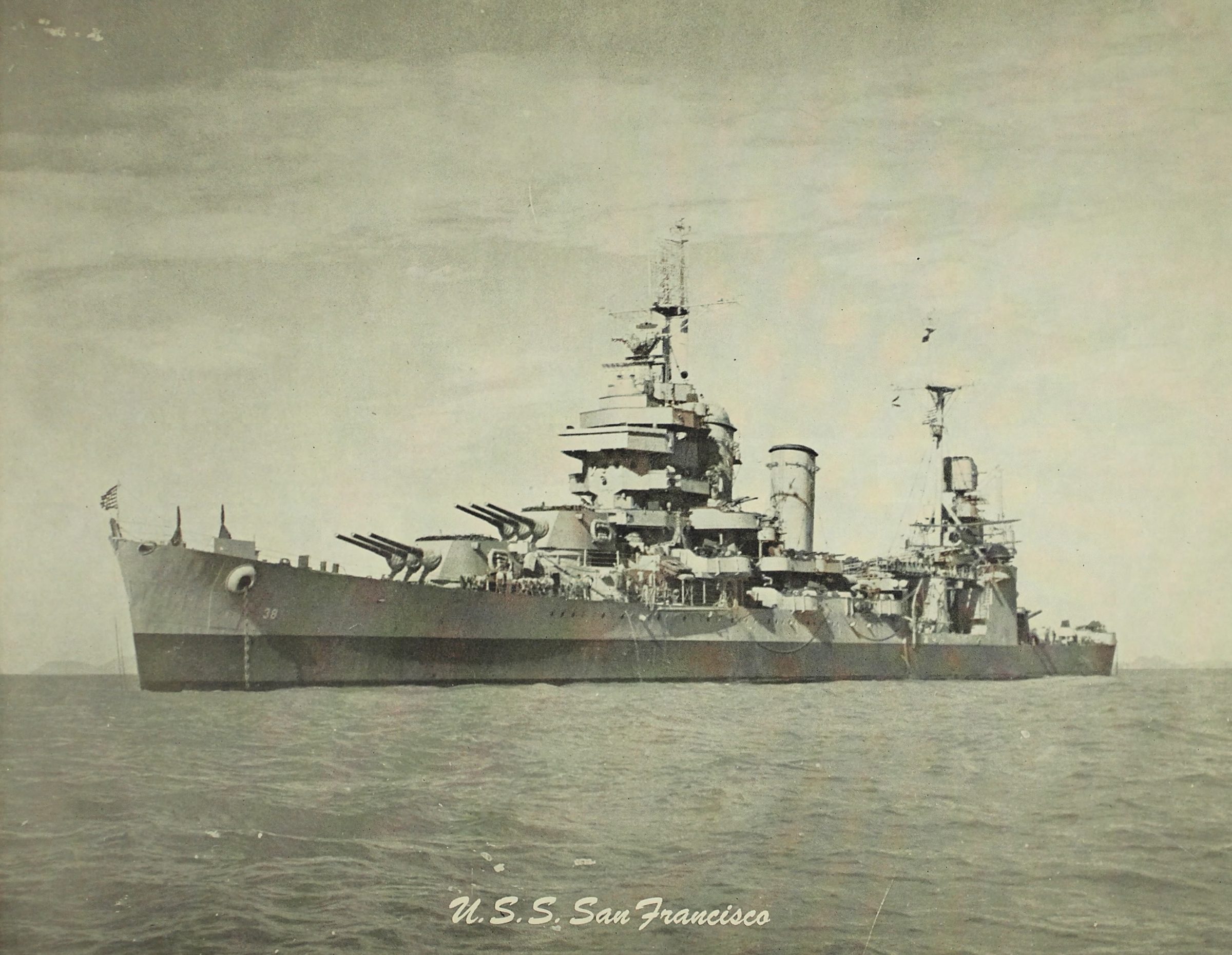 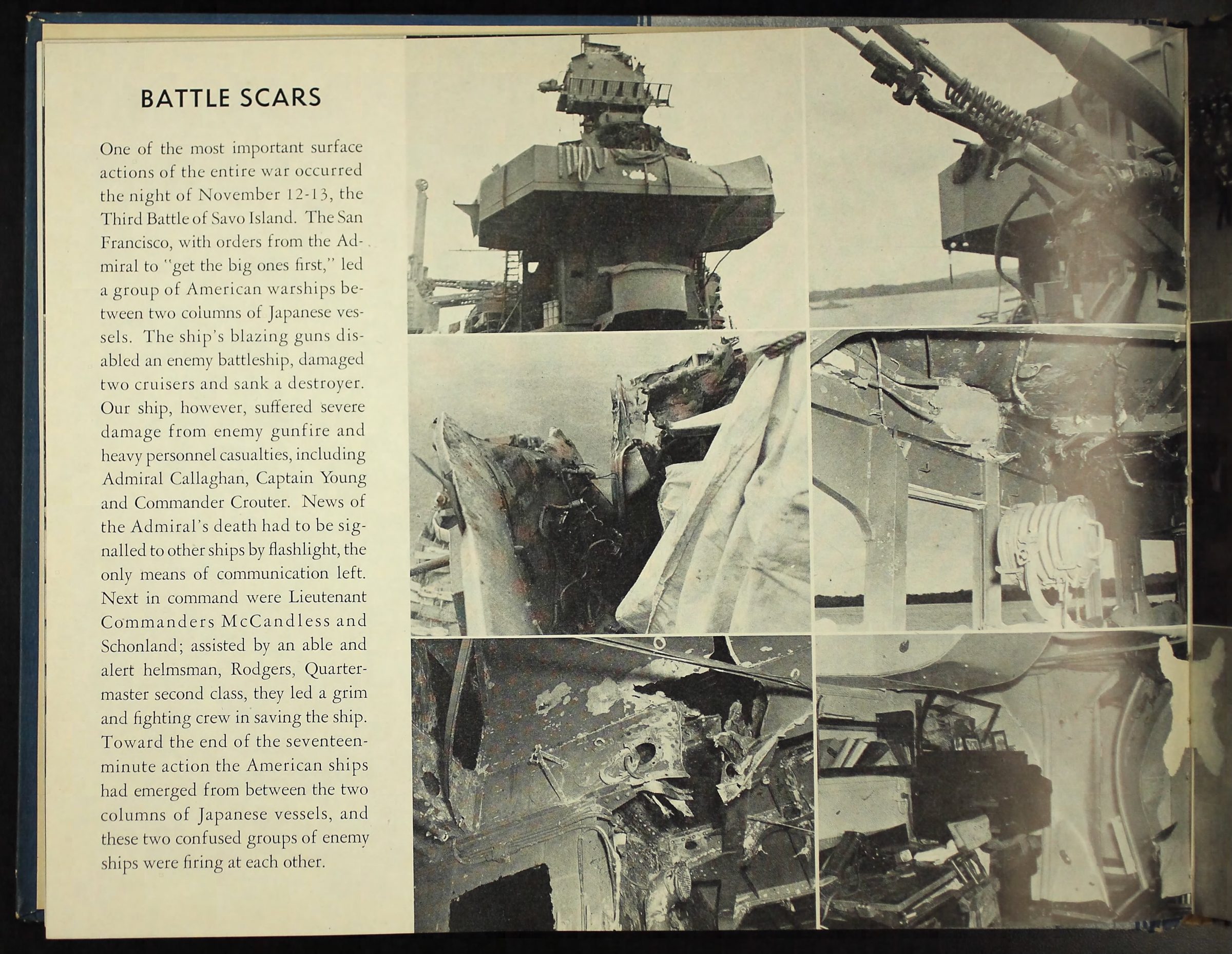