Andrew enlisted in the US Army on August 17, 1950, about a month before his 19th birthday. Recruit Ladd was assigned to the 3rd Armored Division, Tank Battalion at Ft. Knox, Kentucky.

He died on October 22, 1950 while stationed in Kentucky with his Battalion. Andrew was returned to his home in Pikeville, Tennessee, and buried at Blackburn Cemetery. 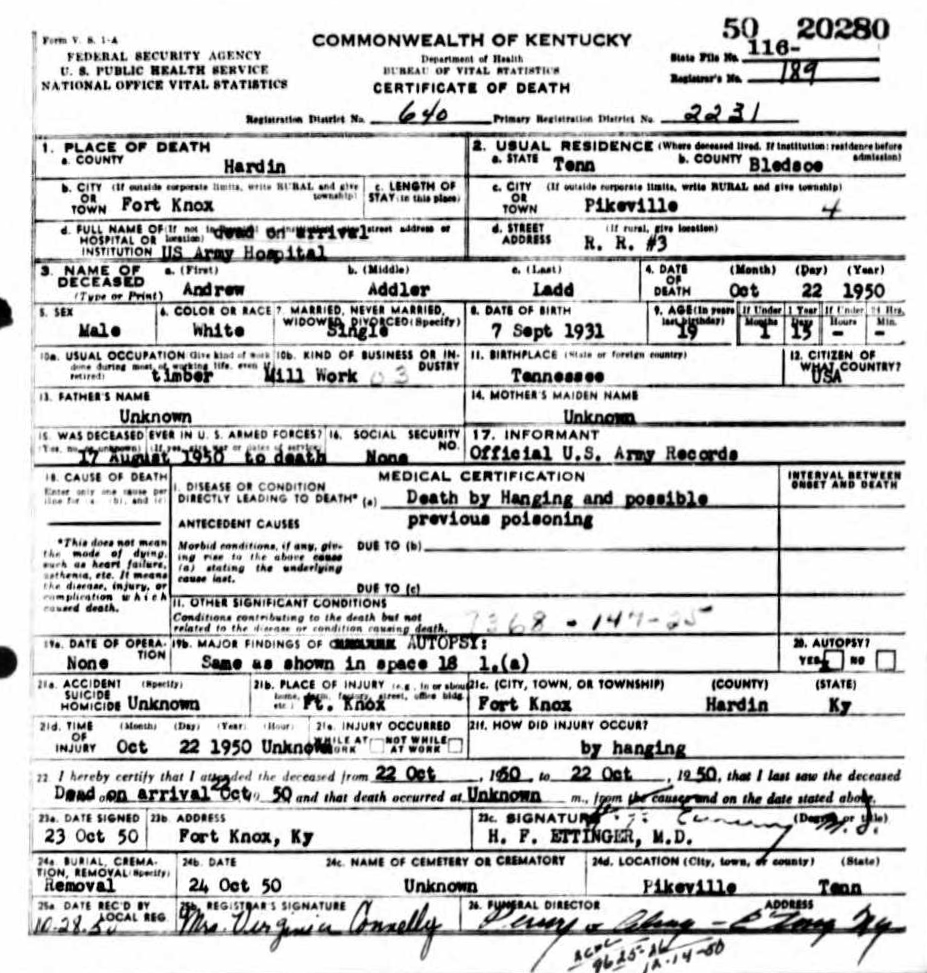 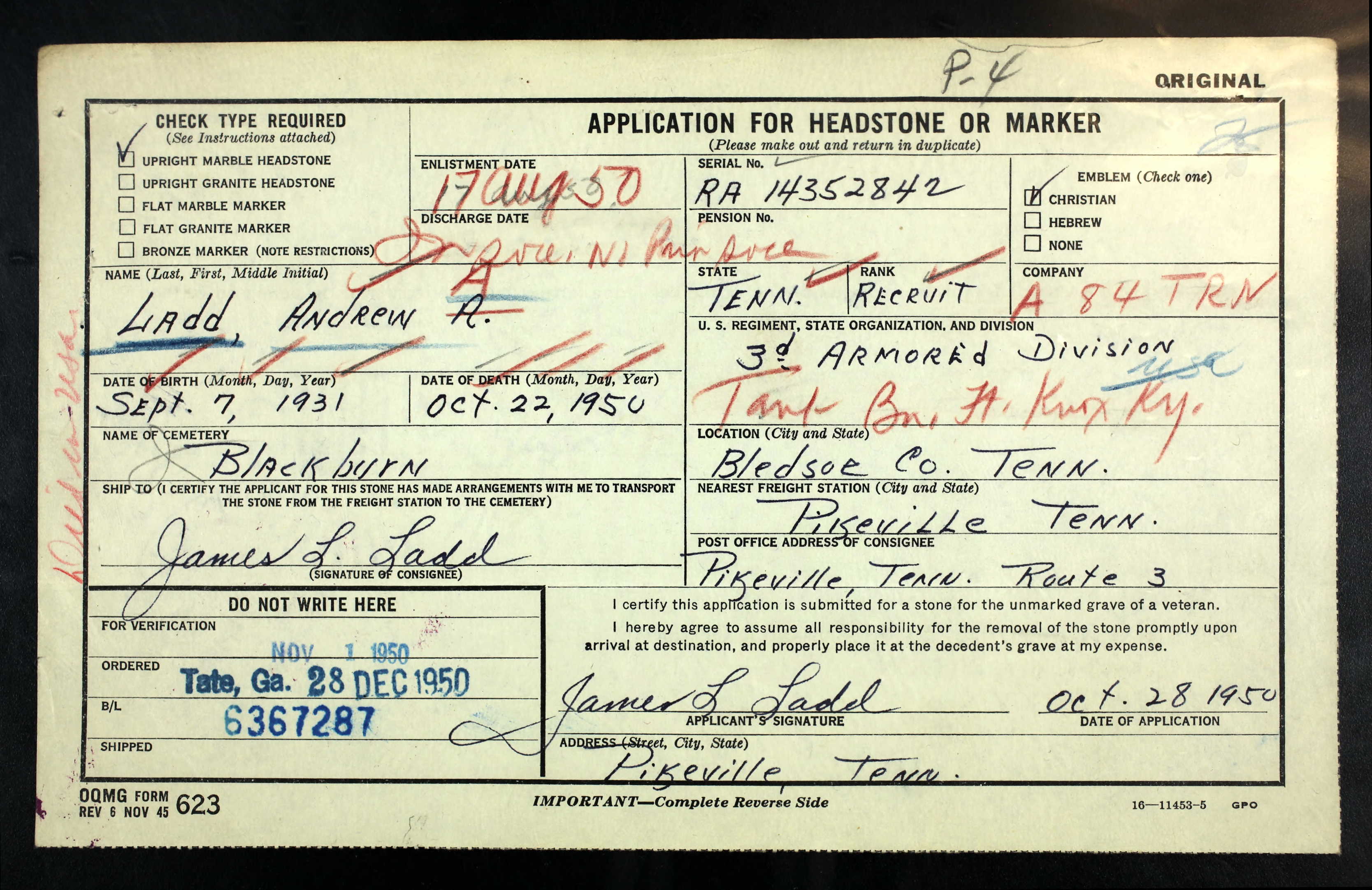