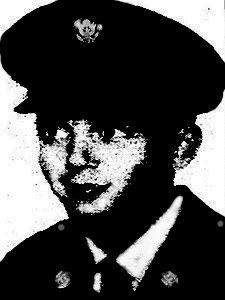 “Skip joined the ‘Bright Knight’ element in Dec ’68. We were recovering from a bad time in war zone ‘C’ and I received three new platoon leaders. I spent the next four months with Skip and never had a better combat platoon leader. In fairness all my LT’s were good, but Skip had the Knack. His guys could step off a helicopter and find a fight. They did good work and Skip with his happy outlook in tough times was a pleasure to be around. I last saw Skip at Cam Ranh Bay in 03/69. I was going home and he was headed for R&R. I was at Fort Benning a few months later when I heard we lost Skip. I cried. You always wonder if you could have made a difference had you been there. It just hurts to lose our best and brightest. Skip, you did good and made a difference to the snuffy’s that carried the rifles in 3rd Platoon, C Company 1 BN 8 CAV, 1 CAV Div.” – Eugene Colgan

“Served with Skip at Ft. Benning from 11/25/67 to 2/15/68 through IOBC (Infantry Officers Basic Course). We met again in 4/68 at Cam Ranh Bay’s O-club. He had just returned from a Hawaii R&R with his wife and I was on my way to R&R in Bangkok. He told me how they spent most of the time just getting to know each other all over again, especially after what he’d gone through as a platoon lead. / IN REMEMBRANCE OF SKIP 3/5/99 & 3/8/99 (after seeing ‘Saving Private Ryan’) / Rest easy, my friend. We haven’t taken ev’ry hill, But we haven’t given up either.” – Gerald Ney 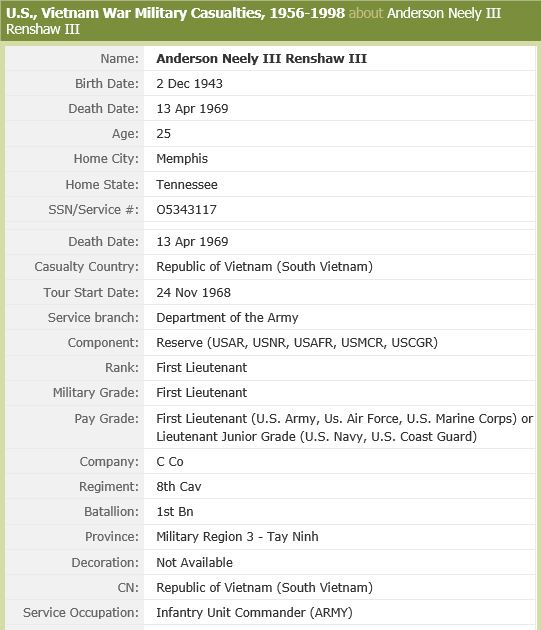