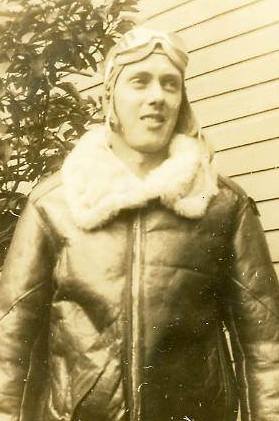 Entered the Service From Tennessee

Aircraft B-17G with serial number 44-8046 departed from England on a objective bombing mission to Politz, Germany. The aircraft was hit by intense and accurate flak. The #2 engine and perhaps #3 caught on fire. The aircraft went down in a steep dive, spiral, or flat spin. Engine and piece of the right wing came off. Then a section of the tail came off. The plane blew up or fell apart; some pieces seen to land in Stettiner Haven.
From two to nine chutes were reported, of these one was reported on fire as it left the plane, and another came out when the plane fell apart or exploded. Four chutes reported from the nose and three from the waist, the one reported on fire was from the waist.
The aircraft apparently did not drop its bombs. The bomb-bay doors were seen to close near what should have been the correct bomb release line. Then the aircraft was hit by flak. 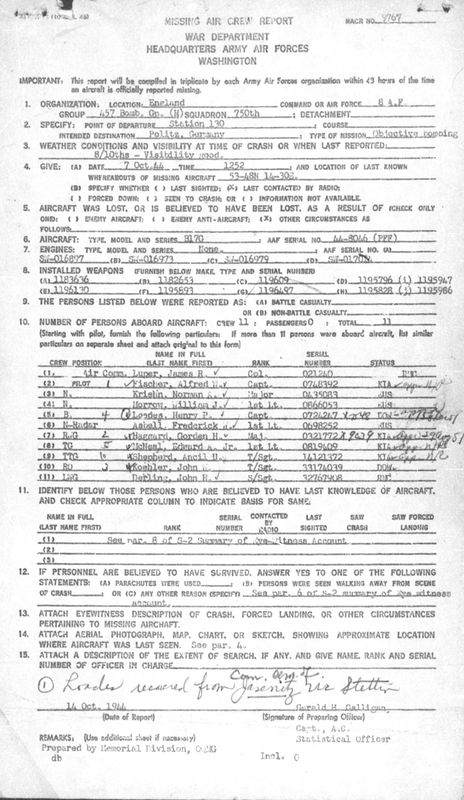 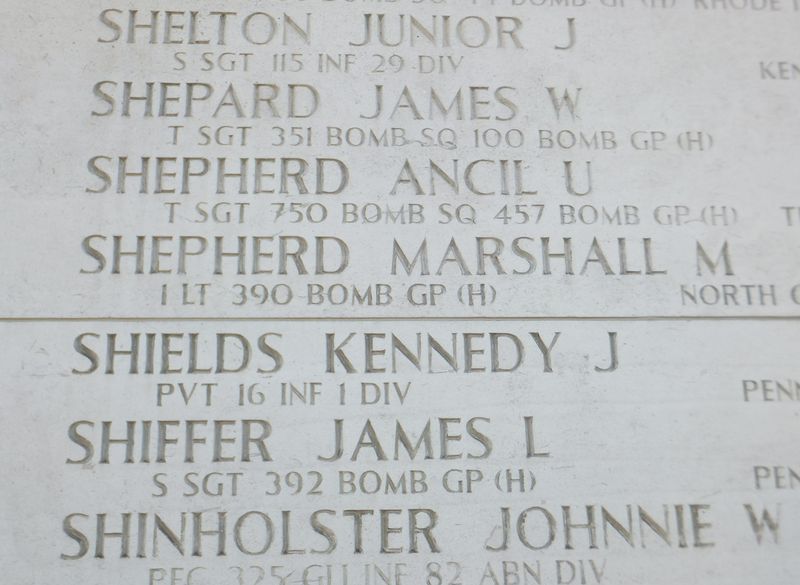